I have Markov chains with a pair of absorbing states taken from the $n$-length strings formed from {"H","T"} for n at least 3 (generally 3 or 4), for example

and with other states with names "leading up" to those states through the addition of either "H" or "T" to the end of the name of the previous state, from an initial state of "". For example the chain for the pair states "TTH" and "HTT" would have states

I would like to represent the Markov chain for the transitions among these states as a graph with the nodes arranged according to their length as, for example in 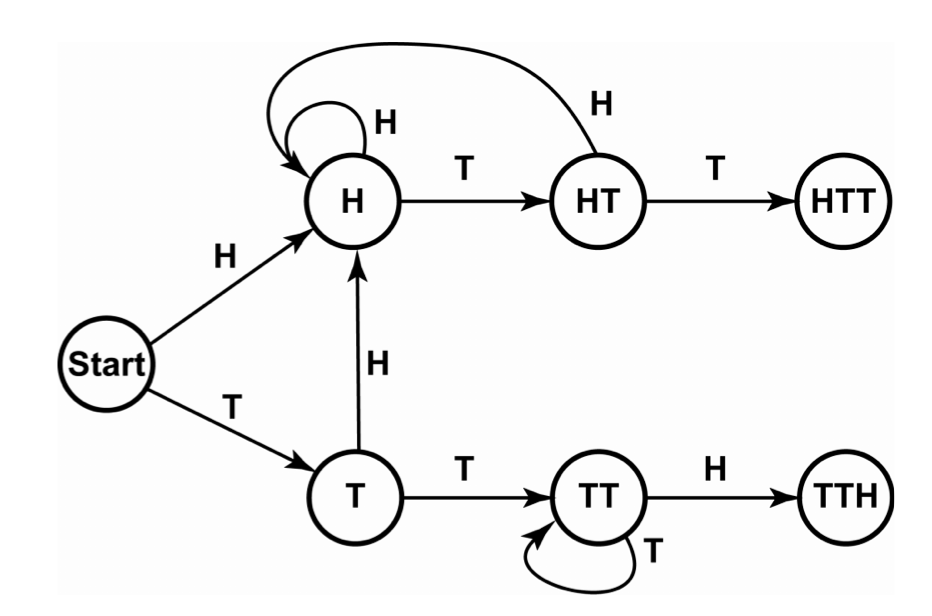 but Graph does not arrange nodes this way by default,

and I can't figure out how to achieve a finer control over the node arrangement beyond what is offered by GraphLayout (though in some cases, as for this example, choosing "LayeredDrawing" comes close).

Ideally the approach should be able to take something like

and use VertexLables to automatically position the nodes in the Graph (the numbering and ordering of nodes is not guarantee, only the names). This should also work for "degenerate" cases such as 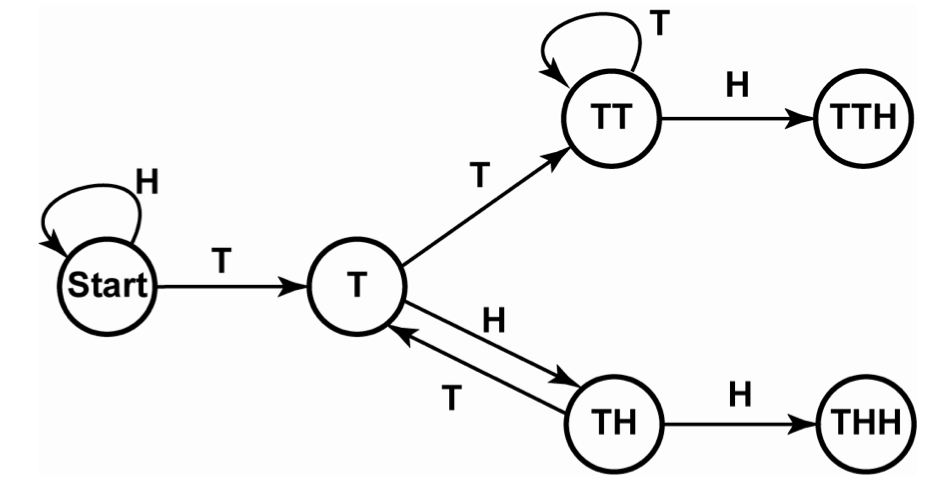 and for longer absorbing states such as 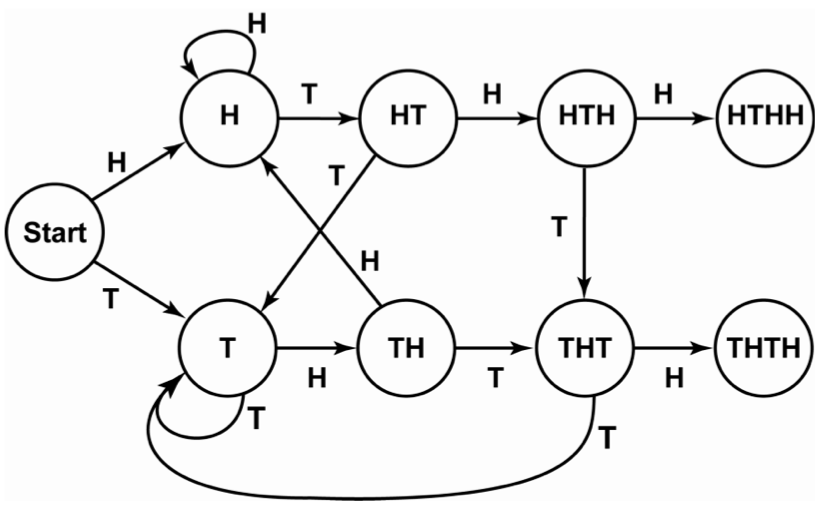 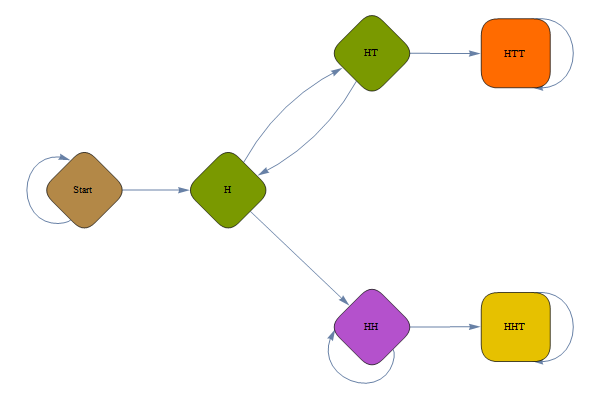 1
How can I stop DiscreteMarkovProcess[] from relabeling vertices?
7
How to add new nodes to an existing graph with fixed (coordinates) nodes?
6
Nicely illustrating the evolution and end-state of a discrete-time Markov chain
2
How to obtain the number of Markov Chain transitions in a simulation?
2
Lack of arrows in Markov Chain graphs
4
Use (network) graph as vertex
4
How to format vertices and control placement in a directed graph
5
Finding Source and Sink Nodes and Paths in a Directed Graph
3
Graphing Markov chains / decision trees