I would like to make easy to change the variable for which I am making a set of plots. Say I want to plot Sin, Tan, Cos and other functions of the same argument. To quickly switch from plotting it as function of x or y I wanted to use a "dummy" plot variable var and assing it to y or x depending on the need.

Unfortunately this doesn't quite works because var in the range specification {var,1,2} is not evaluated.

plotting dynamic
share|improve this question
edited May 5 '14 at 14:04

You need to force evaluation of the x interval list: 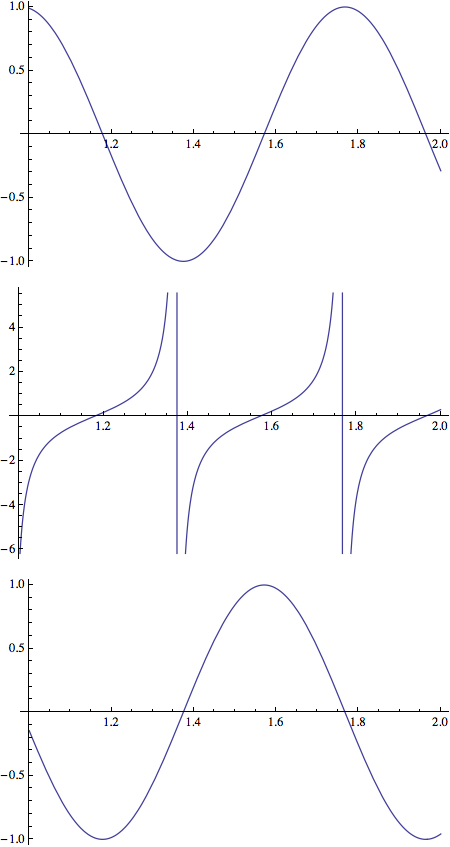 share|improve this answer
answered May 5 '14 at 17:30
community wiki
m_goldberg
$\endgroup$
add a comment  |

Not the answer you're looking for? Browse other questions tagged plotting dynamic or ask your own question.