I feel hesitated to ask this question, but I cannot figure out a way to increase the performance.

The problem is about running this featured example on a computer with both Intel HD GPU and Nvidia GPU. If the computer only has a Nvidia GPU, everything is smooth and fine. However, if both GPUs are installed on the computer, the performance will be very poor due to the transparent rendering and the fact that Mathematica always use the Intel GPU for rendering. Even if I set Nvidia GPU as the default one to use for all programs and explicitly run Mathematica with Nvidia GPU, this example is still run with the Intel GPU...

I wonder if there is a way to fix this? Furthermore, can we explicitly tell Mathematica which GPU it should try to use by using a Style-like statement similar to this answer?

I am running on a windows 7 laptop with following configurations, 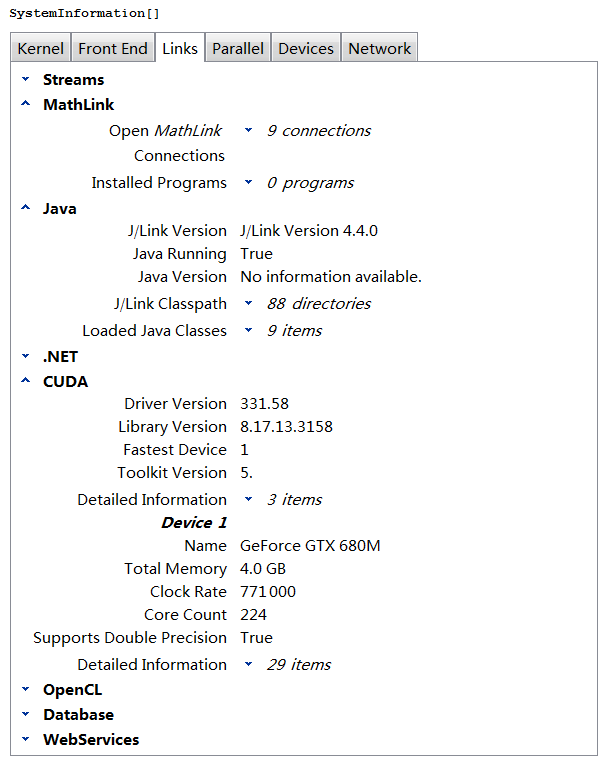 I have reported this problem to Wolfram.

Browse other questions tagged or ask your own question.

15
How to run a Mathematica program using command line on windows?
15
Hardware Performance Metrics for Mathematica
3
Plot a solid generated by a family of surfaces
18
OpenCL stopped working‏ in Mathematica 10.2
6
All Graphics3D commands crash
2
Does ParallelTable work with Co-Processors?
2
3D Graphics causing artifacting and crashes
10
Which processor and graphics card to use for my Mathematica license
4
Can this multinomial probability query performance be improved?