I'd like to display the positions as Spheres though. For some reason, even though I am combining the two graphical elements, only the spheres are displaying, and I cannot see the orbit lines at all. Would anyone be able to pinpoint what I am doing wrong in my code?

For the record, I tried putting the graphics primitives in a single Graphics3D and combining the spheres and lines into a single list of primitives, but that was throwing up too many problems so I figured this way would be more straightforward.

The orbit path is given in astronomical units whereas the position is given in meters, so you have to scale: 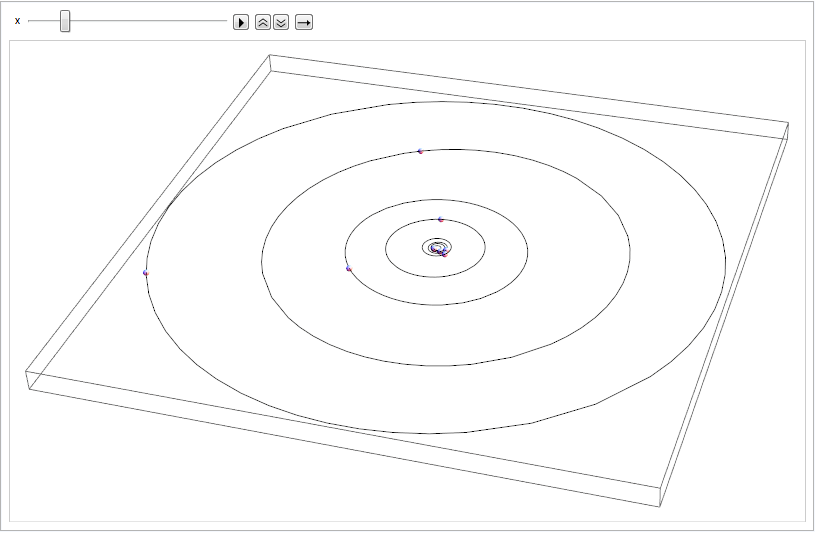 Not the answer you're looking for? Browse other questions tagged graphics3d animation curated-data astronomy or ask your own question.