After spending some time using the Mathematica documentation and this Mathematica.SE answer, I implemented the Runge-Kutta-2 routines.

I am hoping someone can validate what I did and tell me that it is correct (especially the Butcher Tableau I used) and the step size $h = 0.1$.

We can find a closed form solution to this problem as:

There is a hint of this at Wolfram's Reference page.

Note: I am embarrassed to say that I did not totally understand ClassicalRungeKuttaCoefficients (other than the coefficients).

differential-equations code-review
share | improve this question | |
edited May 11 at 14:02

The problem with your original code is that the order argument you specified (4) is in fact not the same as the order of the midpoint method (2). Thus:

For comparison purposes, here's the Butcher table for Heun's method:

We can now pass the Butcher table to NDSolve[] like so:

and check that the results are as expected: 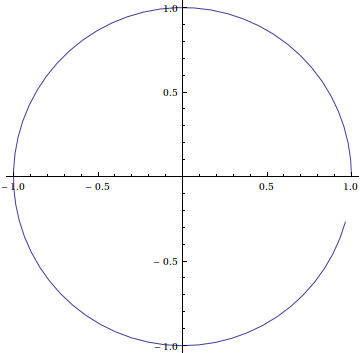 Lastly, is there an automated way to update and step through each variant of RK-2, RK-3, RK-4, ... without having to manually enter the Butcher values ... ?

In principle, one could certainly use Mathematica to solve the underlying algebraic equations satisfied by the coefficients of an $n$-th order Runge-Kutta method. But, as noted in the venerable book of Hairer/Nørsett/Wanner, the so-called order conditions very quickly become more numerous and complicated as the order is increased, so one often relies on trickery and/or approximations to generate usable higher-order coefficients. So, you could try, but you'd find it way easier to stand on the shoulders of giants.

Not the answer you're looking for? Browse other questions tagged differential-equations code-review or ask your own question.