Don't understand why Mathematica is complaining about my Graph expression; how can I fix it?

The Tube in Arrow problem is fixed in version 10. Note that in version 10 Graph3D must be used with 3D coordinates.

In Mathematica 9.0.1, when I evaluate

No error message was printed, so Quiet is ineffective, yet the output is highlighted in 'error red' and on mouseover it states:

Coordinate index -1 is out of range for the enclosing GraphicsComplex.

However, the coordinates have clearly been implemented in the Graph, so I would like to simply silence this error just as Quiet or Off would for error messages.

I've only encountered this problem in the above context, but suspect the solution is simple. Does anyone know of a solution?

tl;dr In version 9 Tube inside of Arrow is not handled correctly. This bug is fixed in version 10.

Version 10 and later explicitly supports 3D coordinates for graph vertices, but only when using Graph3D.

I was surprised that Graph supports 3D coordinates at all (!!). Layout algorithms supported in Graph are 2D only.

The problem doesn't seem to be with Graph itself but the Graphics3D object it translates to. Here's a smaller example of the same:

Show converts it to a Graphics3D object. If you look at the input form, you'll see expressions of the form Arrow[Tube[{1, 2}]] where 1 and 2 stand for 3D coordinates.

This is a valid and documented specification for 3D Arrows and this works fine in Graphics3D:

But this doesn't seem to work:

It causes the errors you see.

I consider this to be a bug. I'm optimistic it'll be fixed in the next release, but of course it's always a good idea to report bugs you find to support!

Until then, you can use one of two workarounds: either replace Tube with Line, or get rid of Arrow (then you won't see the direction of edges).

If g is your Graph, then just do

Wrong use of Graph in this case I believe. I think the following does what you're after: 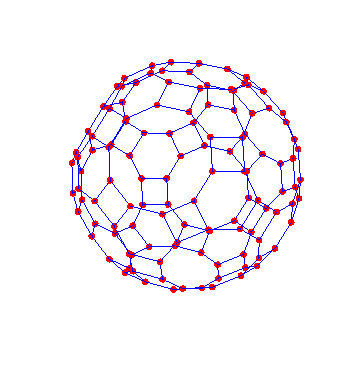 Not the answer you're looking for? Browse other questions tagged graphics graphs-and-networks graphics3d bugs version-9 or ask your own question.

3
EdgeRenderingFunction question
4
How can I change VertexWeights in a Graph?
4
Why don't the arrowheads show for this directed graph?
11
Why is Graph an atomic expression in Mathematica?
1
Why don't the graph "Path" functions (e.g. FindHamiltonianCycle[ ]) work when a graph is specified via its adjacency matrix?
9
How can I plot a layered graph on a three-dimensional plane