Interpreting text entry and splitting it in a Manipulate text field?

I have the following program that plots the number of trigram appearances across a corpus of textual information between 1964 and 1989 (apologies for the messy code): 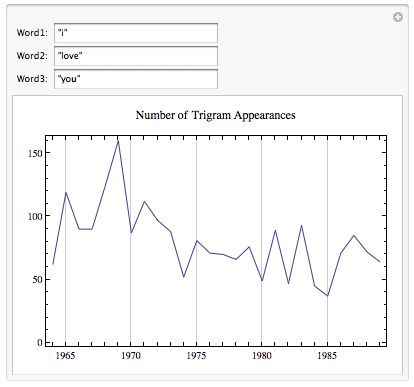 What this is doing is initially seeing how frequent the phrase "i love you" is across files like this:

Would there be a way for Mathematica to detect "i love you" in the Manipulate box, and then return responses as if it was "i" "love" "you"? So it could just be a phrase box, and it would split them in to three parts. (I have separate programs right now for unigrams, bigrams, trigrams, and quadgrams)

I think you can just use StringSplit at Whitespace characters.

Here is a toy example that might get you started. 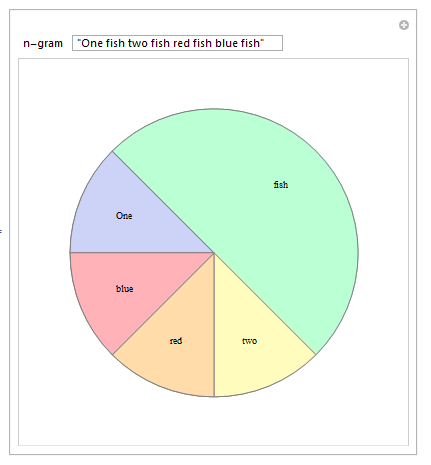 Not the answer you're looking for? Browse other questions tagged manipulate string-manipulation text or ask your own question.

7
Formatted text in a Dynamic or Manipulate control
7
Add text after label in a Manipulate graphic
1
ClickPane and InputField entry in a Manipulate
10
ROT13 and upside-down text (flip text)
3
Dynamic Text depending on output of a manipulate
3
Splitting a text file into smaller text files by line numbers using Mathematica
2
Manipulate does not work with random and text display
6
How to fully display text in the text box of Manipulate control when expanded?