how to distinguish clockwise from counterclockwise rotation

I need to distiguish the true rotation of a vector (time dependent, solution of a system of two coupled differential equation) respect a fixed vector. As showed in the follow,neither VectorAngle nor ArcCos work, because they yeld only positive results (i.e. as a counterclockwise rotation). I'm sure (from physical reasoning that the correct result is the opposite).

You can see, if you compile the code, that the plot result is: 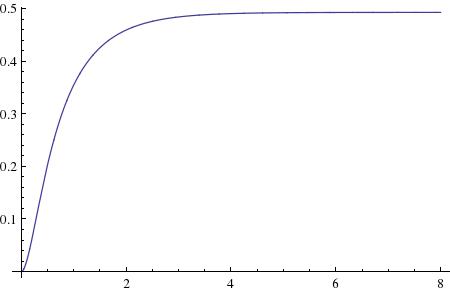 I can obtain the correct result if I put an overall minus sign in VectorAngle, but obviously this is an incorrect procedure. I show her the output just for say you what is the "correct" output (as I said previously, I motivate it by physical reasoning) 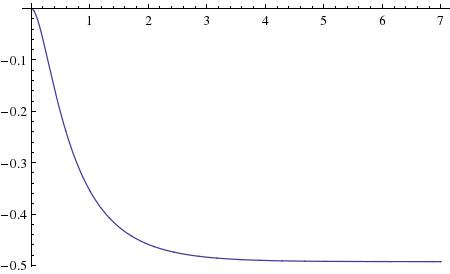 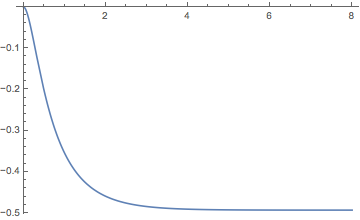 It also works this way:

Not the answer you're looking for? Browse other questions tagged differential-equations rotation or ask your own question.

3
Using the epsilon tensor in Mathematica

19
Axis/Angle from rotation matrix
2
Rotation of a graph using manipulate
8
Rigid Rotation of a Point Cloud
1
DensityPlot, Gaussian, Rotation symmetry
1
Define a Givens rotation (or Jacobi rotation) matrix of size M
1
Calculation of the desired Rotation Matrix
2
Why the rotation degree of flow field is different from the angle specified by `RotationMatrix` function
3
The inverse problem of rotation of stress matrix
5
Text rotation in GeoGraphics