I want to solve the following problem symbolically, using Probability:

What is the probability of the first random variate of a set to be present more than once, if the set is constructed of random variates from a specific discrete probability distribution in a way that its' length is at most N, and any other duplicates except the first variate are removed?

Maybe that's not the most elegant way to describe the problem, but it's better than nothing.

What I would want is to reach a symbolic result using Probability in a descriptive way that is intuitively reached from the definition of the problem.

At the moment, I have only a numeric simulation to solve this problem:

It works for plots... 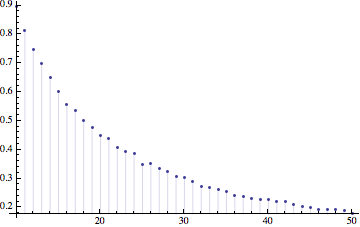 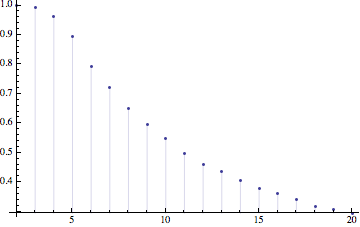 Where to start on symbolic solution?

Browse other questions tagged random probability-or-statistics or ask your own question.