I've written an interplanetary trajectory solver/plotter that plots the path taken by a spacecraft on an Earth-Mars mission, but have run into a little trouble when the spacecraft actually reaches Mars. I'm hoping to be able to get the spacecraft into an orbit around Mars upon arrival, but before I can do that I need to find its closest approach in order to apply the correct delta-v at the right time (using the wonders of NDSolve's WhenEvent function). The trajectory plot relies on the output of an interpolating function from NDSolve, and it is this interpolating function that I am trying to work with. So far I know when the closest approach occurs to within a day, and it is between days 254 and 255 of the trip. I have put the Heliocentric x-y positions of Mars and the spacecraft (between days 254 and 255) into separate tables using the following:

And have then calculated their relative x-y positions using the following:

But I am now trying to calculate the minimum approach radius (i.e. combining the x-y positions into a magnitude) from the above bits of code. My futile attempt of trying

and other similar attempts have unfortunately ended in failure. Some sample output looks like this:

But this was done manually for each entry and is not practical for hundreds of entries. From this list of radius positions, I can then use Min[] to find the closes approach point for the spacecraft relative to Mars. 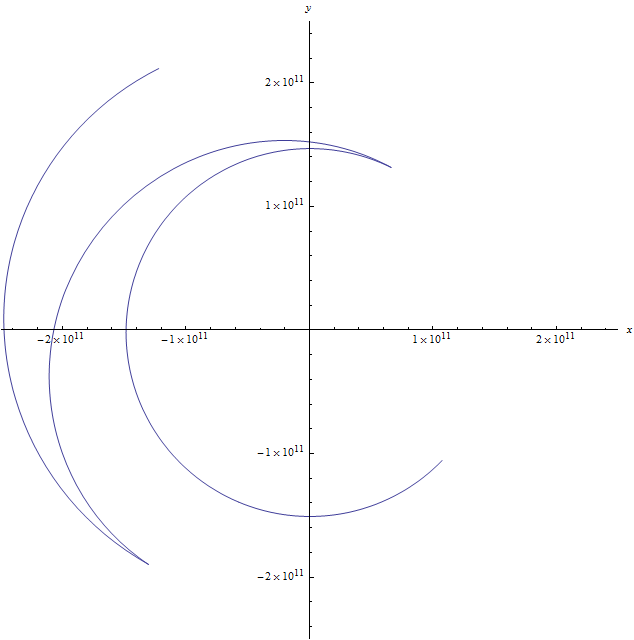 And if propagated further we can see that it gets close enough for Mars' gravity to affect its trajectory: 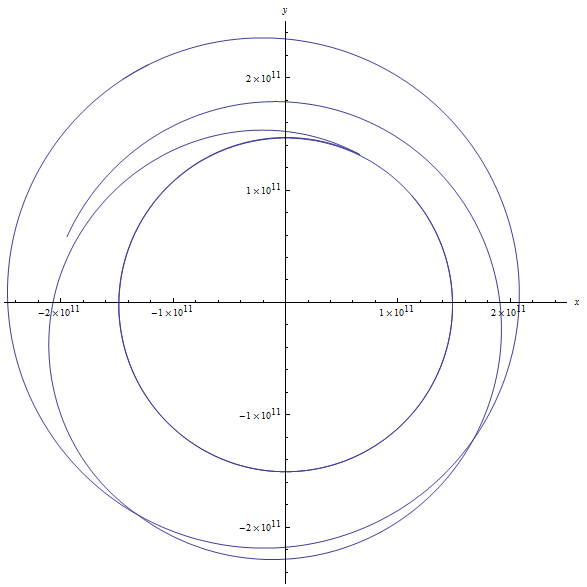 So it looks pretty close, but exactly how close it what I'm hoping to find out. Any help would be greatly appreciated.

numerical-integration interpolation astronomy
Share
Improve this question
edited May 5, 2015 at 6:50

I guess I'll answer my own question in case someone else needs to use it for future reference. The following code was used to find the minimum approach radius:

Thanks for trying to help Yves and Michael, I appreciate it.

Not the answer you're looking for? Browse other questions tagged numerical-integration interpolation astronomy or ask your own question.