Is there a package or canonical way for writing test harnesses in Mathematica?

I'd now like to simplify this function's code, and later enhance it with more features. With each change, however, I'd like to be confident that I'm not breaking previously met specifications. So, I'm looking for a test harness to run between each change.

The obvious, "poor man's" way of doing this seems to be to write a series of If[...] statements that check a given piece of code against expected output, and Print messages according to the results. Or, I could get fancier, specify my tests in a table, for example— 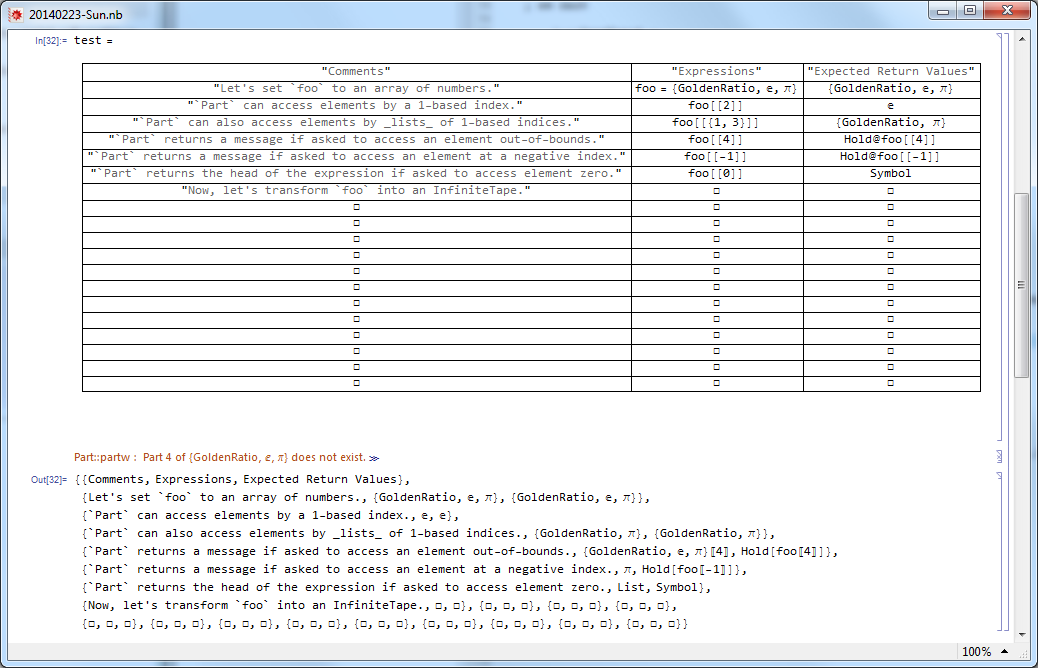 —and automate the testing. (If I were to continue down this route, then of course I'd have to Hold@ the entire table to prevent cells from executing, and write a function that Extracts each row in turn, running the expression and checking its return value.)

But, I'm wondering if there's a package in $Mathematica$ built for this purpose, or at least some canonical way of doing things that I should start getting used to, especially if I'm heading toward writing larger and larger pieces of code, maybe even packages and applications, eventually.

Googling Mathematica test harness, I've come across some pages about MUnit, which appear specific to Workbench, which I don't have.

1 In case it'd be helpful to know, my foo is essentially a data wrapper. Given a symbol, it copies the symbol's OwnValue elsewhere, unsets the symbol, then redefines that symbol with DownValues and UpValues.

Browse other questions tagged debugging development or ask your own question.

17
Replacing parts of a held expression with held parts of another expression
1
Is there a way to “hold” prefix / infix / postfix notation?

25
How to setup Team Development for a Mathematica project?
24
Best Practice to write ::usage for own package functions
98
What are the recommended settings for git when using with Mathematica projects?
12
Is there a way to find out who is importing a package?
5
Is there a way to accelerate buffering to the screen?
13
Clean package update for API/FormFunctions on Wolfram Cloud