I'm sensing this might be a rookie mistake but normally I roll my own legends but decided to try the built in legends for a ListPlot3D. PlotLegends is listed as an option for ListPlot3D but curiously in V9 there are no usage examples. On the other hand there are several examples for Plot3D. Specifically I was trying to create a legend analogous to this example from the Plot3D docs. 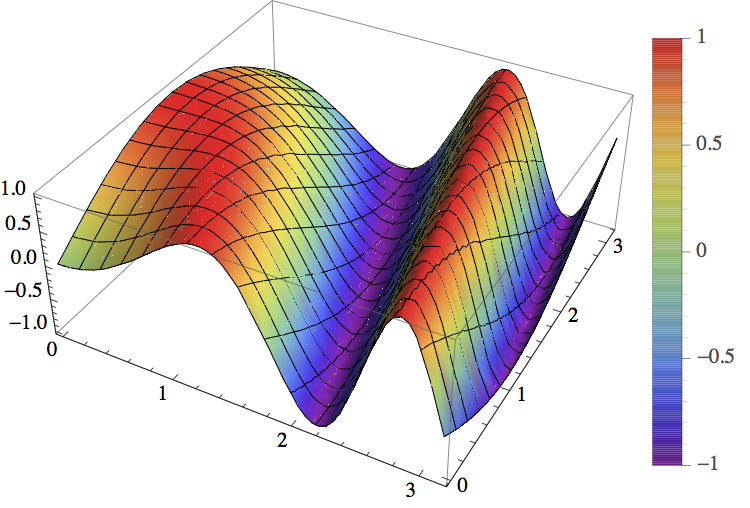 However I want to use my own specific ColorFunction but it appears that as soon as you depart from the named built-in string colour functions PlotLegends ceases to work.

I know how to "roll my own" so I am not seeking assistance with creating my own function. I simply want to know if it is possible to make something similar using the built in options for ListPlot3D, whether I am overlooking something or whether this is a bug.

From Wolfram: the current design of the PlotLegends -> Automatic option is to turn off the plot legend when a pure function (as ColorFunction) is present.

which means that this

doesn't work ...which would appear to make it a design oversight rather than a bug.

If you have your own color function, then passing an explicit BarLegend to PlotLegends seems to be the only way out. This also means that you'll have to feed the min/max for your data, but this isn't hard. Here's an example: 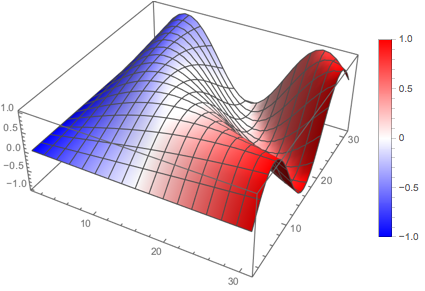 Not the answer you're looking for? Browse other questions tagged plotting graphics legending or ask your own question.

1
Customizing the look of a ListPlot3D