Simplifying just parts of an expression

I'm having trouble with the simplifications of certain expressions.
A typical example of this is the following (all my variables are positive real numbers):

Now, I want to get rid of that trivial $\log(\exp)$, so I used Simplify

This is right, of course, but unfortunately it produces an undesired effect: inside the second logarithm, Mathematica has factored $e^{-t4/\alpha}$ and $e^{-(t4+t6)/\alpha}$, turning negative powers in positive ones.
At the end of the day, I will let $\alpha\to0$, so really I'm more comfortable with negative powers of $e$ (it is apparent which terms will be negligible in the limit).

How can I tell Mathematica not to touch the argument of the second logarithm?

In general one can use MapAt to apply the operator to the specified part of expression. In your case, however, this

As Alexei Boulbitch said, you can use MapAt to direct Simplify to the desired subexpression. This always requires some extra mental effort though to figure out what is the index of the part you are interested in. It is sometimes more practical to just select the subexpression you want changed and use the Algebraic Manipulation palette, which you will find in the Palettes menu.

It's convenient to use the $Assumptions variable to set up the assumptions permanently, as you can't specify any when you use the palette. 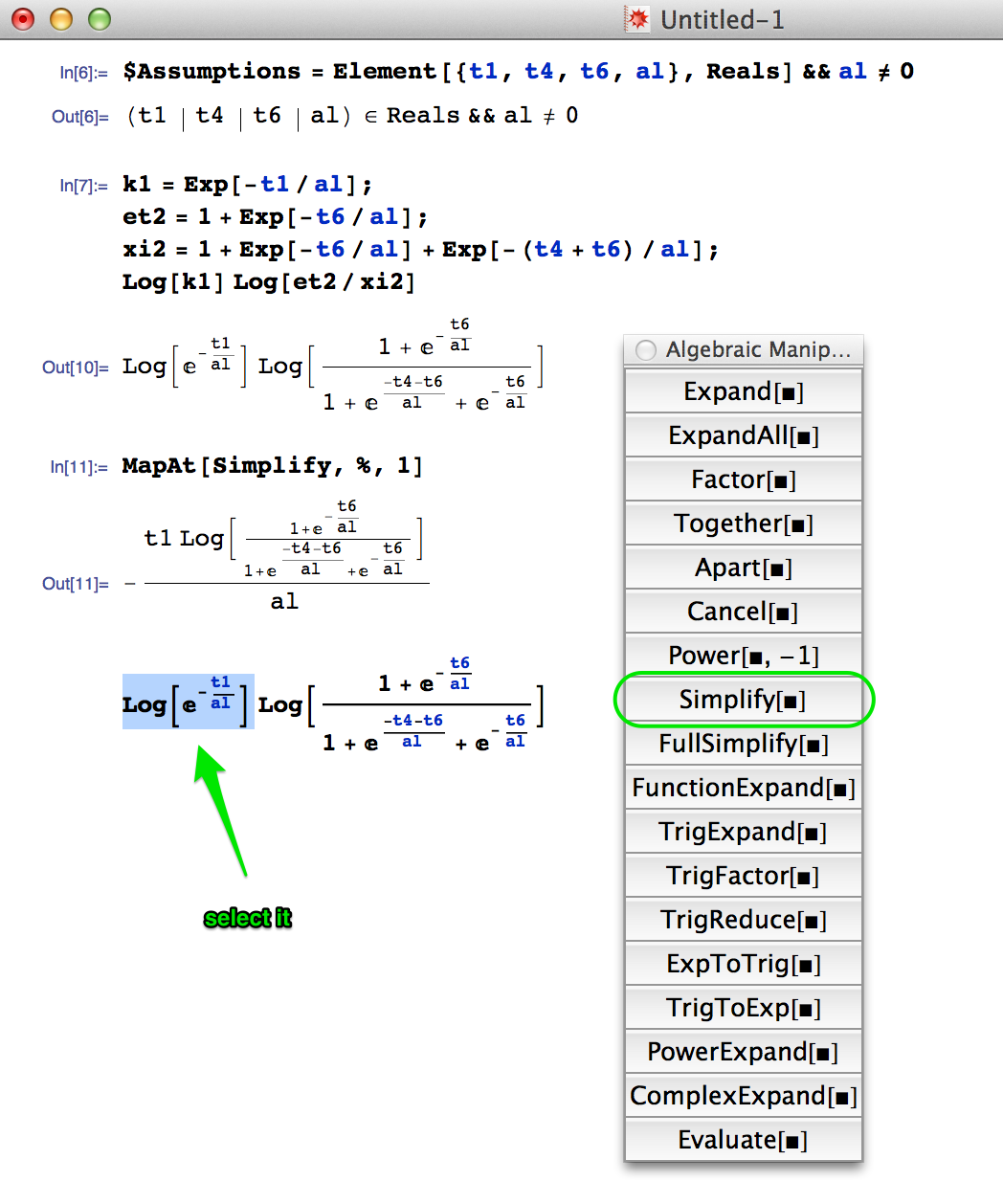 Refine seems more appropriate than Simplify. Replacing your Simplify with Refine seems to deliver the result you want

Refine just tries to apply the assumptions without transforming the expression too much. There are no guarantees, and a manual approach may be necessary, but at least in this case it seems to work

For your specific question, if you just want to use Simplify the way you did here, another route is to Hold the part of the expression you don't wish to alter: