How do I place a texture on an irregular 3D model imported from an OBJ file?

I'm trying to reproduce a textured head in Mathematica, and I'm using a kind of 'net' of a head which contains all the features on the face. The texture looks like this: 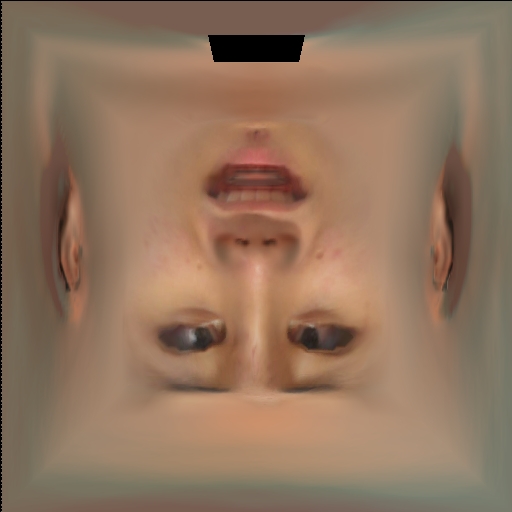 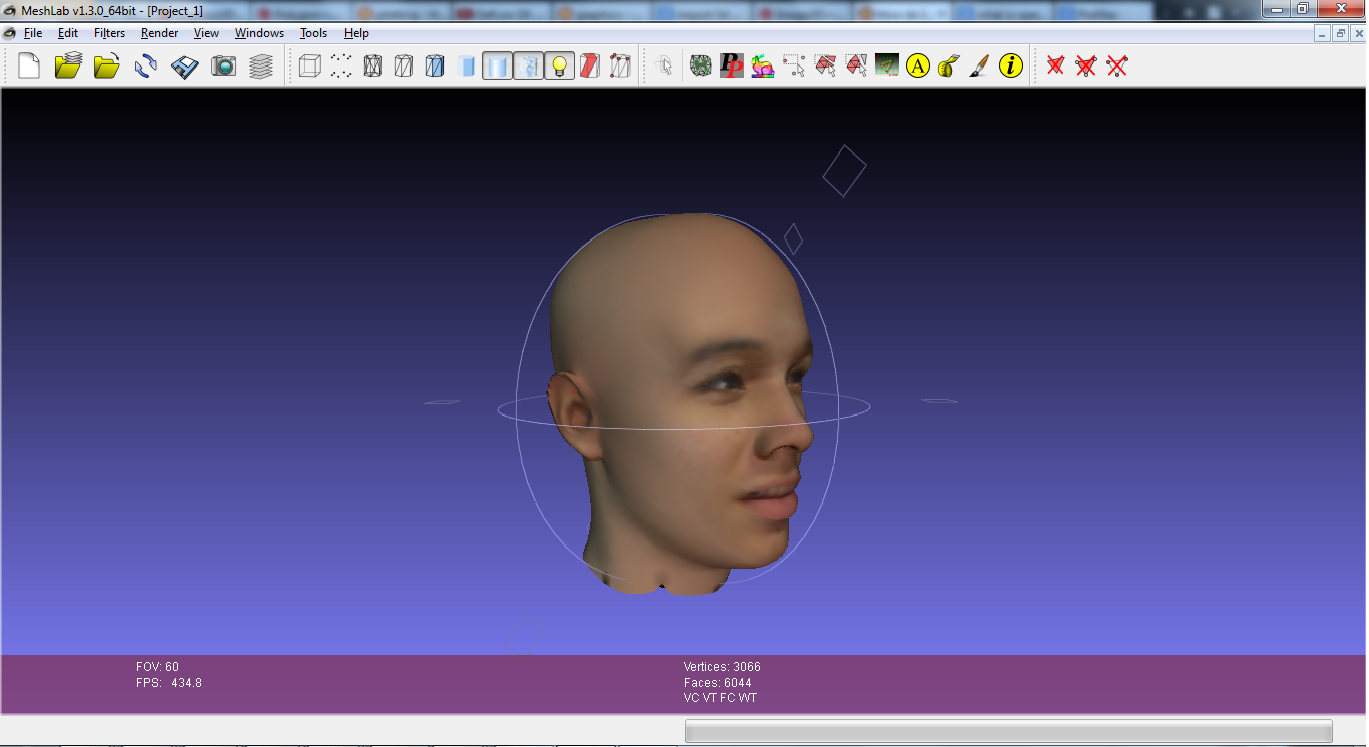 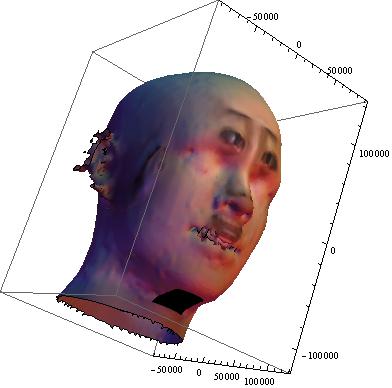 I have attempted using

but it gives me this instead 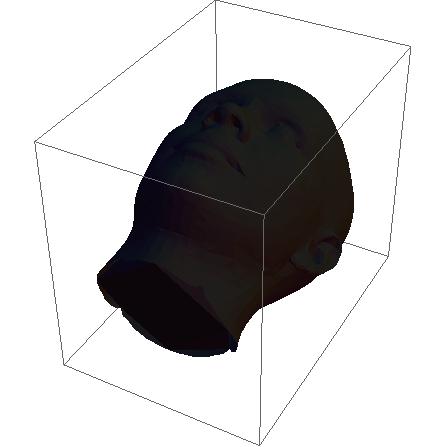 I need to be able to reproduce this in Mathematica as I have some coordinate transformations which I need to apply, and thereafter, 'wrap' the mesh with the texture. Are these possible?

EDIT: The link to the model is located https://git.io/viJXD

EDIT 2: I've tried converting the OBJ to PLY and I did this

which gave an output of

where .. was a bunch of numbers which had a Length of 3066 for both. My guess was that these are texture coordinates (where u is horizontal and v is vertical) as per the links provided by Rahul Narain.

Then, I tried doing

But that gives me this 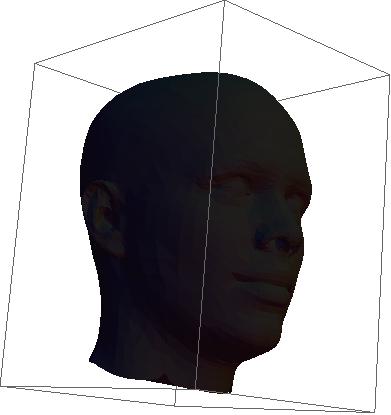 Not sure if this helps, but if you play with the texture function coordinates and change the lighting you can get something that looks reasonable:

Change the 0.3 if you need more or less of the back colored black. 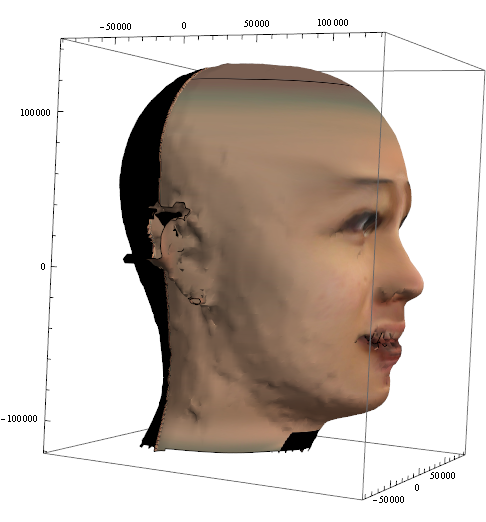 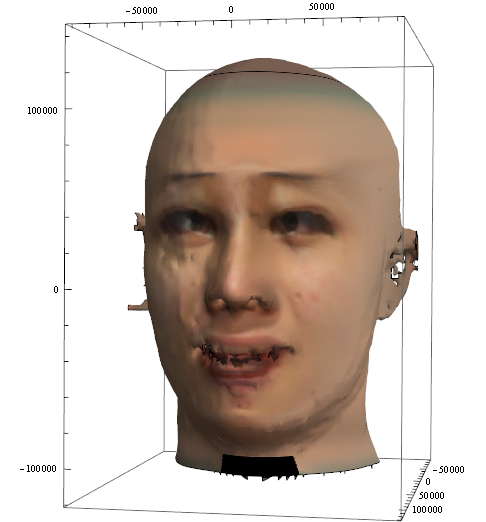 This problem came up here recently where someone wanted to do the same thing, but with a .obj file containing 264k polygons. I wrote a code for it, but my machine just wouldn't give an answer. So I found this question where the .obj file has only 6k polygons.

Here are paths to the 3D and texture files,

And here is the disembodied head: 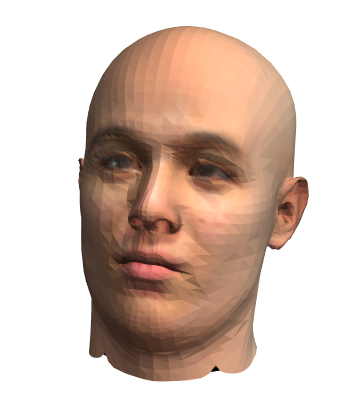 Not the answer you're looking for? Browse other questions tagged plotting graphics3d mesh textures or ask your own question.

15
How to export .mtl files for 3D textured objects

74
How to make a 3D globe?
7
How to show wireframes on imported Object / Mesh (.obj file)
3
How to color objects from a single .obj file?
13
How to display MeshRegion without vertices
0
Unwanted scaling when overlaying GraphicsComplex graphic onto image?
4
Export ComplexPlot3D as Mesh with Material
3
How to make a 3D listplot with meshlines going only along one cartesian coordinate?
2
Parametric Plot: different coordinates for texture and mesh