I decided it was time I investigated CDFs, so I created the following simple Manipulate using Mathematica version 9.0.1.0: 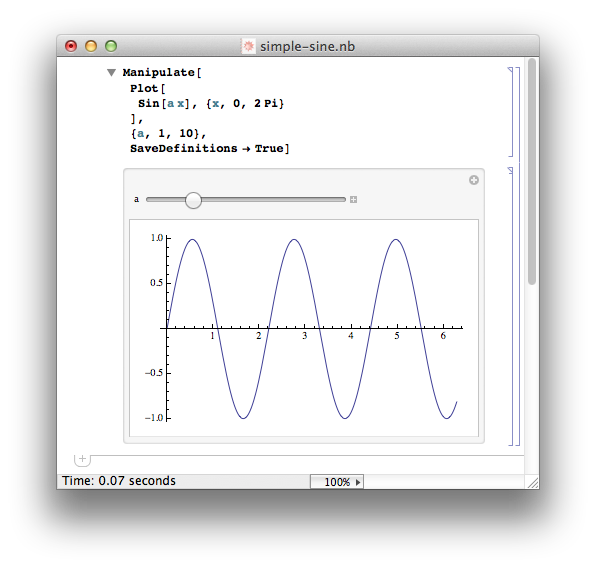 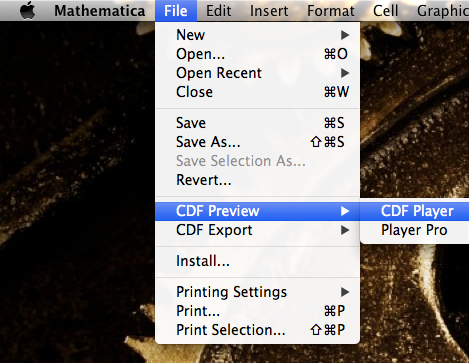 which produced a new window: 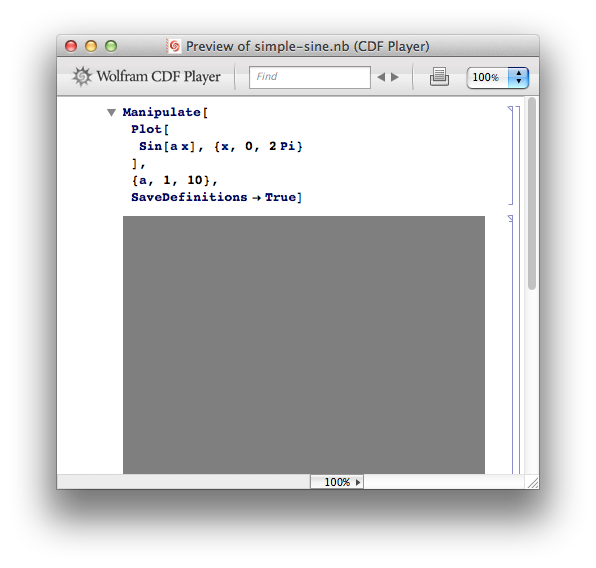 Not very interesting (a bit like yesterday's paper — flat, lifeless, inactive), but perhaps that's what it's supposed to look like at this point. I pressed on, and used the wizard (File>CDF Export>Standalone...) to save a CDF version of the notebook. 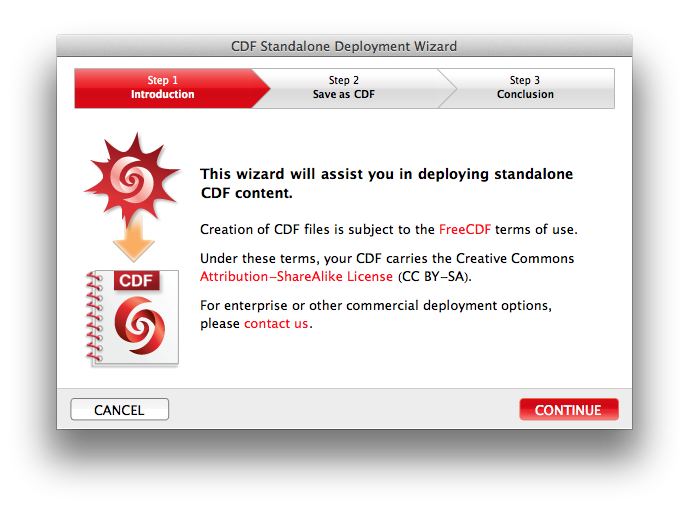 I put the new CDF file in a trusted directory, then opened the Wolfram CDF Player (version 9.0.1.0) and tried to open the file. Nothing happened - no console messages. I know that the CDF Player works, because I can open CDFs downloaded from demonstrations.wolfram.com.

The CDF file itself can be opened in Mathematica and works as expected. I tried opening it in CDF player with Mathematica running, and also after quitting Mathematica. I also tried with CDFs made using File>SaveAs... -> CDF.

I've read the CDF-tagged questions here, but can't find anything that addresses my basic inability to create a simple CDF.

I traced the problem to this line in my init.m:

I'm not sure how it got set to false, probably me fiddling with some options one day, but once it's set to True it's possible to create CDFs in the usual way.

Not the answer you're looking for? Browse other questions tagged cdf-format or ask your own question.

3
MathLink and CDF
18
In a CDF can I suppress or avoid “This file contains potentially unsafe dynamic content…”
4
CDF embedding in HTML
0
Open a pre-existing CDF file from a stand-alone CDF file
19
How can I include functions from a package into a CDF file?
7
CDF deployment issues
8
How does one create an Enterprise CDF in Mathematica 11.2 Enterprise edition?