The problem I am about to ask has appeared once here: Memory Leak in Frontend - anyone know a workaround?. However, in this question I would like to put it in a bit different context.

Example of the problem:

This example is not minimal, but is aesthetically appealing. Following the recipe, first set the history length:

Then create a graphic object. In this case, it is a set of approx 0.5 10^4 points, having random positions inside a 0.5 radius sphere, random sizes and random colors, following some colorscheme. A cylinder is added afterwards to make the object look like a tree.

Now, open the system monitor and rasterize everything:

As you can see, mathematica front-end has expanded in size by some 50 Mb! It is not all, at all. If you reevaluate the notebook, mathematica will pick another set of random points and will expand in the memory again. However, if you re-rasterize an object which has been rasterized before, memory will not be leaked.

The described behavior is clearly a bug. Say, one is producing an animation. If a given frame has been rasterized and saved, no information needs to be stored about it in the memory. Nevertheless, it gets stored incrementally.

What do people commonly do to treat this issue? How can one clear the frontend memory, which expands so obviously in system monitor after each new evaluation of the above presented code?

The code outputs this pretty tree: 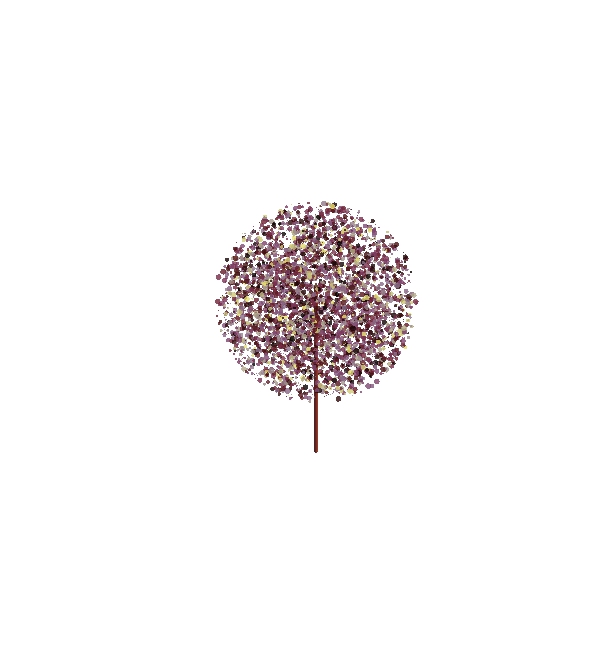 Browse other questions tagged graphics memory caching or ask your own question.

59
Implementing a first person view of 3D objects in a scene
22
Memory Leak in Frontend - anyone know a workaround?
12
Why does this simple program leak memory?
10
Crash when displaying / rasterizing graphics with textures at high resolutions

12
Memory efficient generation and selection of tuples
18
Unpacked eigenvectors of complex matrices
19
Module trash collection behaviour
12
Is there a way to control V10's undo length?
36
General techniques for creating complex animations
5
Non vector graphics display in a notebook
22
Possible Memory Leak Issues in NestWhile
4
Is it possible to get current thickness for every Line, Polygon, Circle object in a plot?