When trying to export an Image as PNG the resulting file is a completely black image. This happens only for certain images I have not been able to determine exactly which, so I uploaded a notebook that triggers it. Is this a known bug with a known fix? 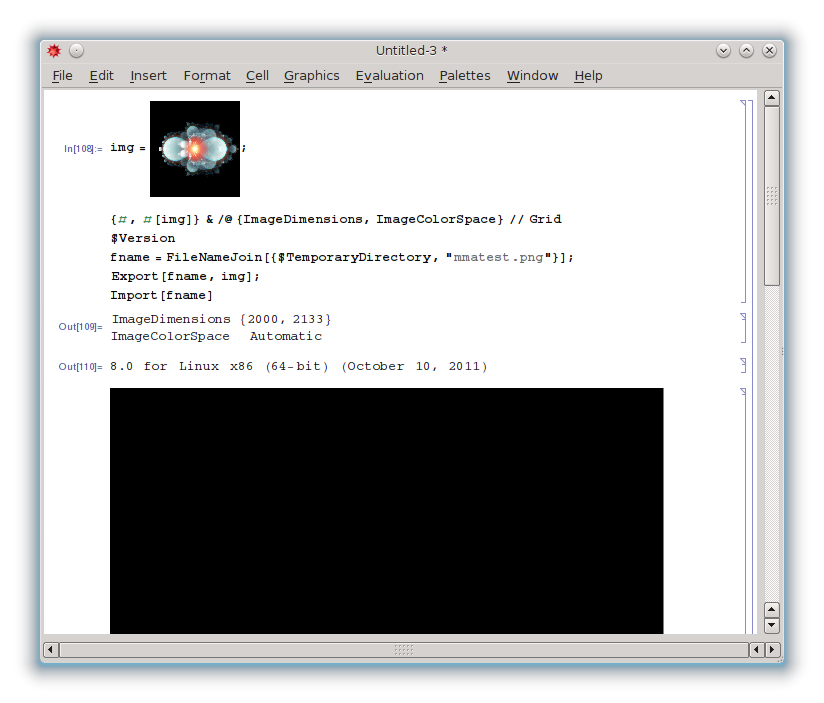 Judging from the comments this is a bug in version 8 on all platforms. Specifically I think, a bug in PNG.EXE that Mathematica 8 uses to import PNG files.

On windows, it is located here:

No such file exists in my version 9.0 converters folder, so I assume importing PNGs has been internalized (and, apparently, improved).

A workaround would be to import/export as tiff. The resulting image in Mathematica is the same as before. If a PNG is desired an external converter could be used to convert TIFFS to PNGs.

Not the answer you're looking for? Browse other questions tagged export bugs image version-8 or ask your own question.