Then, I can click on one of the placeholders (for example, the top left-hand placeholder) to change focus to it:

Once focus is on one of the placeholders, I can use the arrow keys on the keyboard or the Tab key to change the focus to one of the other placeholders (at least in Windows XP; I have not tested this on later versions of Windows or Mac or Linux).

But, it can somewhat of a chore to cycle through the placeholders using Tab, especially for large n-by-n grids. My question is, is it possible to interactively change focus in a grid using the keyboard?

For example, suppose that I label the rows with letters and the columns with numbers:

Is there any way to write a function in which I could type "b2", for example, using the keyboard and have Mathematica automatically change focus to the placeholder at coordinate b2, like the following?

With the focus now at "b2", I can mark this coordinate it in some way, perhaps by typing an "x":

Remember the board game Battleship? It is basically a game of placing "x" at "hit" coordinates (and placing nothing at "miss" coordinates): 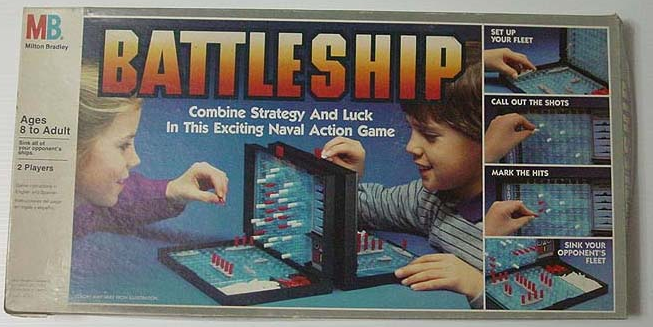 Do you have any initial thoughts of how I can accomplish this? Do I need to use Input or InputField, or are there other ways to get keyboard input from the user? Thanks so much for your time and help.

Undocumented and I don't know how to fully customize it but it seems it is something you're looking for: 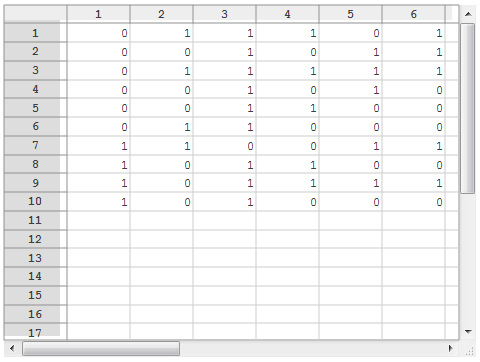 rubenko deliverd it here with a link to some info. As Jens have noticed it is not so great but You have to judge it by yourself.

If you do not need to have fully editable cells then maybe something like this: 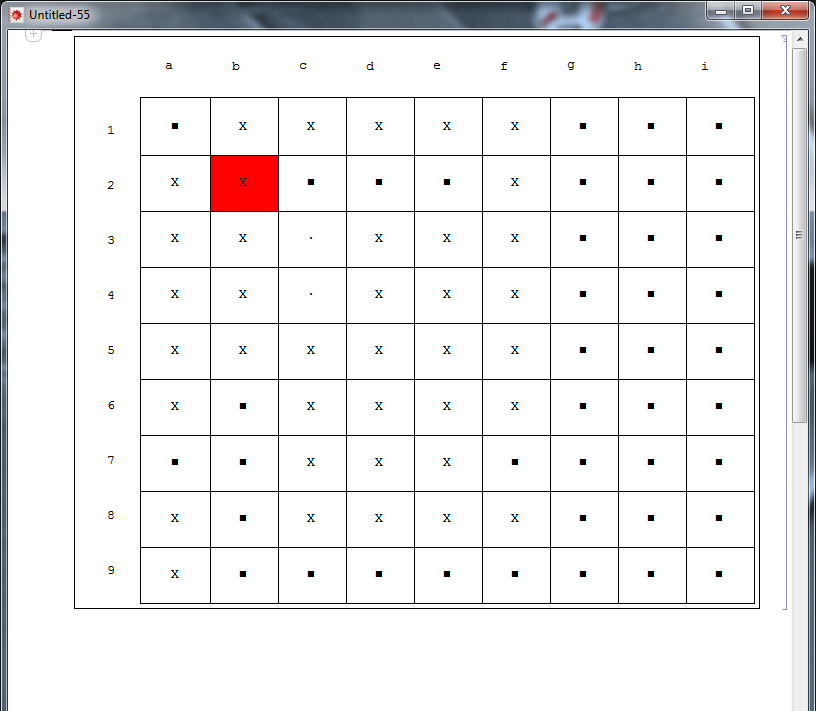 Not the answer you're looking for? Browse other questions tagged dynamic grid-layouts interactive or ask your own question.

45
How to visualize/edit a big matrix as a table?

12
Manipulate BarChart with Mathematica
1
How to change the values dynamically in a grid
5
Using the mouse coordinates to index a matrix
1
Whats is the real difference between this two examples of using Dynamic with Grid
20
DynamicLocation usage
3
How to filter-out edges in a HighlightGraph[] visualization based on VertexCoordinates[]?
3
Pie chart grid with a common legend
5
InputField, PasteButton, and Check not playing nicely with each other
0
can i create a variable which is a list and the values given as placeholders?