How to Open Kernel?

I built a webMathematica application named "WebMathematica" and placed my entire application folder under the "Web-Apps" folder of Apache Geronimo. It's working fine. My Mathkernel was initialized using "mspConfiguration.xml" in the following way.

After this, I copied this entire folder and pasted it in I:\Projects. I opened the command prompt (cmd) and converted my application into a ".war" file. 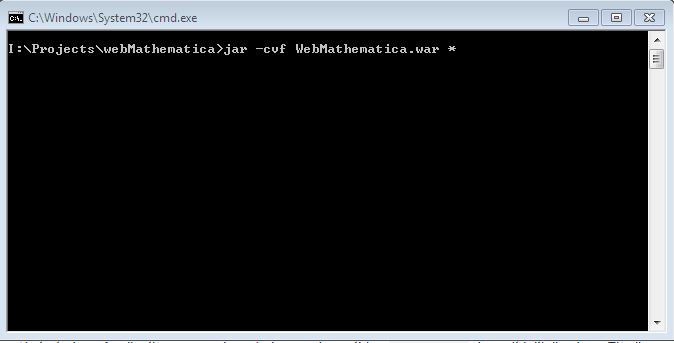 Finally, I got a WebMathematica.war file. I then deployed this file in Apache Geronimo.

The problem was the kernel path, the one that I list in the "MSPCOnfiguration.xml" file. I believe that once a.war file has been created, we can't access outside paths.

My question is how to fix this.

I never use any IDE.

Browse other questions tagged webmathematica applicationserver or ask your own question.

-1
How to push the data from database?

10
Failed to connect remote Mathematica kernel using J/Link
3
Can I use Geronimo instead of Apache Tomcat for deploying?
5
Clean webMathematica Kernel