protein visualization: display a residue in balls and sticks over the structure

I am trying to visualize a cytochrome c protein and display one of the residues in ball and sticks over it. I am using the PDB file 1AKK for it (https://www.rcsb.org/structure/1akk). The Import function works nicely: 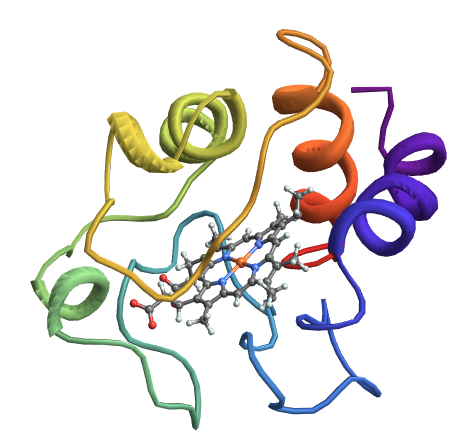 However, I would like to display one specific residue (tryptophane 59) in balls of stick over it. To that end, I extracted the coordinates of the atoms in XYZ format and can display for example both the tryptophane and the haem together using 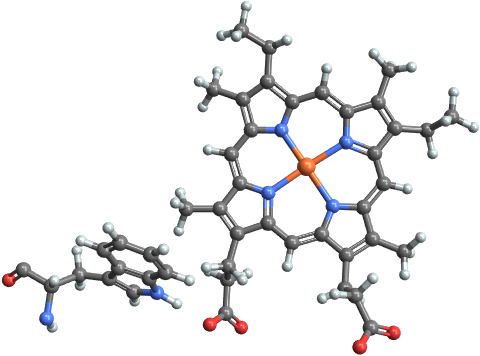 However, when I tried to display tryptophane with the protein with Show[Import["PDBfiles/1akk.pdb", "PDB"], trp59Ferric], the residue does not appear, only the protein structure and the haem (first figure in this post). I suspect that the coordinates used in the background are not the same (pm and angstrom) but if I try to convert the coordinates in the xyz files, then Mathematica can't figure out the bonds anymore in the balls and stick display.

Maybe there is a better path not relying on extra xyz files and just using the PDB file in Mathematica. Any suggestions ? Many thanks. As a side question, is it possible to increase the resolution of the protein display so that it looks more "smooth" ?

The code for dealing with molecules from the XYZ format has been updated in the last few years, and is much newer than the PDB importer. The older code would for some reason multiply all the coordinates by 100 to use picometers, but the newer code leaves everything in angstroms. We are currently actively working on updating our PDB and MMCIF importers.

For now it is necessary to scale up the XYZ plot to picometers. Here is a function to do that 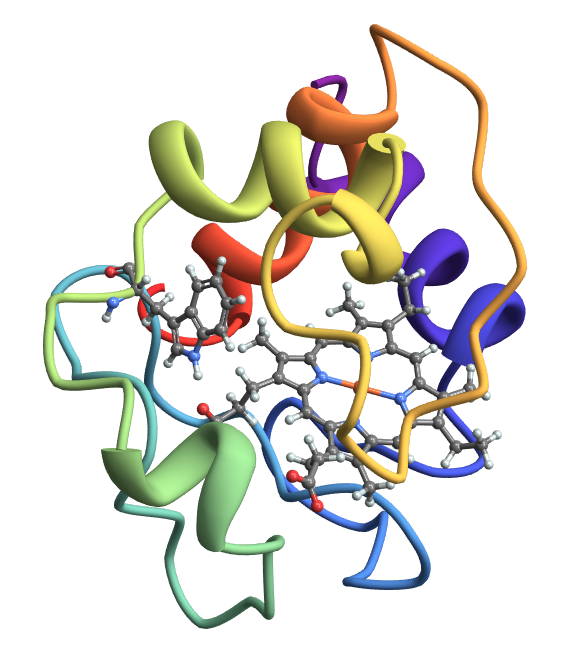 Edit: I have put this in a resource function that others may use. To download this structure from the PDB and display it with residue 59 shown in full use

Not the answer you're looking for? Browse other questions tagged graphics3d chemistry or ask your own question.

1
Exporting as .PDB extension
5
PDB Graphics Options: Opacity and Scale to superimpose on 3D point plot
2
Change bond cutoff distance when plotting .xyz files
1
Specify the color of each residue in a protein (PDB)?
2
How to Speed Up the Visualization of This 3d Graphics?
7
Visualizing only the chain of a protein and color each residue in Mathematica
5
Scaling the edge length of a graph to be equal to edge weight
1
Exporting to PDB seems to lose aromaticity