I am trying to plot a parametric circle in rainbow colors. It should go round once, but I'd like to be able to make it go round the rainbow an arbitrary amount of times.

Which I think should choose a color from the ColorData named Rainbow (which changes only between 0 and 1 (the result of Arg lies between -Pi and Pi, so adding Pi and dividing the resulting interval by 2 Pi will give me a number between 0 and 1) depending on the angle of the circle. I get an almost decent result if I divide by Pi/2 instead of 2 Pi: 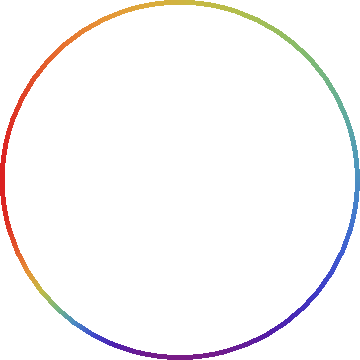 But I have no idea why there is yellow and green twice. I'm certainly missing something, does anyone know what?

Since you're providing the scaling, you don't want Mathematica to do it, so 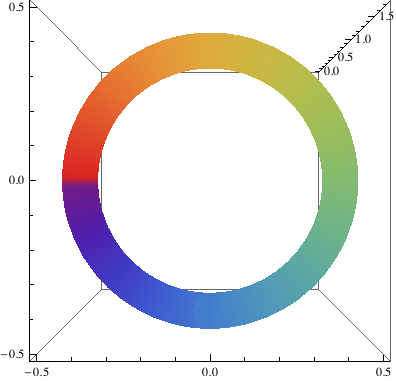 Building on m_goldberg's answer, you can also use Hue instead of Rainbow -- this provides brighter colors and is still pretty much around the rainbow. 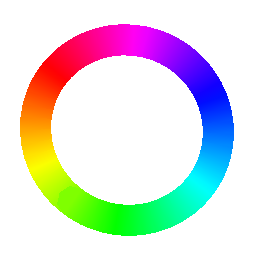 6
Coloring a shape according to a function
29
How do I draw a Circular Graph colored like this in Mathematica?