Solve for subset of parameters in ParametricPlot

so I have the following, and the idea is to get the set of $(u,v)$s that produce the blue part. 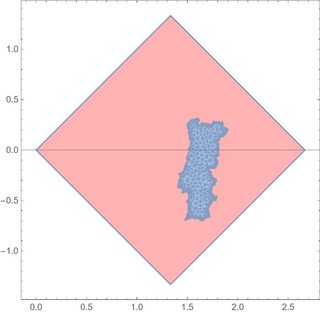 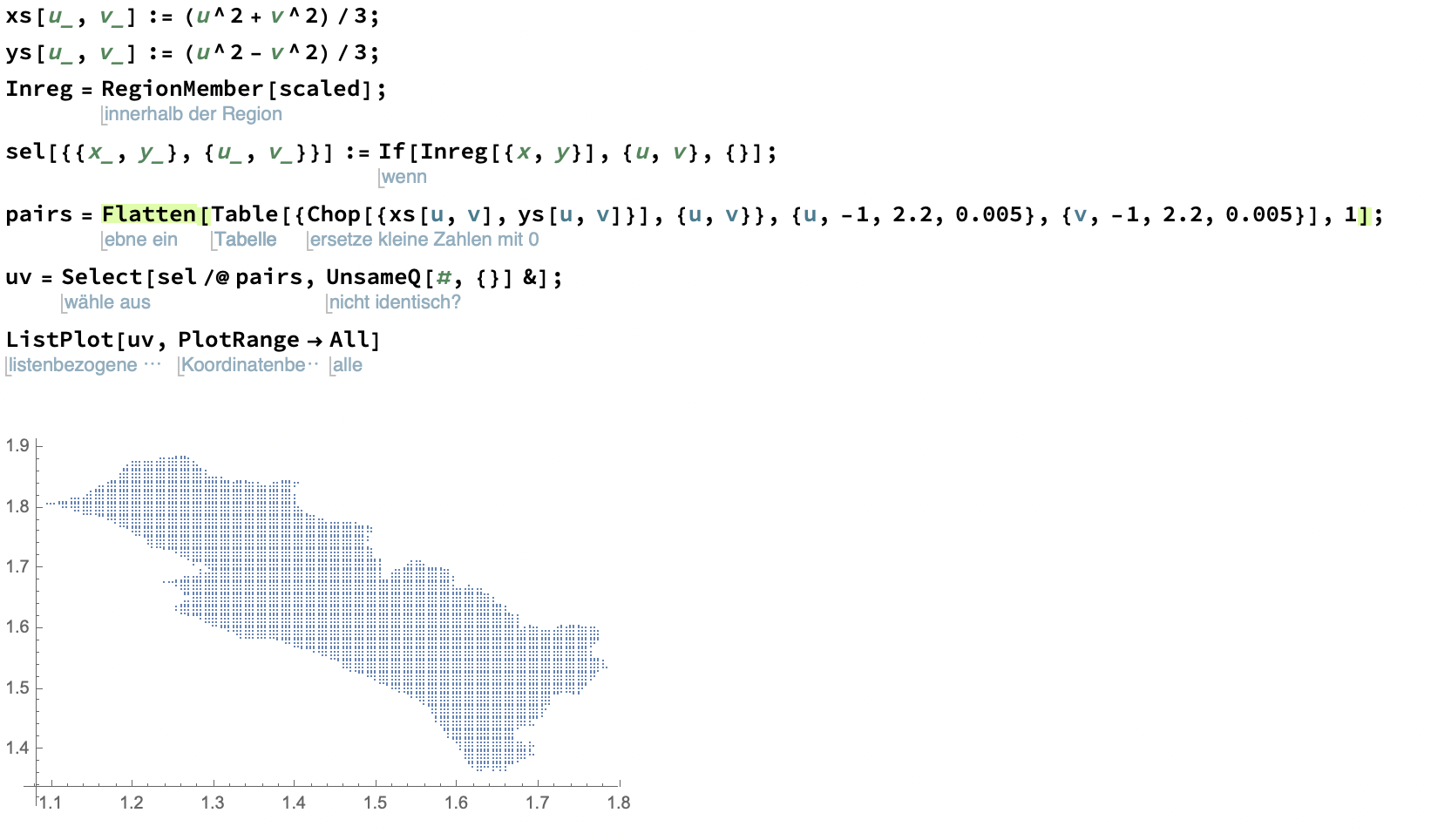 I'm not however happy with the discretization. I'd be glad to see shorter strategies.

First, we might want to simply use scaled, or we might instead want to convert to a BoundaryMeshRegion via

(As we'll see, this seems to improve performance.)

(There is also InverseTransformedRegion[$reg,f,n$] instead of ImplicitRegion, which gives the region $\{p \in \mathbb{R}^n \mid f(p) \in reg\}$—in other words, exactly what you want, minus the bounds restrictions! However, as we'll see, there are computational problems with this option.)

Though, that part might depend on your application: if you don't need to discretize the resulting region, don't. Discretization of these regions takes some time! You might be able to use the region numerically even without discretizing it. some functions will work directly (and numerically) with the returned InverseTransformedRegion or ImplicitRegion anyway, so you might not need to discretize at all. However, if you're going to be doing a lot of different things with it, and if those computations are a bit slow, you might get better performance overall by discretizing from the outset.

But if you do need to discretize the resulting region...

I wrote a test to time all the different combinations:

The best was BoundaryDiscretizeRegion on an ImplicitRegion that referred to bscaled, which clocked in at around 44 seconds. 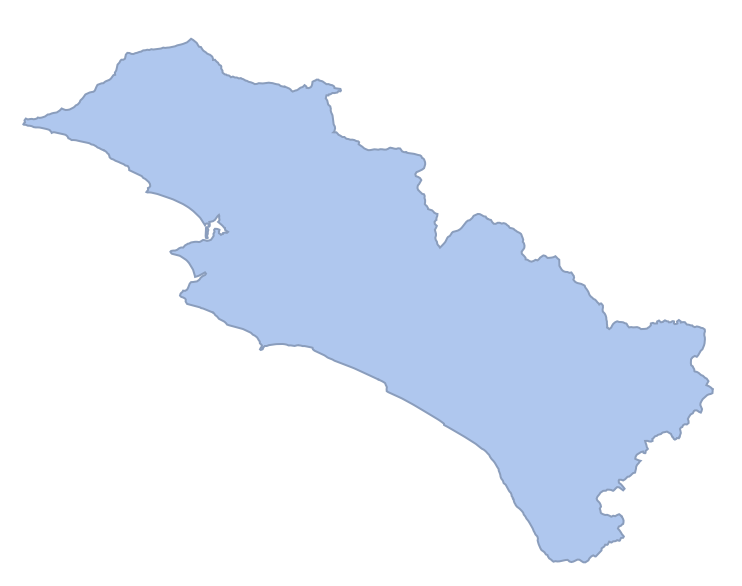 Maybe someone can suggest good option values for BoundaryDiscretizeRegion or DiscretizeRegion that would speed things up, or a tweak to this approach. I do think that an approach like this at least has the advantage of giving you "the right kind of thing" as a result—namely, a region. But I'm sure there are improvements that can be made.

For reference, here's the test I used. I wound up evaluating some individually when I wanted to skip some. I don't recommend running the test. 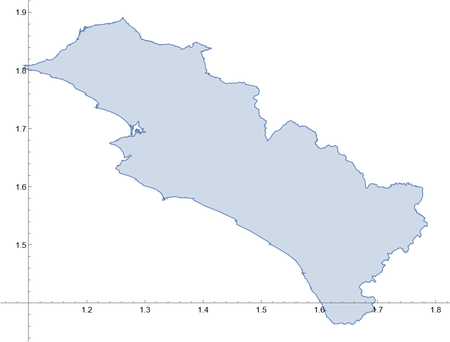