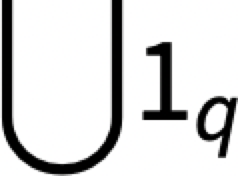 but it seems what's to the left of ∪ takes precedence: type a at the left of the inline cell:

Small again. That's not a huge issue, because I can place it in an adjacent inline cell. The bigger issue is I can't figure out how to put ∪ at the center of an UnderoverscriptBox. It always snaps to sub/superscripts and a small glyph instead of like in DisplayForm

How should I be typesetting my math if not in inline text cells? Is this similar to \scriptstyle \displaystyle shenanigans in $\TeX$?

You can control this with a style sheet. For example: