Writing a technical note in Mathematica

I have been using Mathematica for many years, mostly for plotting, derivations and numerical computations. Many times I tried to incorporate some text and formulas in my worksheets. Text is Ok, but when it comes to the formulas it becomes a disaster. This is despite that MA targets exactly this niche. Therefore, after wasting a day in searching for a solution I fall back to my usual routine, namely, typing in parallel a document in xelatex. It is not ideal, as I have to always maintain two documents, often with additional figures, inconsistent notations. The worst is that my MA worksheets cannot be self-explanatory.

Today I attempted again to figure out how to incorporate mathematical equations in the MA worksheet. I am using DisplayFormulaNumbered cells. I notice

How do you deal with such issues?

I am aware of this post. It has been closed as a duplicate of an earlier post. To my opinion, they address completely different issues: format of the equation vs. format of the equation number and do not resolve them in a satisfactory way. I have read the answer of kglr maybe ten times and still cannot figure out how to, e.g., set italic font for variables and subscripts or get rid of all inline expressions in favor of displayed ones or increase the font size.

In answering this question, please, try to provide a pedagogical answer. Go slowly, step-by-step. I do not need complicated solutions, it is not for writing a book or an article. I just need to write a short and readable technical note. I am planing to open a bonus for this question and assign a generous award for a simple and easy to use solution.

This post seems to be relevant too, but I cannot figure out which combination of options gives good looking.

For many years I use Mma for writing the texts that I used to call "Formulars." The formulars are the scientific reports to myself and my co-authors containing text, formulas, graphics, and their mathematical derivations in the form of the Mma code. The code I, however, hide such that it can be visualized if needed. These are not intended to be sent to any scientific journals for publications. They are rather for internal use for myself and my co-author. I use them to keep all my calculations together with the explanations not to lose them, not to forget some details with time, and to have them ready when it will come to writing a journal publication.

When it comes to sending a paper to a journal I write a tex file.

Below please find fragments of one of such a documents: 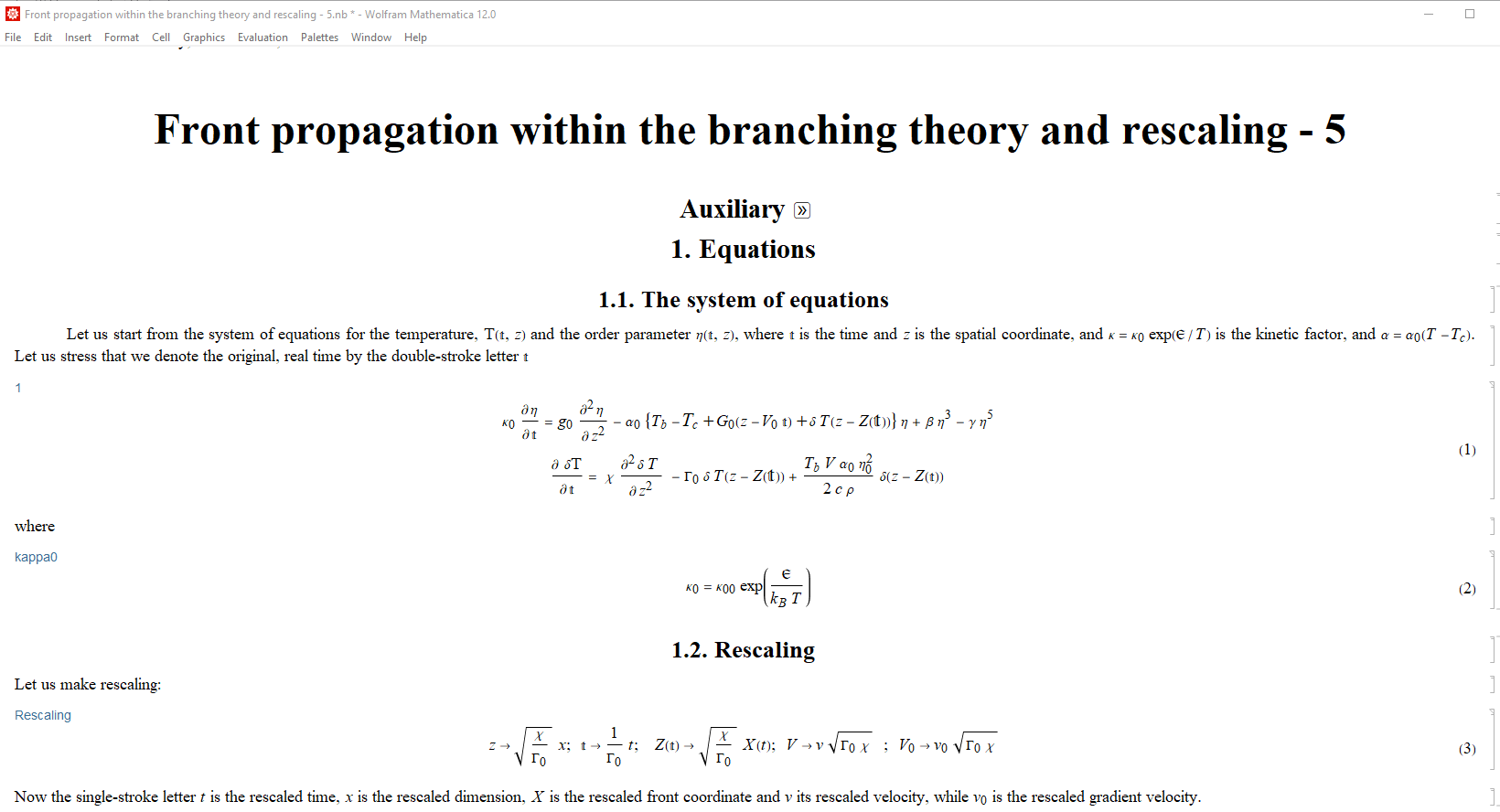 To make it visible, I had to decrease the multiplication factor of this document with respect to what I am really using. However, I hope it is visible enough, and you can imagine what I have on the screen. This is the beginning of the document containing the formular of my current research.

Below you can see the fragment of a text with formulas related to one of the equations. It contains some code in which I derive this equation. The latter is, however, collapsed around the cell containing the formula

and below you see the same fragment, but with the open code: 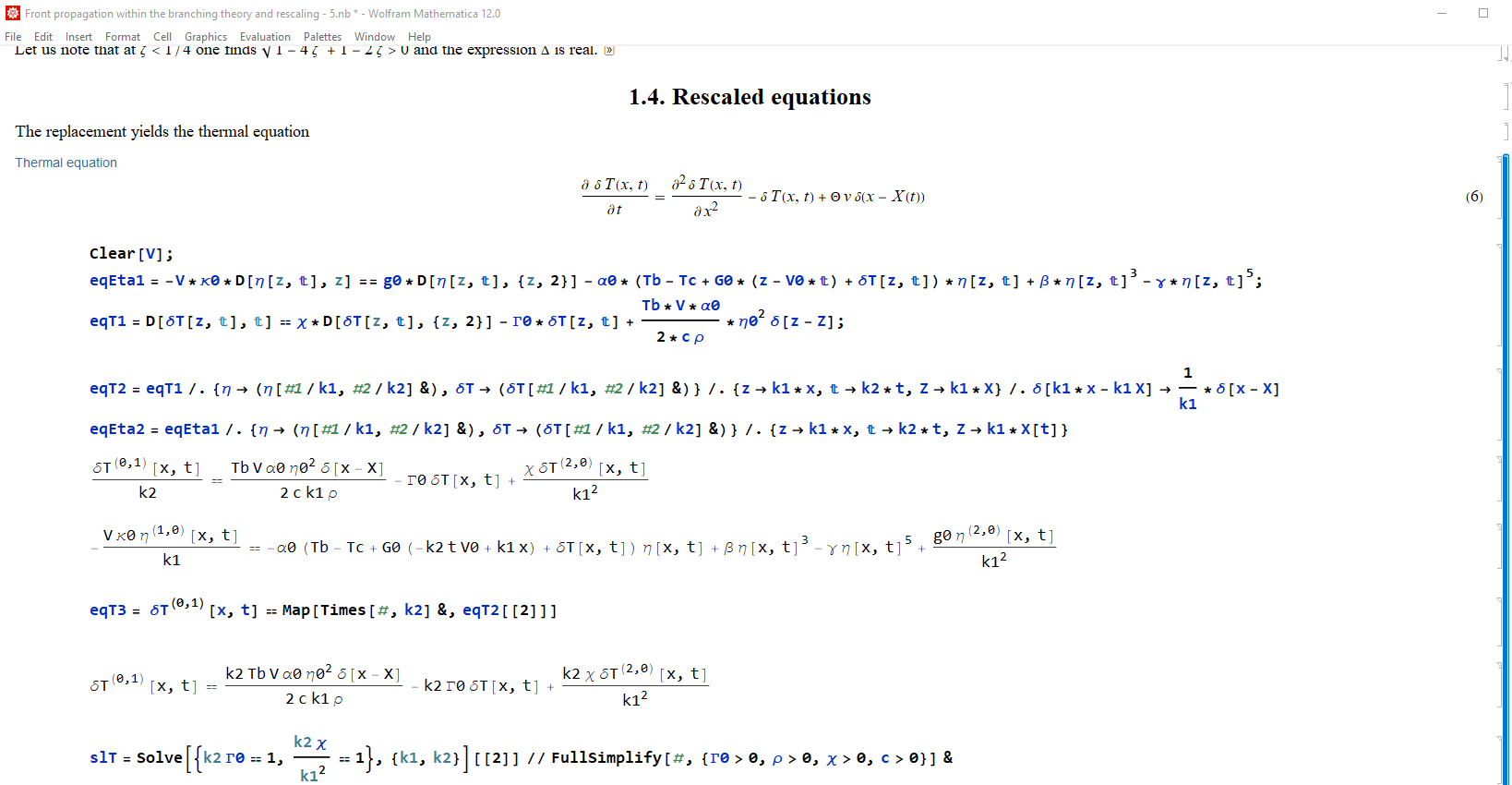 In the next image, I show the interactive demonstration I used to show the existence of the solution of some transcendental equations. The corresponding code is hidden. 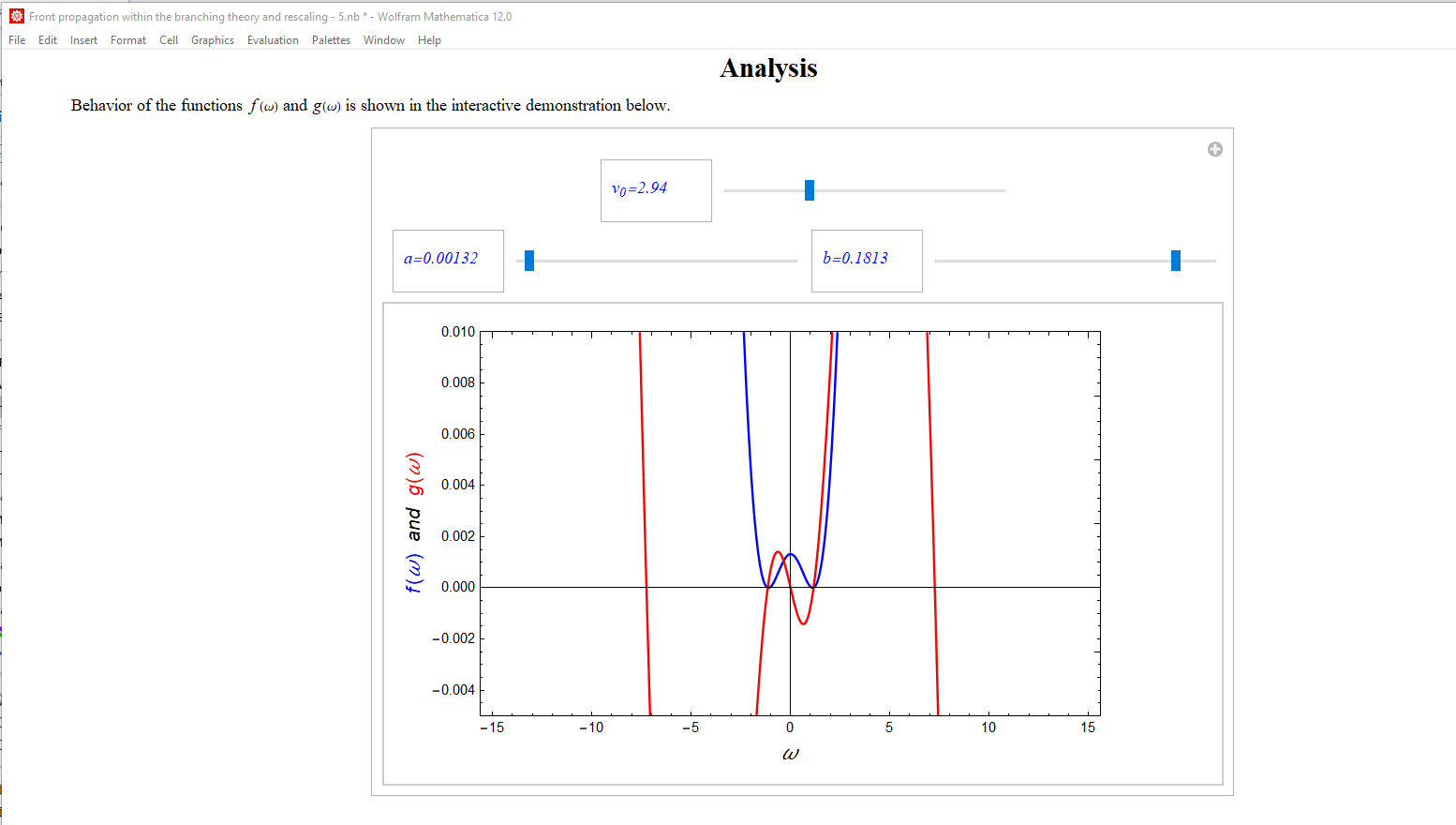 and here you can see it with the open cell containing the code: 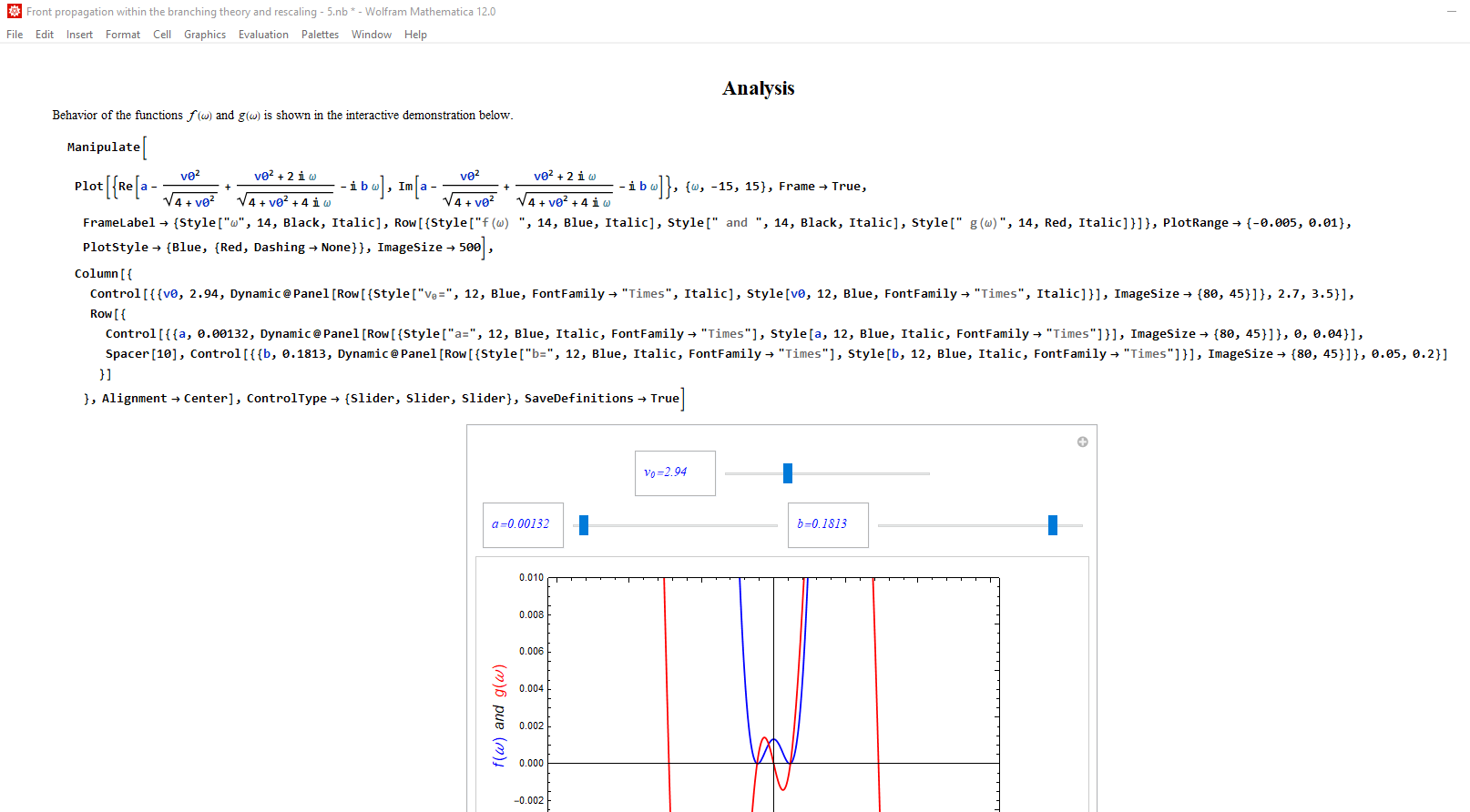 This is a 3D image obtained in the course of the solution. The code is collapsed. 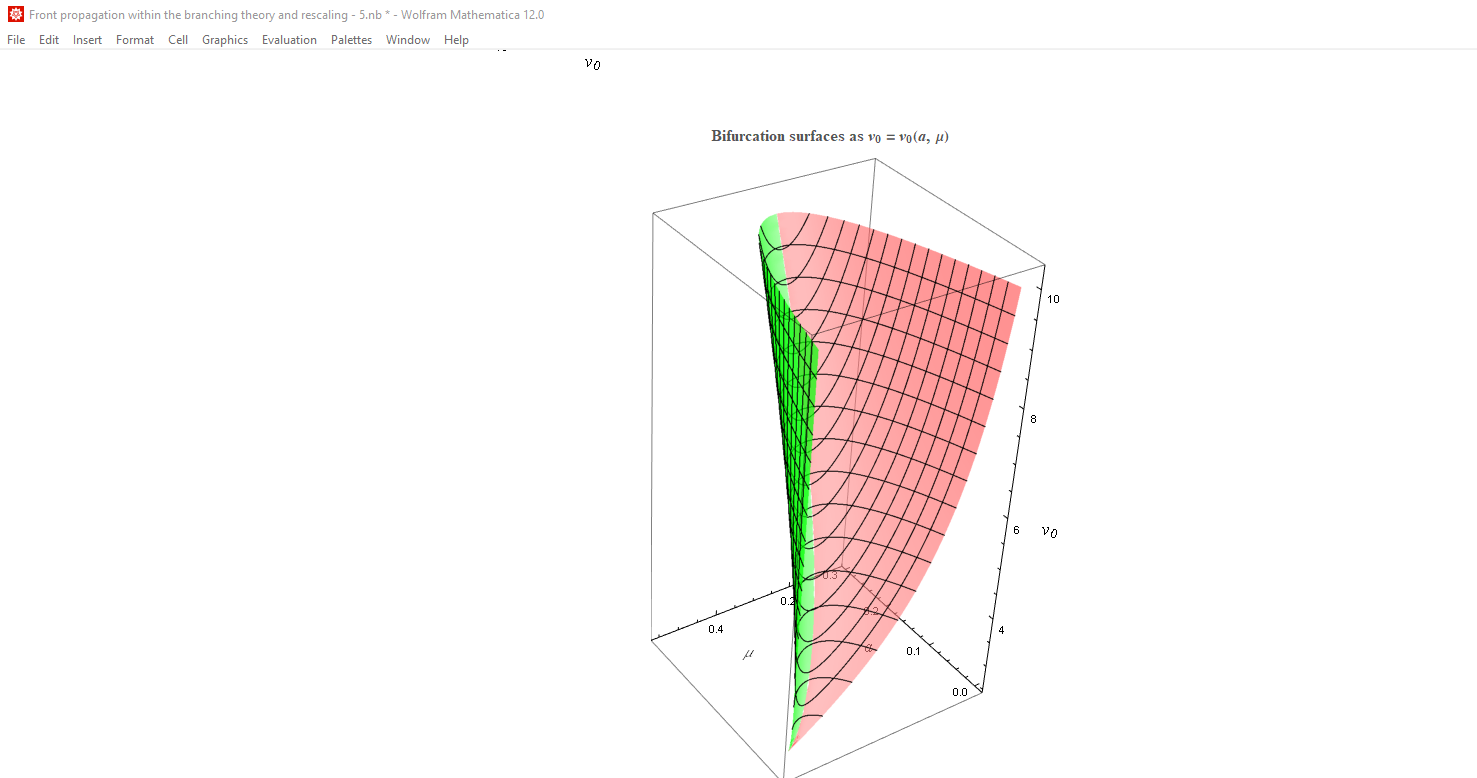 And here I open the cell containing the code of this surface: 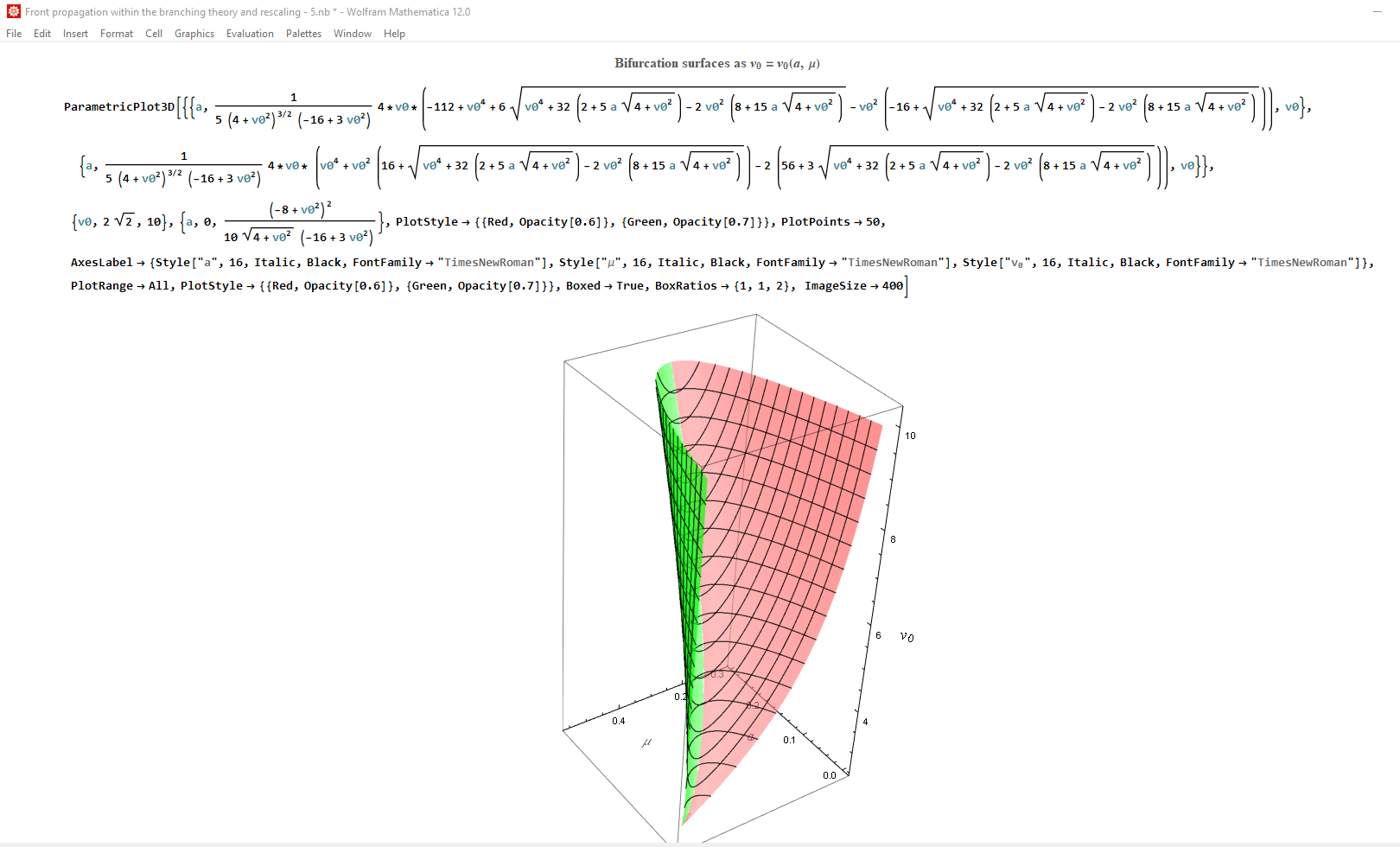 Below I typed a pair of the formulas from your question:

If this quality satisfies you here is the trick: I use the StyleSheet JournalArticle. All that you see in my answer has been done within this StyleSheet.

Sometimes I slightly modify this StyleSheet. For example, usually, I like to use this StyleSheet but increase the FontSize to 14 and the LineSpacing to 1.5. Like this, it is better readable. Such a modification requires minimum actions. Several times I made my own StyleSheet for my formulars. It is also possible, but now I refused such a practice, since the modified StyleSheet that I made typically produces the pdf version that does not look exactly like the nb original. Maybe you will overcome such a limitation or it does not play an important role for you. In this case, creating a custom StyleSheet offers much broader possibilities.

Below one can see a fragment of an image with the caption: 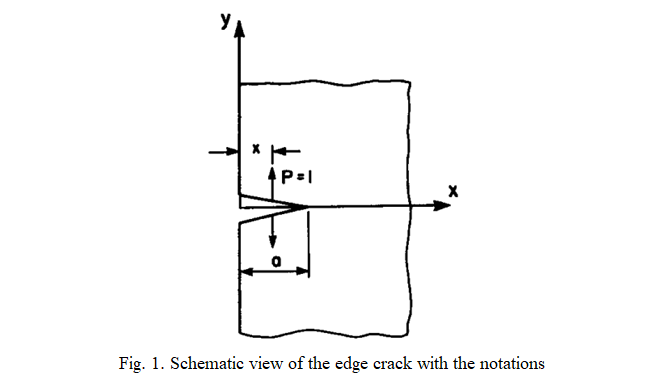 The image is obtained as a copy-paste from some external source, pasted into an Input cell. The cell, further, was transformed into a Figure format. Like this, the image is always centered. Then the cell was tagged. The same can be done, of course, if you make a plot for the illustration.

The next cell was created as a FigureCaption one, then the caption text was written. During writing this text, the number of the figure was entered using Menu/Insert/AutomaticNumbering/CellTag. Like this, if you later will cut the figure and the caption out and paste it into another place the numeration of the figure captions will be automatically rearranged.

I also often make references and arrange them with AutomaticNumbering such that they are automatically renumbered during cutting-and-pasting. Below you see such a reference:

To do this I make the following trick. I create a cell with the EndNote style, type the reference there and introduce a tag. In this notebook Menu/Cell/CellTags/ShowCellTags is selected. Hence, one can see the cell tag at the left, above the reference. In this case, it is "refMuskh". Then I put the cursor in front of the reference and by using the Menu/Insert/AutomaticNumbering introduce the number of this reference. In this case, it is 1. Now one can also introduce the same way (or by copy-pasting) where needed in the text:

Sometimes I also make interactive elements, such as buttons that open some documents with necessary material. But these I only rarely use (mostly for lectures, rather than for formulars). I will willingly write about them if you need such elements, but then I need to look up my archives.

I will be happy to answer further questions if any.

I found many posts here that address different aspects of my question. Some of them go far beyond my needs and understanding. They convince me that even complicated documents can be nicely typeset in MA. Most of all I was inspired by the post of Mike Honeychurch with several nice examples.

Other posts from where learned include

Before providing the actual answer, I would like to emphasize that Mathematica's default styles are far from optimal. For instance, DisplayFormulaNumbered is not typeset in the traditional form and uses serif-less fonts. The unsatisfactory example is presented in the question. Already correcting these two issues brings a huge improvement. Therefore: 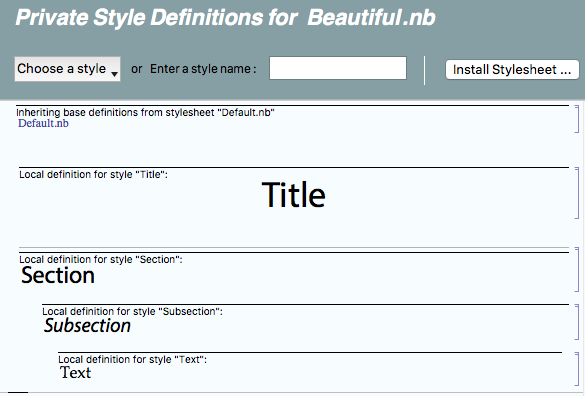 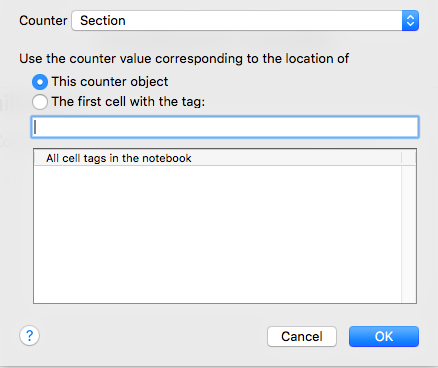 Now in the notebook create a text cell with the equation and go to the Format/Style/Other... Select DisplayMathNumbered. Return to the notebook and continue typing using the standard and very useful shortcuts such as

The result is quite acceptable.

Notice that the cell with displayed equation is now tagged, and automatically referenced in the text. Now we configure the appearance of the inline formula. To this end we enter a style name InlineCell and hit enter. Then we show the cell content with Cell/Show Expression... and modify it as follows

Notice, that my solution still has a deficiency that equation is referenced by its number without the section number.

Not the answer you're looking for? Browse other questions tagged notebooks formatting style stylesheet document-creation or ask your own question.

5
How can I make the script level styles imitate TeX?
1
How to force equation display in dislayed-equation format, not inline format?
6
Change the default font in all plots and legends, even when exporting to PDF
4
Why does Mathematica ignore my stylesheet for DisplayFormulaNumbered cells?
2
Why do I get different symbols (a) with the same FontFace (Cambria Math)?
7
Mathematica Global Menu Size
7
Font style inconsistency on "number sign" (hashtag) and "at symbol"