If setting in Options DefaultNewInlineCellStyle is Text this would not happen.

I think someone would also encounter the situation: Converting between TraditinalForm and StandardForm sometimes auto-add or remove some ().

When copy as Latex, it's ok to compile in WinEdt(my tex compiler‘s access)

but when save notebook as .tex, load in file f(x) becomes

The right should be 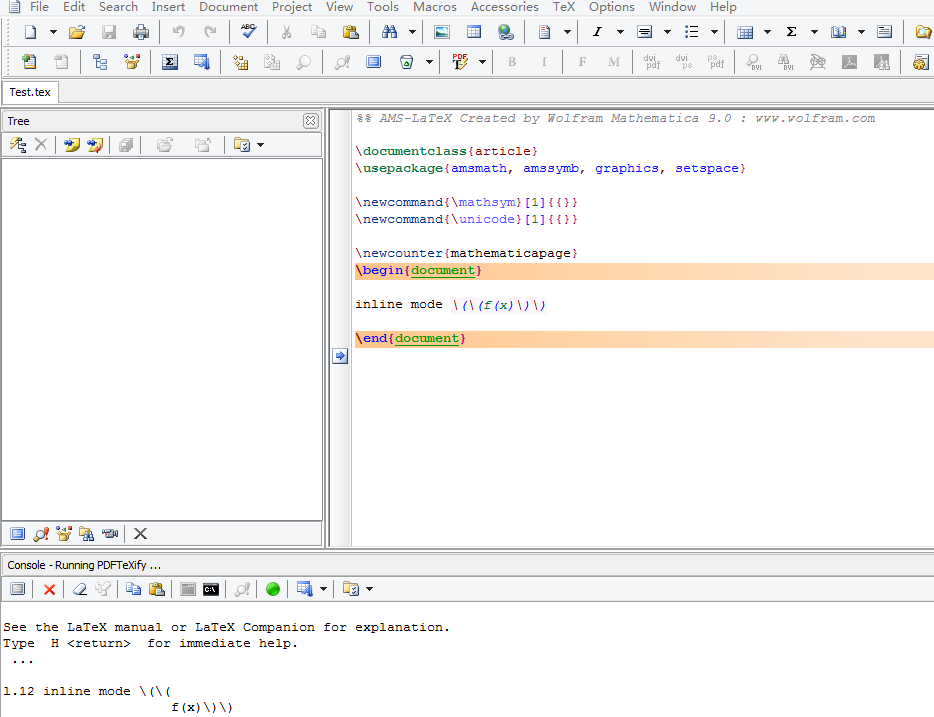 I asked on the TeX StackExchange site and got some comments"

I am not on the other site, but in your Mathematica set-up it does not make much sense to say that inline should be rendered as DisplayFormula. My guess is the converter used to output $…$ for inline math and $$…$$ for display. Now \(…\) is often to be preferred for inline, but the display equivalent is \[…\] not \(\(…\)\). – Andrew Swann

This is a good point.

However, maybe the same to \(.

As Silvia's former suggestion, I should just not use DisplayFormula in inline cells.

But I still need to check: would some other inline styles generate such double \(s?

When you Copy as LaTeX from the Edit menu, the assumption is that your highlighted expression is mathematics. The result is just the stuff that goes between the LaTeX delimiters. You're expected to place them between dollar signs or double dollar signs or whatever you want to use yourself.

Note that this is similar to the behavior of TeXForm:

By contrast, Export to TeX generates an entire LaTeX document, which includes delimiters.

Finally, we can now see why the "inline" and the "mode" were included in LaTeX \text commands - because that's necessary to have the display as text inside the LaTeX delimiters that you are expected to provide.

Not the answer you're looking for? Browse other questions tagged latex or ask your own question.

6
Unable to convert $\TeX$ input into mathematica
9
TeX and TraditionalForm
6
$\TeX$ conversion, support for \hphantom
1
space lost when converting inline cell to tex
4
Saved notebook in .tex format: how to recover?
0
Transfer a Mathematica expression into a TeX format
0
Use Mathematica to edit TeX file