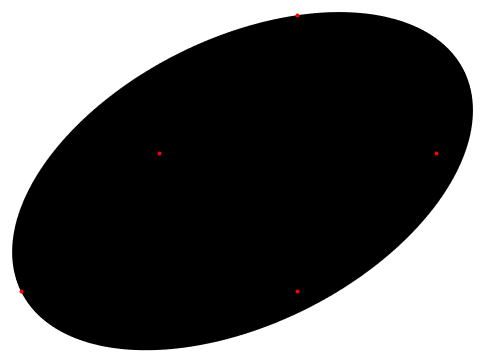 We have that the ellipse 'rec' is given in the form

How can I retrieve the lengths of the two main axes of such ellipsoid? Following this representation and Mathematica's general definition of Ellipsoid

I tried the following, using the eigenvalues of rec[[2]]

where the 2 factor comes from the fact what what I retrieve from the eigenvalues is actually half the length of the main axis. Indeed we get 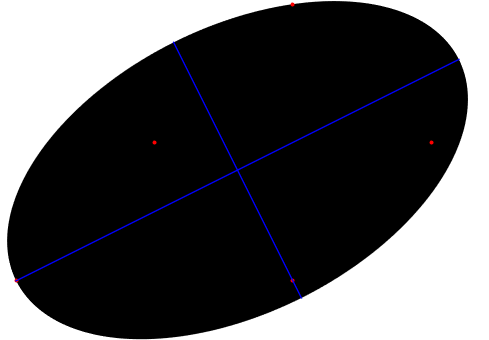 Is this correct? Is there a quicker way of doing this? 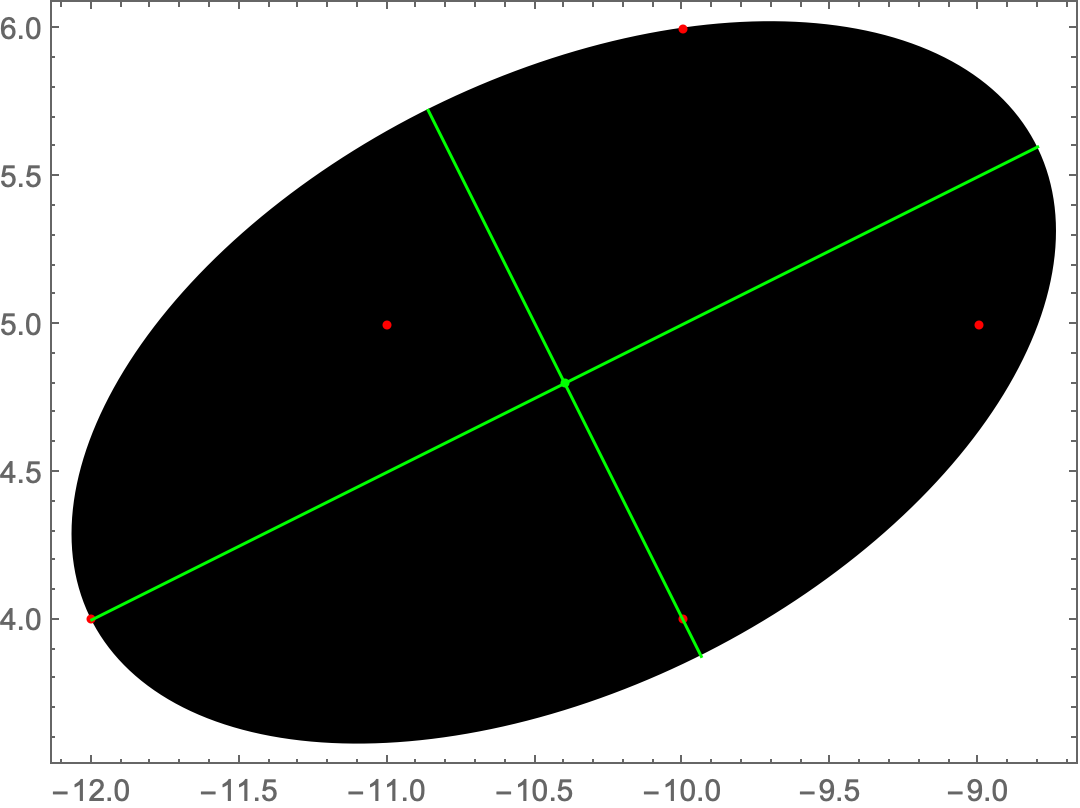 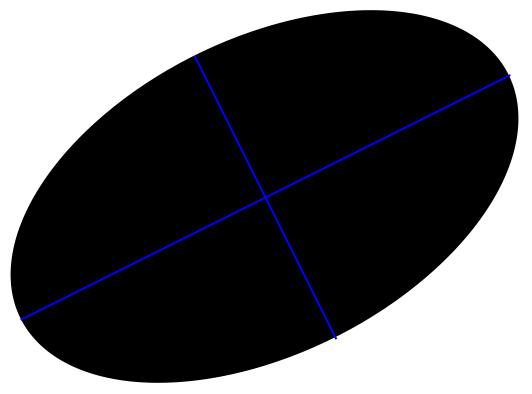 I think the help of Ellipsoid is incomplete because it does not explain the input: Ellipsoid[p,[CapitalSigma]], where the second argument is called the "weight matrix".

You will remember that an ellipse (for simplicity I am explaining the 2D case, nD is similar and assume the ellipse is centered at the origin) can be written by:

We may write this as:

Note that the inverse Sqrt of the eigenvalues of m0 are the half axes of the ellipse.

Therefore a rotated ellipse may be represented by a an symmetric (positive definite) matrix: mat'. This is called "weigh matrix" in the help.

Note that the eigenvalues of the matrix are not changed by a rotation. The eigenvectors point in the directions of the half axes.

Here is an example: Let

This represents an axis aligned ellipse with half axes rx and ry: 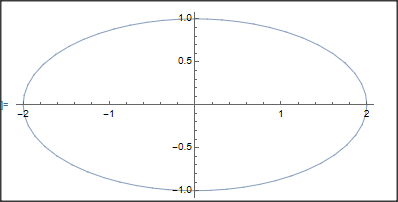 If we now rotate the matrix m0:

we get a rotated ellipse: 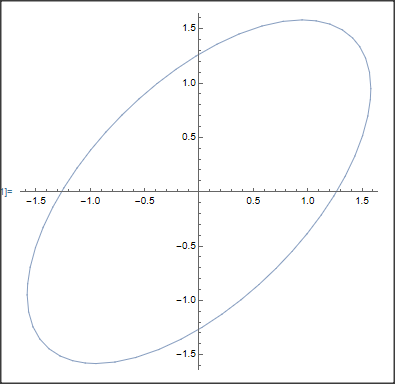 Threrfore, the half axes are obtained by the inverse Sqrt of the eigenvalues of the weight matrix. And the directions of the axes are given by the eigenvectors.

Not the answer you're looking for? Browse other questions tagged calculus-and-analysis regions geometry boundingregion or ask your own question.

5
Determine and plot major and minor axes of ellipse

4
Matrix containing ellipse
3
Plotting a Partially Filled Ellipse
8
Finding volume of a segment
4
Region bounded by Ellipse and Line
8
Behaviour of RegionDistance with Ellipse?
2
Finding the Area and Perimeter
0
Eccentricity of an ellipse
5
Determine and plot major and minor axes of ellipse