I found a related approach here at the answer provided by Istvan Zachar and probably the functions randomPoint and distance he defined, could be useful for the alghoritm presented here.

A second related algorithm can be found here at the answer provided by Simon Woods where he uses Mathematica built-in optimisation tools based on graphs. However, besides of the different algorithm used, it seems that such approach can not handle large graphs.

Update: I have tried the following code: 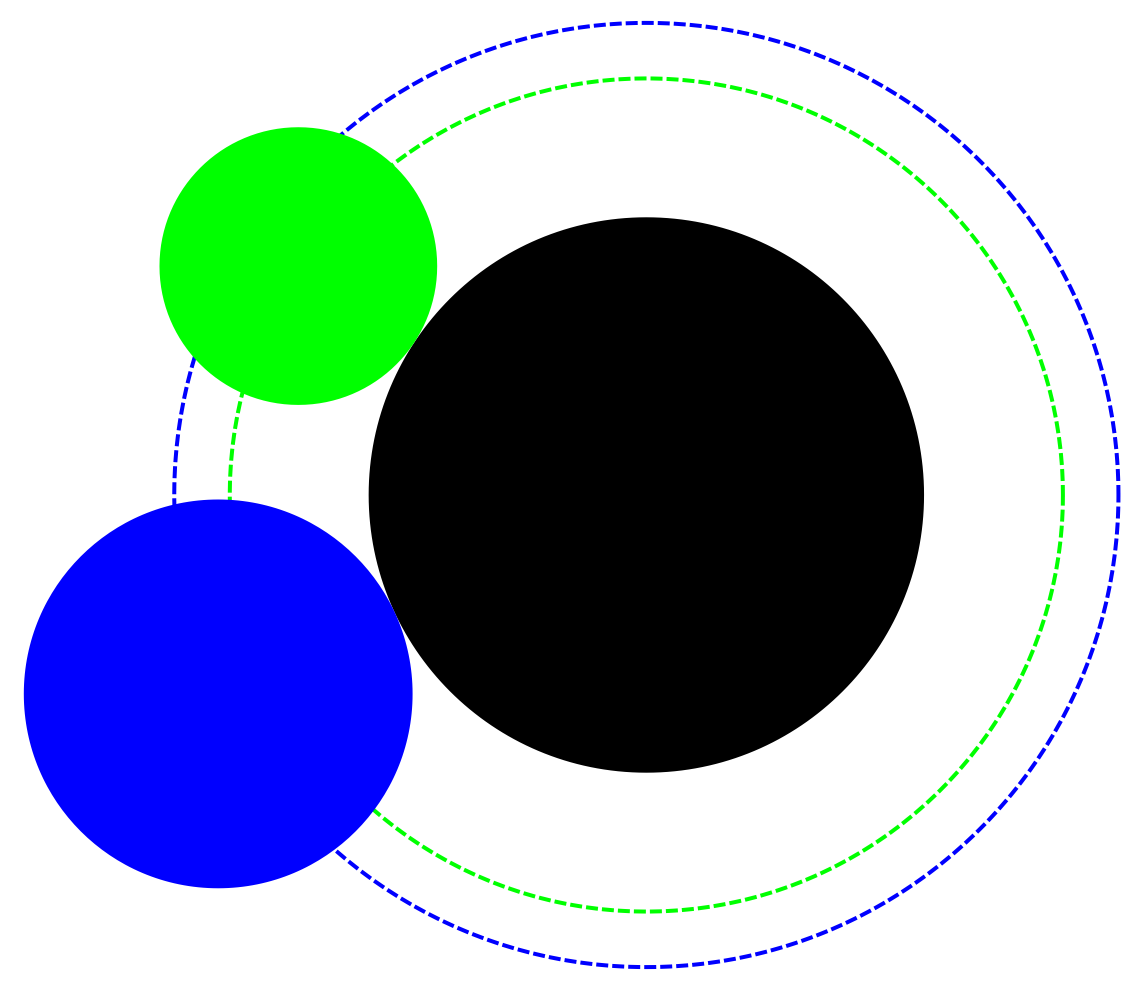 By continuing in this way, I think is possible to add few more disks, and I do no think this is an efficient way to write good code in Mathematica. Thus, It would be nice to have a fast and compact code (even if cryptic) which takes the input the list of radii and the number of disks, and plot them according to the algorithm described above.

5
Multiple colors in Graphics[] environment
44
ListPlot with each point a different color and a legend bar
12
Finding minimal region with padding and linear map to circle
16
Efficiently filling area with disks located at certain points
4
Adding and summing overlapping Airy (or Gaussian) disks on a plane
0
reduce extra space between elements in a cell of a grid
3
Masking an image with an annulus
3
Graphics Disk[] with a hole
3
How can I make Graphics objects clickable?
4
How can I get high precision circle drawing in Graphics, across ten orders of magnitude