What is the fastest way to read a constant, read-only dataset from compiled function?

Q: What is the best way to pass the data to the function to optimize the execution speed?

Based on what I would do in other languages, I would be inclined to define the data as a constant array, and use it in the function, but I'm, not sure about how to do this in Mathematica, nor if it would actually be better.

I have tried a couple of examples: 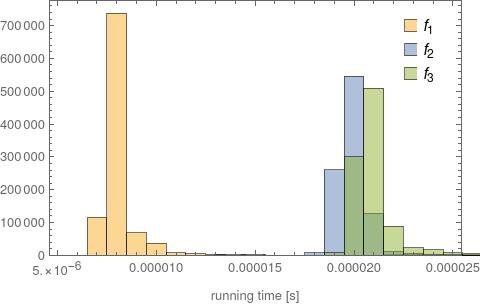 Neither $f_2$ nor $f_3$ seem to compile the data inside the function, despite data being defined at compile time. I say this after running

and observing that that both calls to $f_2$ and $f_3$ after redefining the data give different results.

On the other hand, the compile times of $f_2$ and $f_3$ increase with the size of the dataset, which suggests to me that the data is being compiled into the functions: 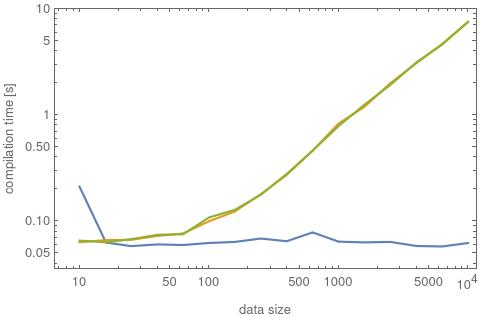 So do $f_2$ and $f_3$ compile the data in any way? (This is not THE question, but an additional question that might be good to address to answer the main question).

You can inspect the generated code with CCodeStringGenerate. And it seems that f2 and f3 copies data into the code, that's why the compilation is so slow, but then the code makes a call to Kernel for the fresh values each time.

Not the answer you're looking for? Browse other questions tagged performance-tuning data compile or ask your own question.