The plot of roots of polynomials

I have polynomial equation like Tribonacci Polynomials for example: $T_3(x)=x^4+x$. After finding the roots of this polynomial, I want to show these roots in the complex plane.

I have tried lots of methods as follows but I haven't found one that worked:

Plotting points in the complex plane can be easily arranged, like so: 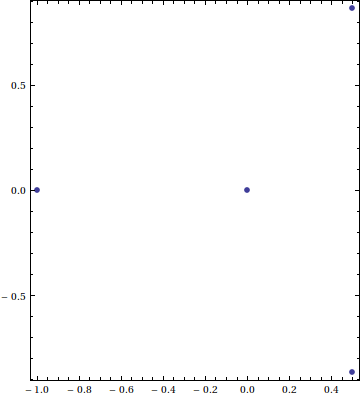 where I've defined the polynomial and let k vary from 0 to 1. The output of the function is 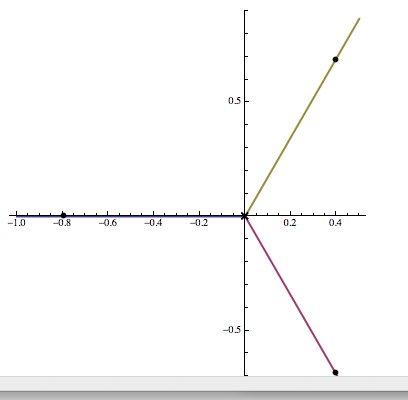 What you are seeing is that when k=0 all four roots are at the origin. As k increases, one stays at the origin and the other three move out towards their final places (where the dots are) at k=1. As Szabolcs suggests, it might be a bit hard to find this function, because it is commonly used by control engineers to examine the stability of systems (which depends on the roots of polynomials). Nonetheless, the second example in the help file under Applications shows how it can be used (as above) for regular polynomials.

As Suba Thomas points out in the comments, you could also use the syntax:

to get the same plot.

Why should one have to separate out the real and imaginary parts of the roots in order to plot them as points in the complex plane? You don't, if you use David Park's Presentations add-on (http://home.comcast.net/~djmpark/DrawGraphicsPage.html): 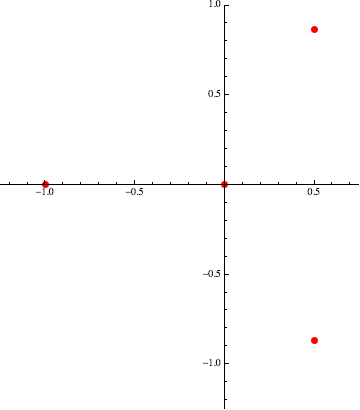 If you want to add a line segment from the origin to each root, do so as follows (where I've changed from axes to a frame so as not to obscure one of the lines): 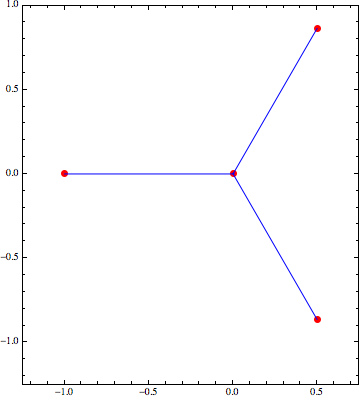 You can use the new in M12 function ComplexListPlot: 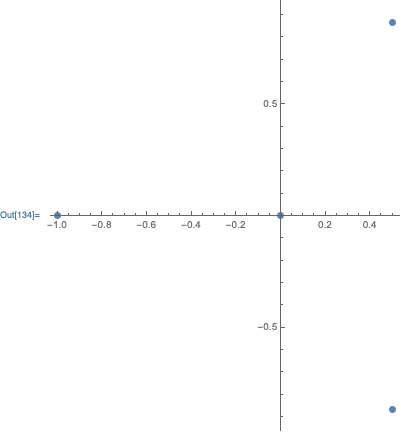 49
Finding real roots of negative numbers (for example, $\sqrt[3]{-8}$)
11
How can we plot the complex roots of an equation?
10
Ghost trails with Animate?
0
How do I store Eigenvalues of a 14*14 matrix in a For loop into an array and then plot that array?

4
Solving cubic equation for real roots
1
Plotting solutions of a 4th order polynomial equation
11
How can we plot the complex roots of an equation?
2
Interactive level sets of polynomials
1
Plot the critical points of degree $d$ polynomials with zeros randomly chosen in given region
2
Want to generate picture of all the algebraic integers for all the polynomials of a given degree
3
How to plot a function with huge numbers?
1
How to check if 0 polynomial lies in span of some polynomials?
3
Plot Newtons Basin of Attraction using given roots