How can I make a cell that contains an image which can be shifted?

When you're looking at some help pages, they may have cells containing images which can be shifted within the cell by left-clicking and dragging the mouse.

Here is a sample:

And we can see such images are stored in some kind of compressed data.

However, that seems not to be the same as that produced by Compress.

So how can I generate the same kind of cell to make an image shiftable which placed in the cell?

Is there any references about GraphicsData?

Here is a sample data different from that in help pages.

What you see after pressing Ctrl + Shift + E in this case is Mathematica's abbreviated PostScript code. You can find some information about it in MathGroups archives:

This is the PostScript that is understood by the notebook front end and is generated by the Mathematica kernel when it is asked to display a graphic. It contains a lot of abbreivated PostScript operators to reduce the size of the PostScript string stored by the front end. In order for PostScript interpreters to understand Mathematica-generated PostScript, some translation must be done that adds all of the macro definitions. In the old days, this was done by the shell script psfix and the DOS program RASTERPS.EXE. Nowadays, both the front end and the kernel have ways of doing this directly.

In Mathematica versions prior to v.8 it was possible to generate Mathematica's abbreviated PostScript code by exporting to "APS" or "MPS" format, but starting from v.8 they are not recognized anymore by ExportString and DisplayString. DisplayString still converts Graphics to EPS although axes are lost in the rendered graphic: 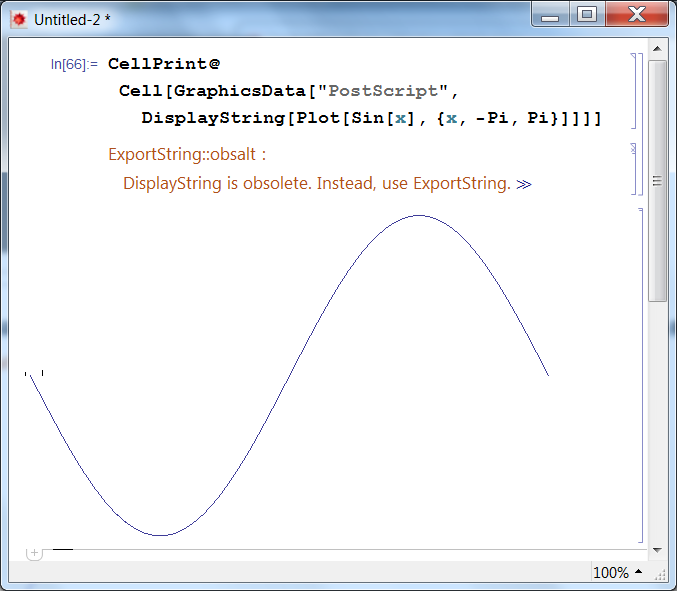 The same is applicable to exporting to EPS:

One can try to fix this by converting axes to exact graphical primitives: 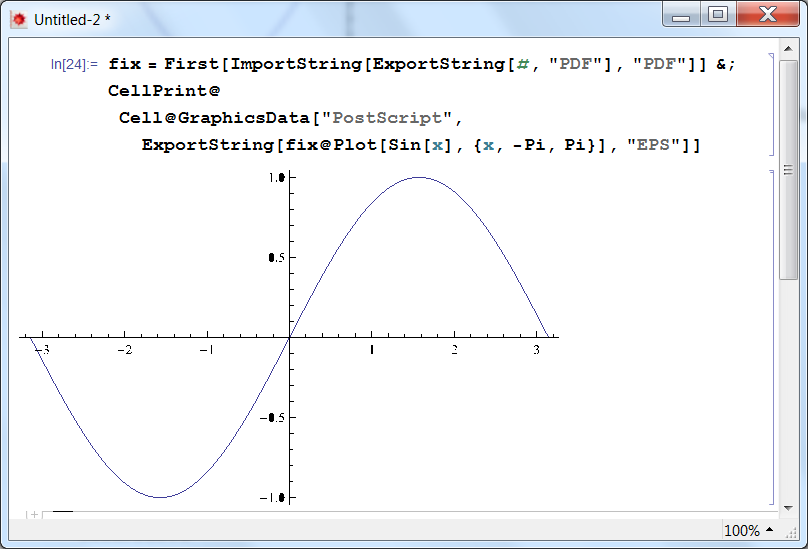 But as one can see FrontEnd renders the EPS code incorrectly.

In Mathematica prior to v.6 it was also possible to convert any Cell to Mathematica's abbreviated PostScript by the FrontEnd menu entry Cell -> Convert To -> PostScript. Starting from v.6 it is still possible to do it programmatically: 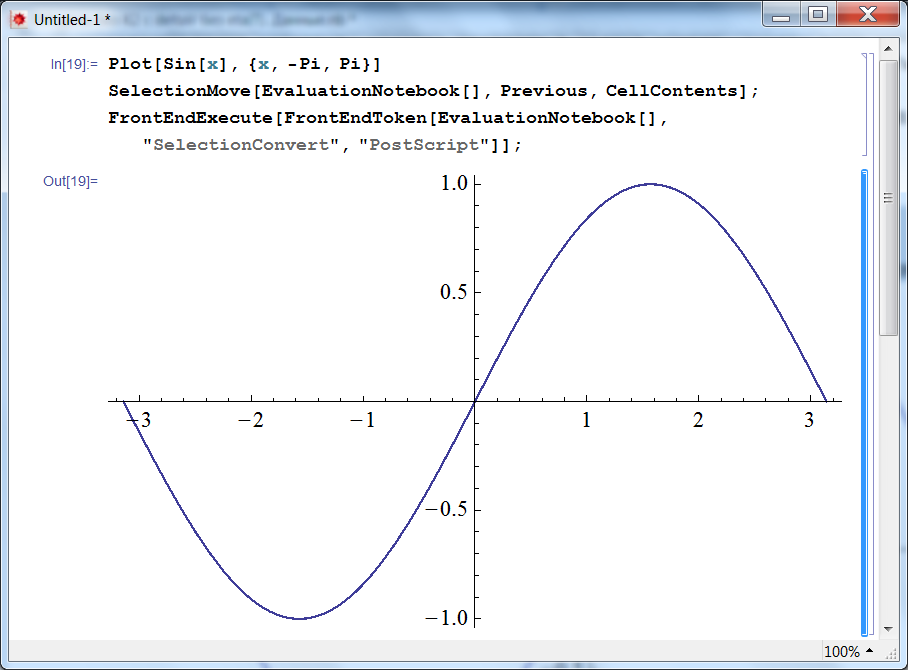 Fortunately, now everything is rendered nicely!

Metafile (under Windows) and PDF (under OS X)

Some other formats supported by GraphicsData are "MetaFile" (only under Windows) and "PDF" (only under OS X). You can convert any Graphics to one of these formats by selecting it and choosing the corresponding FrontEnd menu entry under Cell -> Convert To. The Metafile graphics produced is movable as PostScript. Note however that such graphics will be rendered only under OS which supports it.

I think the coding you are seeing is the pdf encoding of the image, not a property of the cell. If you take an image (like a png) and do a "Save Image As" to the pdf format, then when you drag it back in, it can be moved with the mouse.

I guessed this by looking at the FullForm of one of the images in the tutorial page, which starts out:

Not the answer you're looking for? Browse other questions tagged graphics front-end notebooks output-formatting eps-format or ask your own question.

36
How can I set an image to be the Notebook's background?
8
Identify which cell uses most memory in front-end
2
How to create a button that colors a selected piece of text in a cell?
9
How can I make Which format its output?
2
How can I make new outline cells be created above the current cell on return?
6
Docked Cell that scrolls?
6
How can I make an invisible Cell?
17
Make cursor stay in input cell