Overlay Two Plots, One With Extended Domain and the Other With Frame

I need to export two versions of a plot as PNG images and have them line up perfectly in an external program. One version needs to have gridlines and a frame at specific points, and the other version needs to have the graph itself extend beyond the gridlines and the frame. Each PNG should line up perfectly when overlayed in an external image editing program (pixel for pixel).

For example, the grid and frame should go from -2pi to 2pi, but the graph should be plotted from -3pi to 3pi (on x and y).

This is close to what I want, but the purple and blue don't line up. 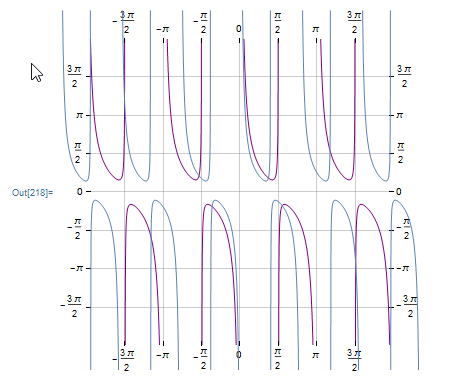 I also tried exporting them as separate PNG images with the resolution multiplied by 1.5 (since 3pi/2pi = 1.5), but that just barely doesn't line up either: 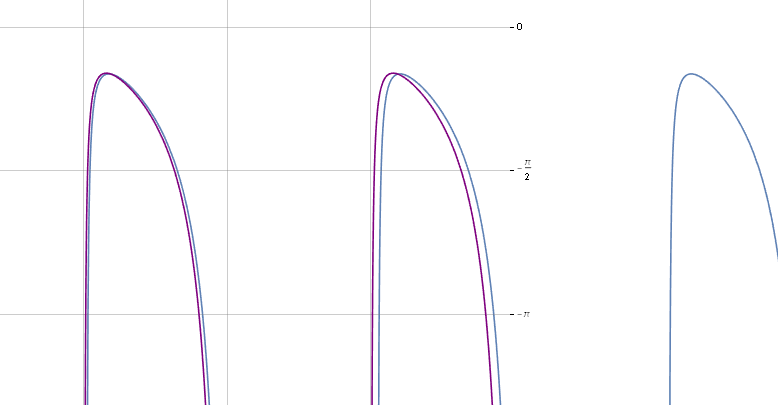 As you can see, it starts to misalign near the edges. I need it to align perfectly.

Does that make sense? How can I have the overlay align perfectly?

If you're wondering the reason I have this requirement, where the plot by itself extends beyond the frame and grid, is because I'm animating this and applying a glow effect to the plot, but not the grid; the glow flickers when pixels reach the edge of PNG image and cross outside of it (since glow is a post effect, it can only operate on pixels that are in the frame), so what I'm doing is applying the glow to a larger version of the plot and then masking the composite down to the size of the frame. The parts of the glow that flicker don't end up being seen since they're masked out.

Use the graphics primitives from a2 as Prolog in Show and use the options PlotRangeClipping -> False and ImagePadding -> ... to prevent clipping: 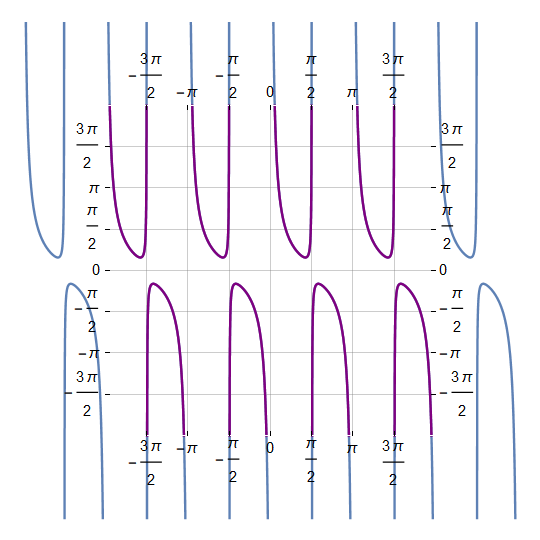 6
Exporting an overlay of two plots
4
Frame labels for Overlay of two plots to look like plot with two y-axes
5
Aligning Overlay and GraphicsGrid plots
14
Subtracting two plots from each other after shifting one
1
Plot legends not displaying correctly
6
Overlay Inside a Grid/Column/Row Not Working
1
Finding average of attributed lines
4
Empty .png figures generated by a function "PlotWithGrid" whereas no problem with Export function