Apart may use Padé method: what's that?

How does Apart work? The page tutorial/SomeNotesOnInternalImplementation#7441 says, "Apart uses either a version of the Padé technique or the method of undetermined coefficients.

I know what the latter is (clear of fractions, collect by powers of the variable, equate coefficients of corresponding powers, solve the resulting linear system). What's the former?

(I know what Padé approximation is.)

I believe it's the theorem 1.4.4 here that shows the relationship between the Padé Table and the partial fractions expansion. 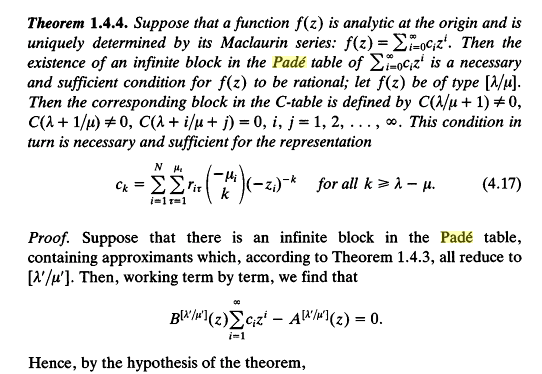 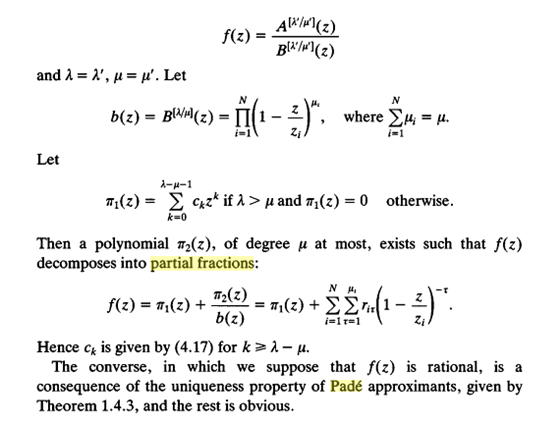 17
What method does NDSolve use for solving PDEs?
6
What is the algorithm used by Reduce for this equation?
6
What method does NIntegrate use by default?
17
What's behind Method -> {"EquationSimplification" -> "Residual"}
0
Extracting functions from a PDE that may or may not be subscripted