Is there a reason why "Revolutions" and "Radians" or "AngularDegrees" are not CompatibleUnitQ?

I understand that keeping a consistent unit framework across multiple domains is complicated and not everyone will be satisfied with the choices made, like when people ask why "Radians" are not dimensionless in the Wolfram Language.

So I suppose there is a probably a reason why both

return False, or similarly with "AngularDegrees" instead of "Radians", or a time unit different from "Seconds". It does surprise me as there are multiple domains in which this unit conversion would feel natural.

I think this is a case in which people would hope Mathematica could go beyond the unending academic metrology debate regarding the status of angular units and units derived from them. Wolfram Alpha recognizes the connection of revolutions with radians (and similarly with revolutions per second and radians per second): 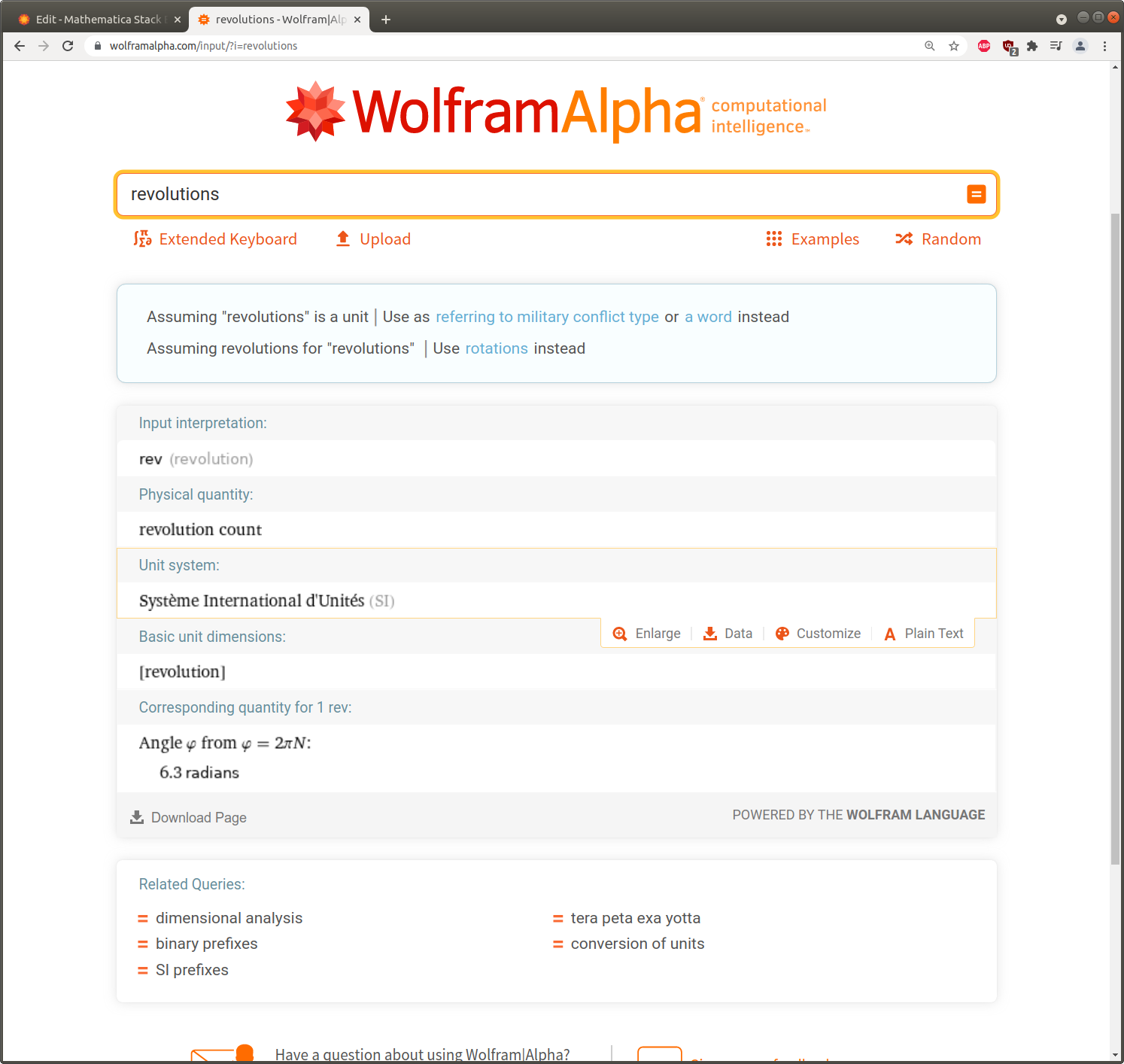 "Radians" do have a dimension in Wolfram Language ("AngleUnit"), and "Revolutions" have an independent physical dimension ("RevolutionUnit"). There is a "FullAngle" unit, which corresponds to 360 degrees, which is equivolent to the colloquial notion of 1 revolution = 2 Pi radians:

34
Are there "All" and "Any" functions in Mathematica?
40
Are Mathematica 9 and 10 units really slow?
3
Are there Min and Max functions that work properly on Intervals?
4
How do I generate a list of just the physical constants? [And other questions on them.]
8
Why are Dalton and Grams / Moles not equivalent units?
2
Meter newtons revolutions / second is not compatible with Watts
2
Why are Quantity and Units inconsistent with regular Mathematica behavior?
4
AngularDegrees^2 and Steradians are incompatible units
2
Why does the following RegionPlot command not evaluate?