How do I get `ArrayMesh` to reverse the order of data in a 3D array?

The following array has non-zero entries in the cells where all three indices are equal:

When I try to render this in ArrayMesh, though, the resulting graphic has the third axis reversed: 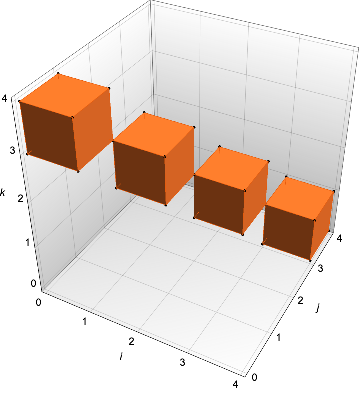 The filled cells should be on the diagonal going from the lower left to the upper right.

Using the DataReversed -> True option appears to reverse the first axis only (or equivalently, the second and third axes while leaving the first axis the same): 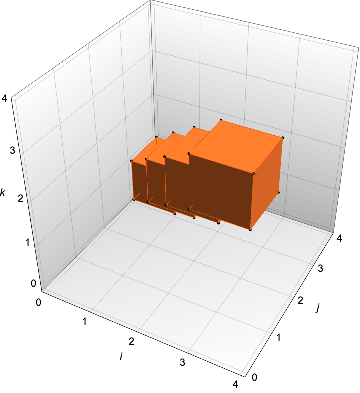 Is there a way to get Mathematica to render all three axes in the correct order? I am using MM 12.0.0 on a Mac, in case this is version-dependent.

Indeed an annoyance. Apparently, vector-valued settings for DataReversed are just ignored. Something for support, I guess.

do what you want?

Not the answer you're looking for? Browse other questions tagged plotting bugs mesh array or ask your own question.

8
How to Flatten Array of Arrays of the highest order in a simple way?
2
How do I assign specific data points in an array to a new array?
3
Reverse-order Negative BarSpacing
0
How to assign the array data to variables?
1
Change data form Table to Array
1
Reverse order in evaluated list
0
Calculation of the mean of array data points lying under a predefined rectangle
2
How to import and array of data?
2
How to reverse the order in which ListPlot plots multiple array of numbers?