I am trying to create a notebook which will graphically display the effect of simple geometric maps, for the purpose of teaching linear algebra. Here is what I thought would work.

I created an image called map. It is 920 pixels wide and 797 tall. Here it is displayed on background coordinate axes. 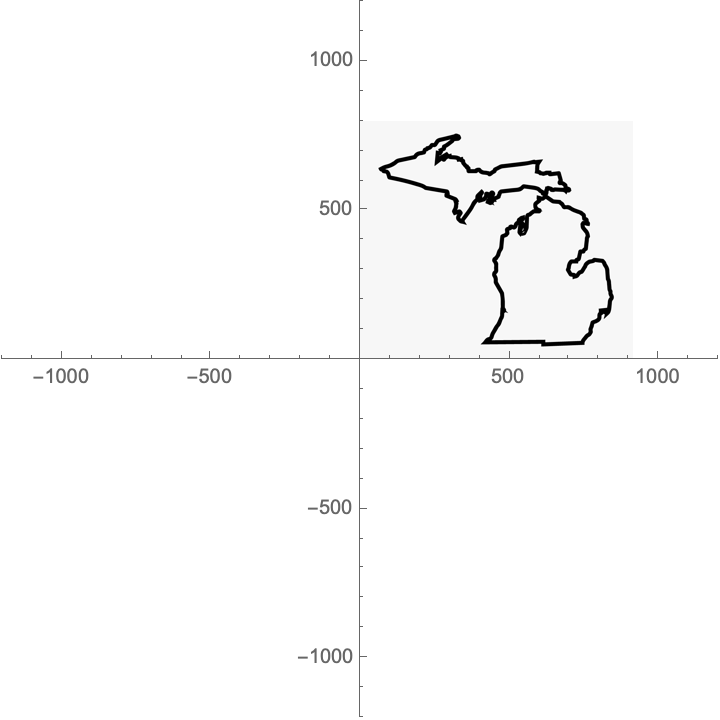 Here is the output: 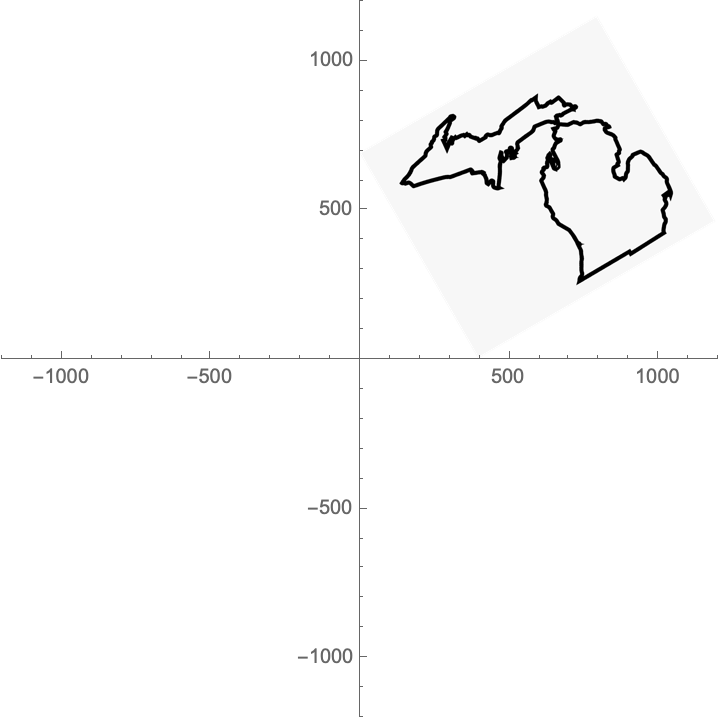 I tried a bunch of variants on the above code, but I think I am missing something basic and it probably isn't useful to copy over all the failures. Is there an easy way to make 'ImageForwardTransform[]' work correctly with axes and other graphics objects? Or is there some variant function I should be using instead? (I tried ImageGraphics and Rotate instead, with the idea of using graphics objects everywhere instead of images, but that didn't work either; I'll add details of the failure if people want.) 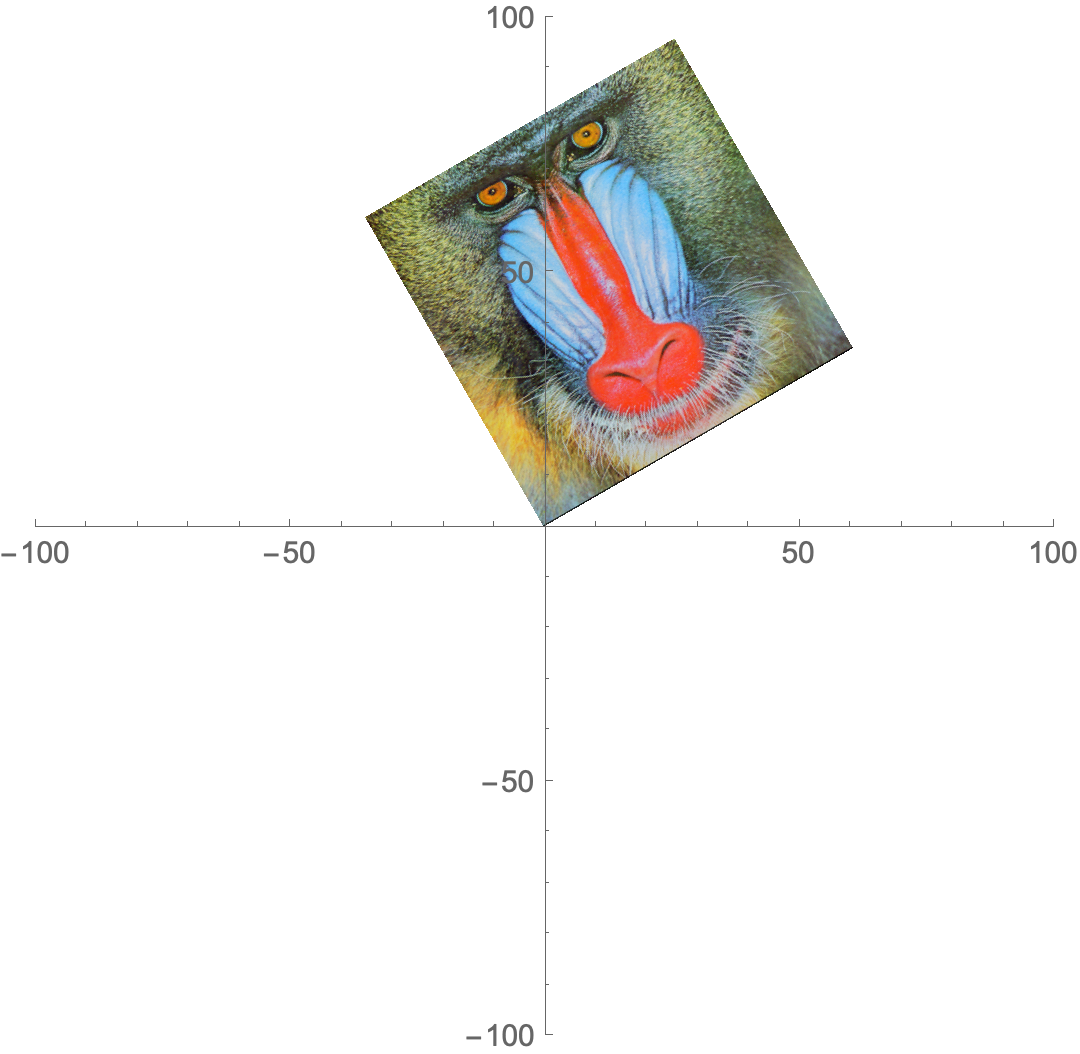 Not the answer you're looking for? Browse other questions tagged graphics image coordinate-transformation or ask your own question.

5
position image combined with other graphics
4
Measure relative lengths of rectangular objects
11
How to solve for the intersection points of two ellipses?
2
Cartesian coordinates inside Spherical function
4
Glue a series of images as textures on various points of a sphere
1
How do I plot (1,1) (2,2) (3,3) and so on, on a Polar Plot?