Camera view along the trajectory

I want to create an animation like this one: https://www.youtube.com/watch?v=rvzZmNW2_70

I am not sure about the mathematical background of the animation. One of the comments refers to Frenet–Serret formulas: https://en.wikipedia.org/wiki/Frenet-Serret_formulas.

The creator of the animation gave this information:

I need help with Mathematica commands relating to camera options.

After some experiments I got similar picture, but final animation is too large for this forum. So I have created small animation just to show a principle of visualization. First we have created all needed vectors

Then we make scene and frames

If anyone wants to build on top of this answer, feel free. We start by draw the Lorentz attractor:

The animation only shows the first 100 frames, I had to cut it down in order to save space. Anyway, this is a plot of the Lorentz attractor where the curve fades in color over time (the further from the tip of the curve, the darker).

To position the camera, one can use ViewVector together with FrenetSerretSystem, as Tim suggests in his answer. That looks like this:

Flinty helped me out with ViewRange in a comment below. Without it, the line would be broken and it wouldn't look good.

I wish that I could here show a brilliant looking animation, but unfortunately it turns out that even when you have all the pieces in place, it's hard to get it to look good. The camera positioning given by origin and target will make the camera follow the tip of the curve, but that alone is not enough to make it really good looking. The author of the animation that you link to in your question must have spent a lot of time tuning things. Also, he seems to be using a nice framework that makes glow possible. The glow part would be very hard to implement in Mathematica. 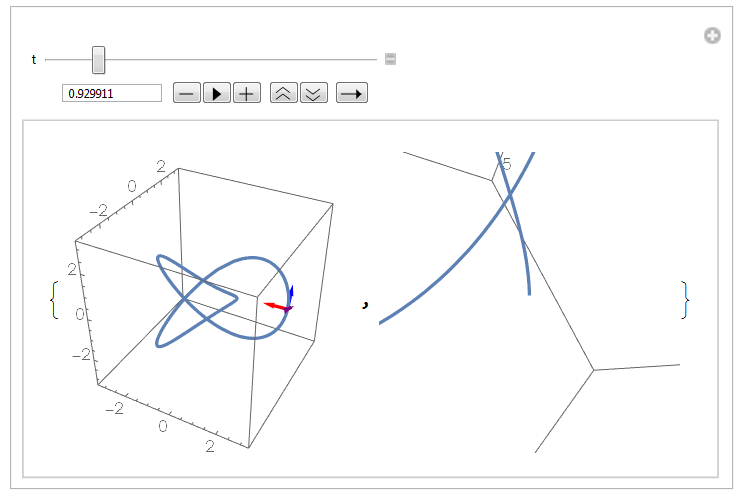 @Sumit. As can be seen from the code below, only the ViewPoint parameter is not enough. More camera parameters are required.

As an example here is how you move on a sphere along the great circle {Cos[a Pi], 0, Sin[a Pi]} 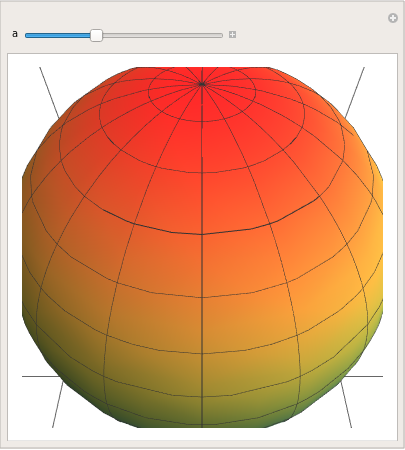 Not the answer you're looking for? Browse other questions tagged differential-equations graphics3d animation or ask your own question.