How can I improve the results of numerical integration using `NIntegrate`?

I have the above function and I would like to perform numerical integration using NIntegrate with respect to (x,y,z) and then r with different upper limits scaled as R as follows

when I plot the results this is what I get 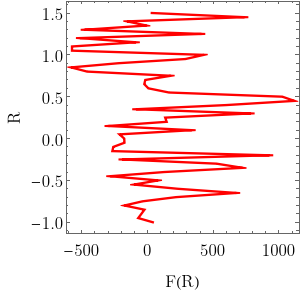 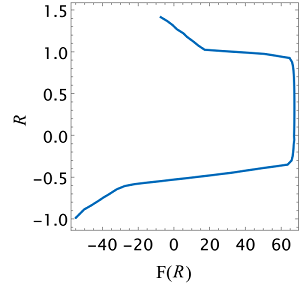 So, how can I improve the numerical integration to obtain the desired results?

First of all, there do not seem to be any singularities in the integration region:

By compiling Fn, you can further improve the evaluation time by a factor of about 100

The integration seems to converge to something sensible using the AdaptiveMonteCarlo method: 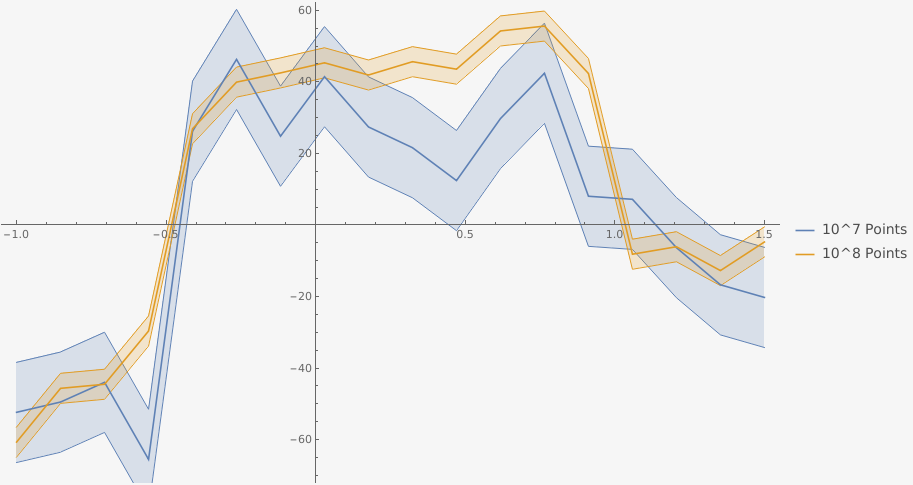 The error bands are based on the error estimates Mathematica gave me in the NIntegrate::maxp errors. For both runs, the average time per point appears to be around $1.4\times10^{-5}$ seconds, which is quite a bit slower than what it should be, but I suppose that could be attributed to overhead.

We have to modify the integration functions to be

In the LocalAdaptive case it is important to set MinRecursion to something larger than 3. While NIntegrate does not throw an error for lower values, both the result and runtime make a jump, and tend to remain stable from there on out (in the following I am always using MinRecursion->15). My guess would be that there are features in the integrand that are too small for NIntegrate to notice for small values, but I am not really sure what is happening.

Performing the integrations in steps of 0.05 using the LocalAdaptive method, as well as AdaptiveMonteCarlo with both 10^7 and 10^8 points per interval, I get the following result: 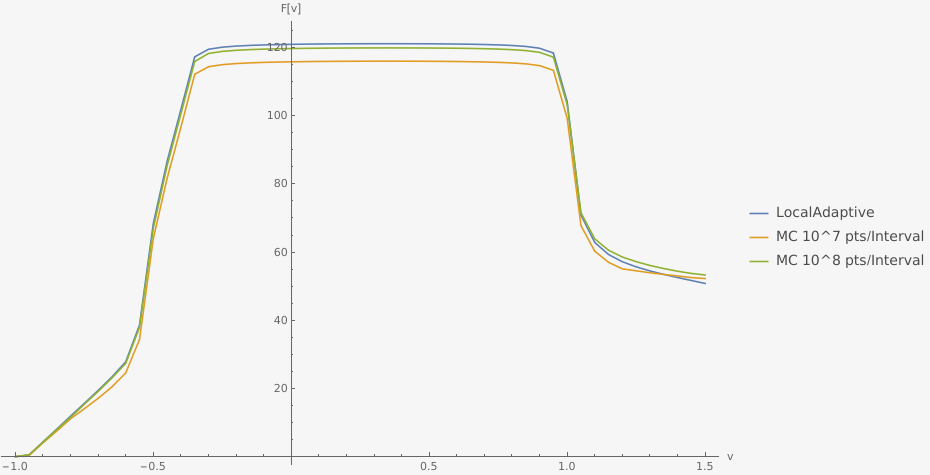 The Monte Carlo results appears to converge to that of the LocalAdaptive strategy. The difference increases for larger values of v, but that is to be expected, as we are adding all the errors of the previous steps.

The plot is normalized to the point {-1,0}, since AdaptiveMonteCarlo and LocalAdpative appear to disagree on the value of the integral from -5 or -1,

My guess would be that this is caused by features that are overlooked by NIntegrate, since the integrand is rather 'spikey'. Perhaps splitting up this integration region into smaller subintervals may help here as well.

Also note that even with the performance improvements the LocalAdaptive strategy is still very time consuming. The following graph shows the required time per interval of the results above: 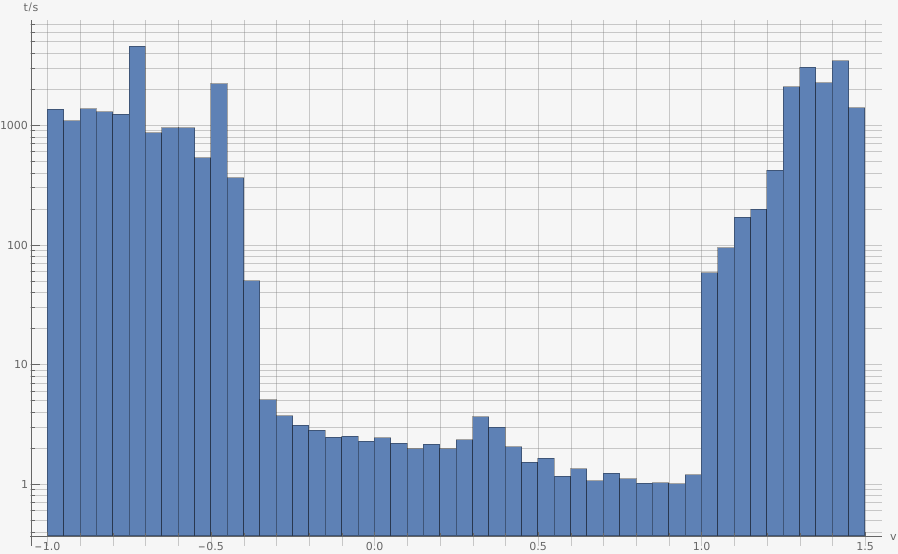 Based on the detailed answer by @Hausdorff and the hints from @Akku14, I found that it is more efficient to transform the space integral into ParallelSum and then perform NIntegrate at each point with respect to r. Now the whole process takes only 15 min for all steps and with acceptable accuracy as shown in the attach Fig. Note that the max. value is about 60 (more close to the real one shown in the question) in the Fig. below while it was almost doubled, about 120 in the last result of @Hausdorff.
updated 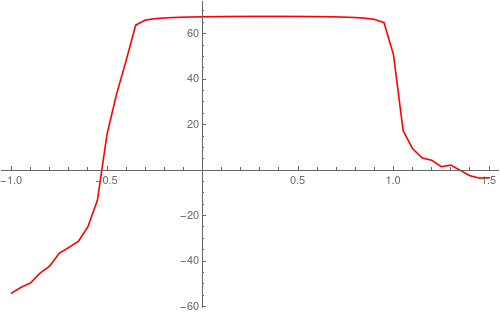 Not the answer you're looking for? Browse other questions tagged numerical-integration or ask your own question.