Getting strange output on commands that used to work

I have used the following code before and it worked then but now it seems to default to the word Function, and some of the other commands are giving results like All when they used to work.

Would you help clarify what's going on?

This used to work but now, the output of the last line is Function.

It is unlikely that the OP $data$ ever worked for 2 reasons. First, in the definition $data$, the "LastValue" property of a TimeSeries object is called returning an Integer in the second column. Integer has no "LastValue" property that is subsequently called in the $usaStateXXX$ functions.

Second, the definition of $data$ is not transforming columns, rather it is returning a new list of lists of functions applied to columns. This can be seen in the documentation for Dataset under the details section shown here. 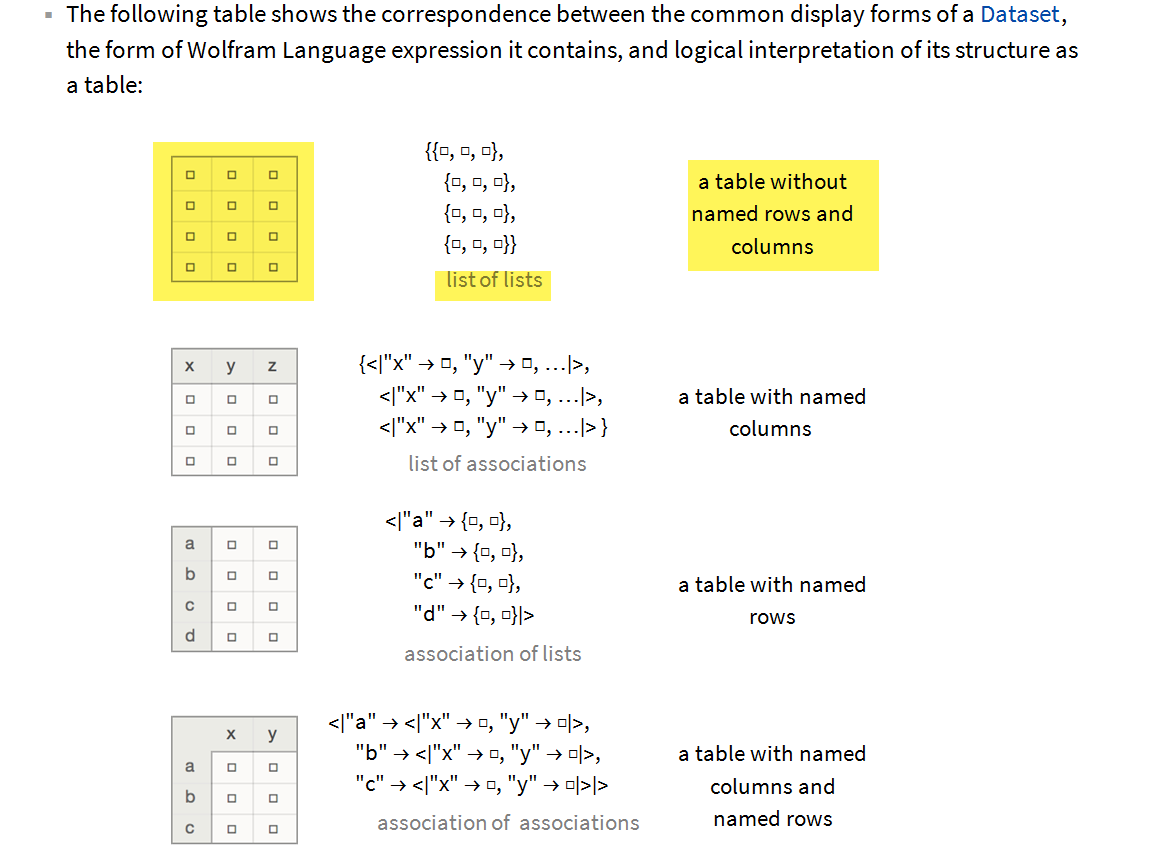 Inspection of $data$, shows that it is a list of lists with no column names. 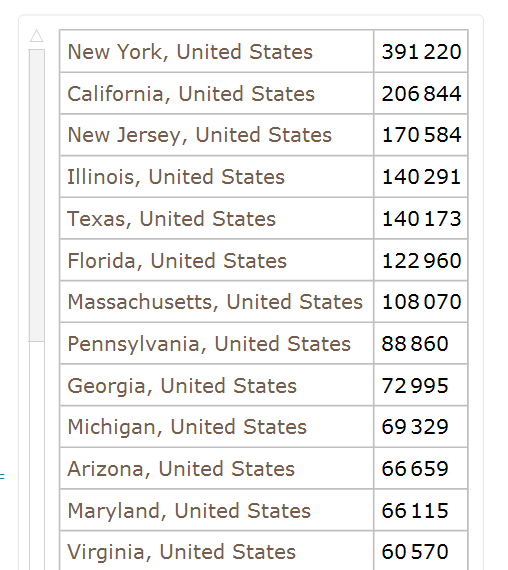 If it is desired for the $usaStateXXX$ functions to work, just build $data$ by providing the column keys as shown:

I am a Dataset novice versus a Dataset jock. My main motivation to answering MSE questions is to build MMA skills in areas that I am deficient, so any help is welcome.

In this case, let's look at a simple dataset from the documentation.

Now, let's examine three ways to operate on the dataset and see what it returns.

If we want to take specific columns of the dataset using keys, then it will return a list of associations as can be seen by the dataset formatting or the Normal representation. 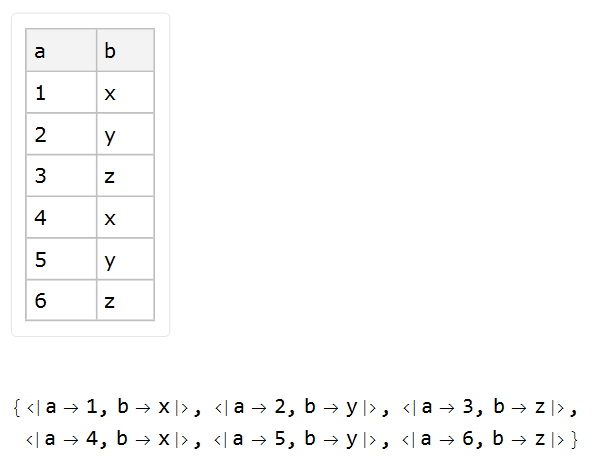 2. Apply a List of Functions to All Rows (OP Case)

If we apply a list of anonymous functions to the dataset, then it will return a list of lists. As such, it lost its column headings so that it cannot be used in subsequent operations. This is similar to how $data$ was constructed in the OP. 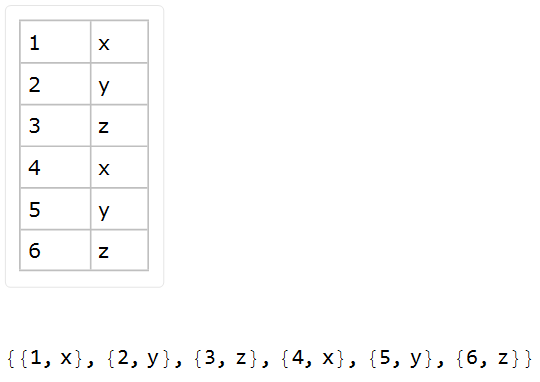 I would say that this is "unlikely" to be a new behavior in dataset, but I am novice.

To apply functions to columns and retain or create new column headings, we need to use associations as shown in the Dataset Documentation. 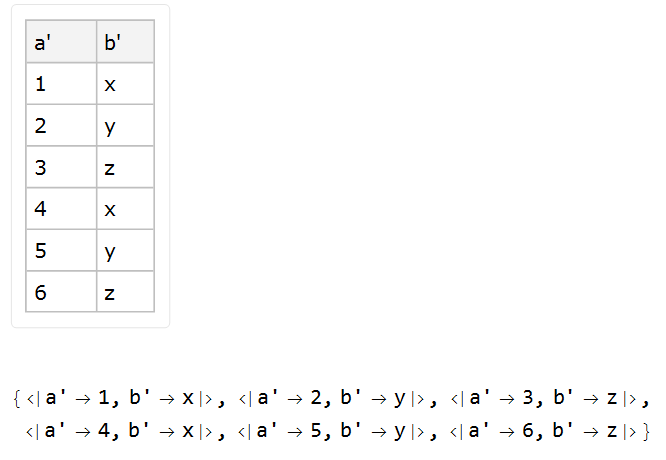 Independent of whether there has been a change in the ResourceFunction, operating on the data like case 2 will return a dataset without column headers (at least for my version 12.1.1 for Microsoft Windows (64-bit) (June 19, 2020)). The subsequent functions rely on those column headers. Therefore, I considered it "unlikely" that it worked. Someone would have to look at another version to see if the operation returned a list of associations, but then one would have to contend with the Integer type not having a "LastValue" property as in the TimeSeries object.

19
How do you deal with very large datasets in Mathematica?
0
How to adjust the correct ImageSize between two plots
16
Temporal database reconstruction in mathematica
13
Creating a Stock Dataset
12
Rescaling data to make a "continuous" function
5
Functions for total Covid-19 cases and deaths in a US county
3
Advanced List selection by strings when preprocessing data