This is a followup question to packages will not load.

I can get SamplePackage to load by doing <<SamplePackage.m or <<SamplePackage' but I cannot get TMPClasses.m package to load, which I took from 'The Mathematica Programmer' by Maeder. Initially, TMPClasses.m was in ...Applications/myPackages/ and wouldn't load. I had myPackages in the search path. Since SamplePackage would work I tried to make the situation as symmetric as possible by renaming myPackages folder to TMPClasses, the same name as the package. The SamplePackage.m file is in a folder named SamplePackage. Except for the contents of the files themselves and the order the folders are placed in the search path I cannot think of any other asymmetries between the two situations. Any ideas on why this won't work? See the images below to see what I tried as well as the file structure. 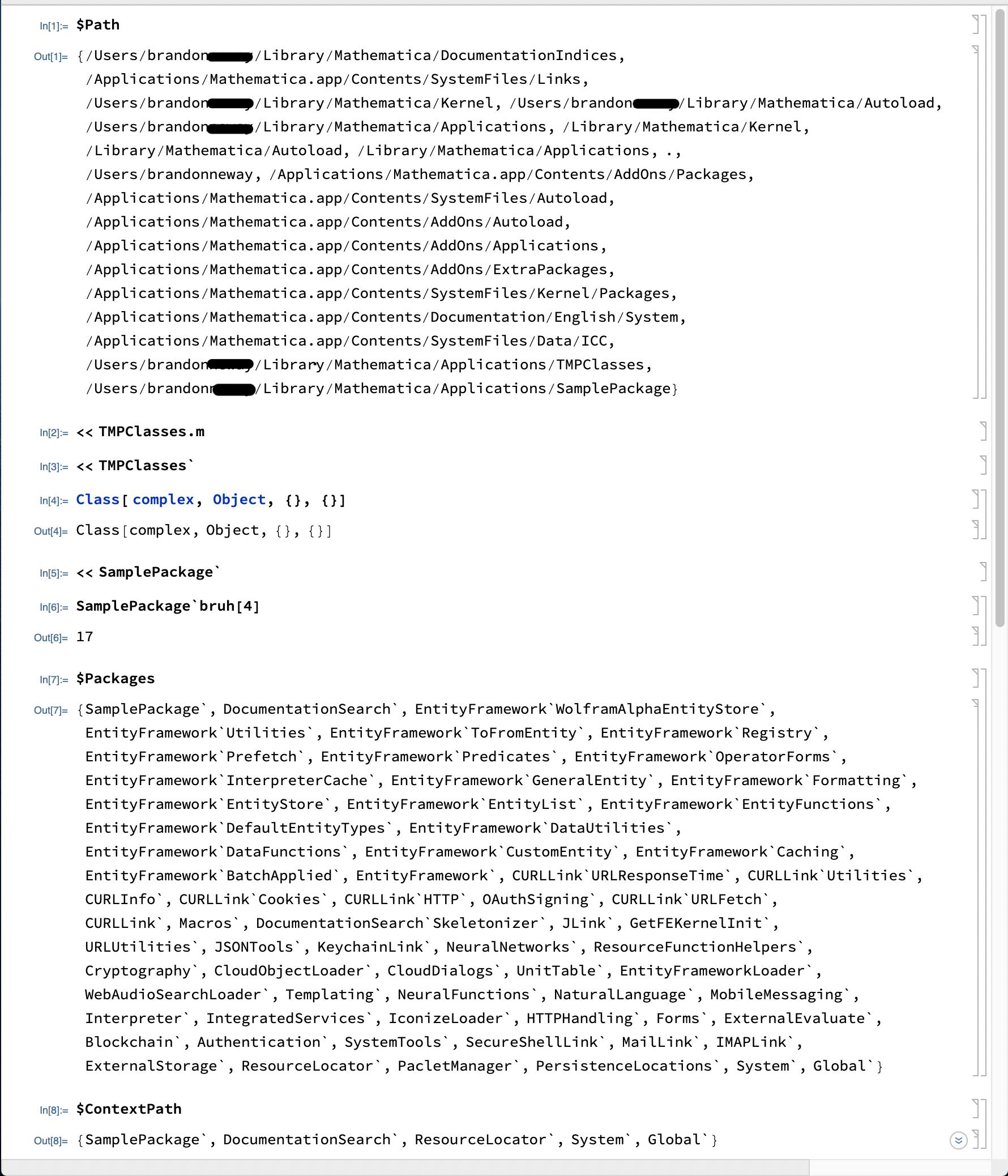 As you can see, both files can be found:

As was suggested to me in the previous question I posted, for both packages I tried making a Kernel directory in the same directory as the .m file. In the Kernel directory I placed an init.m file with the contents Get["SamplePackage'SamplePackage'"] or Get["TMPClasses'TMPClasses'"]. After doing this, SamplePackage still loaded properly, and I was able to access the functions, and TMPClasses still would not load.

Not the answer you're looking for? Browse other questions tagged packages or ask your own question.

2
packages will not load

13
Load a Mathematica Package via .Net code
3
Creation of name.m Package
11
Can't load LevelScheme package
6
Package relative file path specification
0
Package to read in data from excel files
8
What is the correct to have package A use package B in its private section without making B visible to the user?