We changed our privacy policy. Read more.
This site is currently in read-only mode; we'll return with full functionality soon. Follow @StackStatus or visit our status blog for more info.

Parametric Plot 3D: A curve and a surface plot together

I am new to Mathematica and I tried to make a superimposed plot of a curve on a half sphere and need help with some graphics.

I obtained the following output 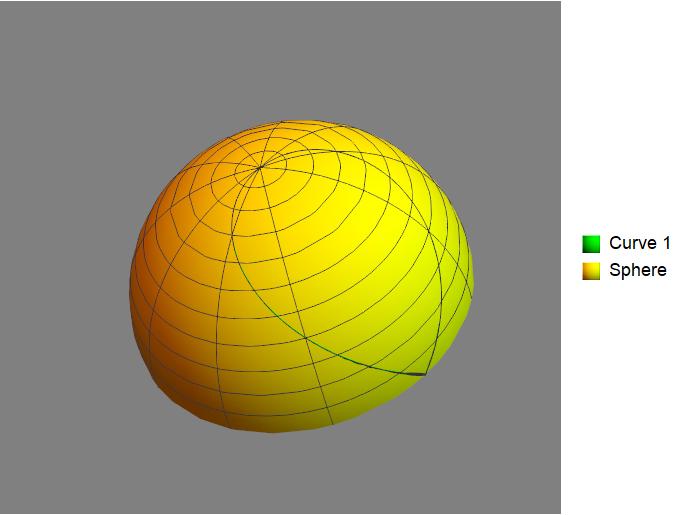 and with little change in the background this one 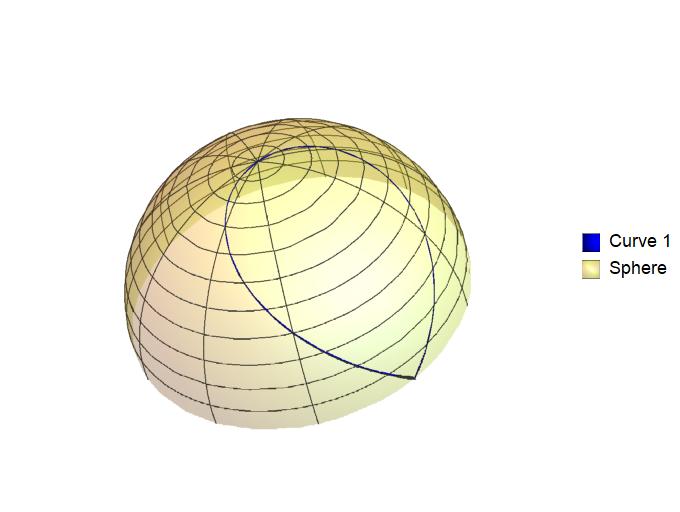 I want to know if the visual of the general curve can be improved and if one could put arrowheads along the Curve 1 in the anti-clockwise sense of rotation. What could be the procedure?

When I turn off the Mesh, the Curve 1 also vanishes. How could I keep the curve and put Mesh-> None on the surface at the same time?

This is what i have been able to do so far. 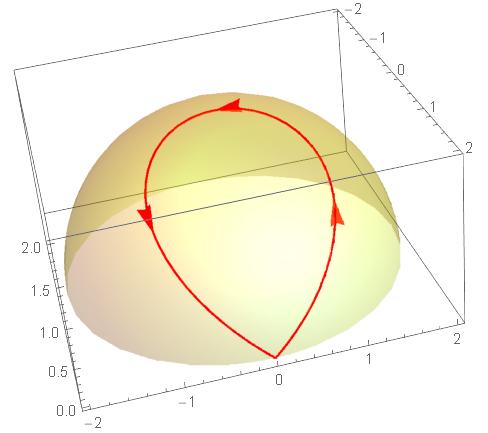 and here is the code

This site is temporarily in read only mode and not accepting new answers.

Not the answer you're looking for? Browse other questions tagged plotting graphics3d parametric-functions differential-geometry .

24
Solving Killing equations
1
Manipulate wrapping ParametricPlot3D - part spec longer than depth of object?
10
Dipolar magnetic field lines inside a cylinder
3
Parametric Plot on Surface of Sphere
6
ParametricPlot3D for only part of a sphere
6
Is Mathematica capable of converting parametric equations into a function? If so, how?
1
Parametric plot for Pressure-Volume Curve
8
How to calculate specific area on surface of sphere?