How can I make dynamically changing functions?

I am trying to do transfer matrix calculations (optics), where I have a layered sample and want to calculate how light propagates through it, depending on some parameters: 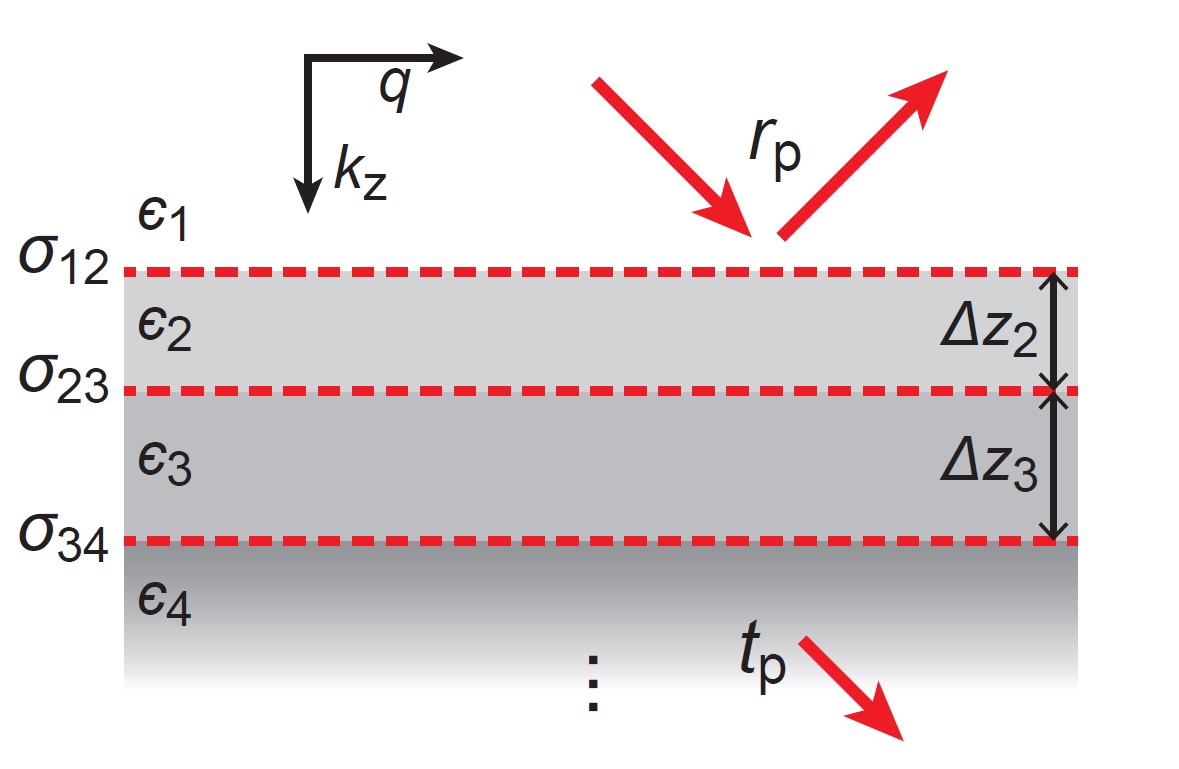 What I want to do now is a script, where you can give a number of layers such as n=3 and the transfer matrix will be automatically generated (of course you have to give a list of parameters as well). I thought of doing this recursively with a for-loop, such as:

but this does not seem to work, probably because I am declaring a function M and then overwrite it (M is initialized as a unity matrix before this function).

The thing is, for a higher number of layers the transition matrix becomes a bit unhandy, and even more so if you want to edit it manually. I was hoping to generate this function dynamically from the input of n and a list of material properties and then store it in a file, to be able to transfer it to a different script later.

Is there a way to do this? Where did I go wrong? I know that := is used to delay the calculation of the value (effectively making the thing left of it a function) and that does not seem suited for recursive use... but I also tried different variations and nothing worked. Also, the input parameters of the function in the brackets M[...] will probably be a problem, because it will be more parameters for each layer. Can I bridge this? I know that I can input anything into a function but I need to name it, because I need the values at specific points of the function.

Somehow I can't believe that Mathematica does not support the dynamic generation of functions depending on input, it seems like such an obvious thing to me. I tried to search for solutions but the name of the Dynamic[] function interferes with my search and I couldn't think of a better word to describe the type of function that I want.

EDIT: so here is some real code:

these three examples are:

So if only this Matrix multiplication would work with a loop, I would be fine :/ but unfortunately, it doesn't seem to work this way.

Any help would be greatly appreciated!
Best,
Julian

You don't need to modify functions, you just need to define the e[i, K] and d[i, K] and call this: