DistributionChart only shows entries with more than one value

DistributionChart does not show entries for sublists containing only one element. Although I can understand why this would be reasonable (there's no "distribution" of a single element), it seems that at least some of the display options such as "PointDensity" should at least plot the points in question. 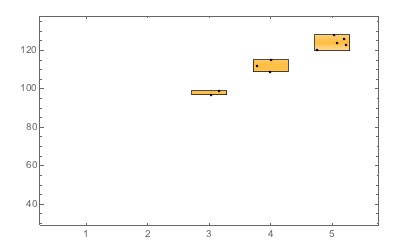 shows the points associated with the sublists containing more than one element, but does not show any of the points in the first two sublists.

A hacky way to do get this to display is to add a duplicate entry to the single-member lists, e.g., redefining:

for the example above gives: 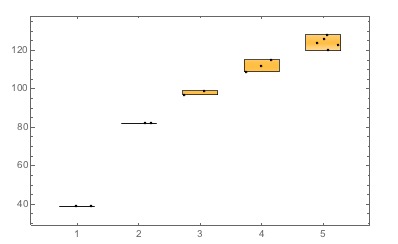 which at least shows something, although the presence of two points is undesirable.

Is there a better idiomatic way to shows these single points on this type of plot?

Using Show-ing with a ListPlot (as in this answer) seems even more complicated.

I suspect there's a way to do it by defining a special ChartElementFunction, but I don't understand graphics well enough.

probability-or-statistics charts
Share
Improve this question
edited May 4 '20 at 5:12 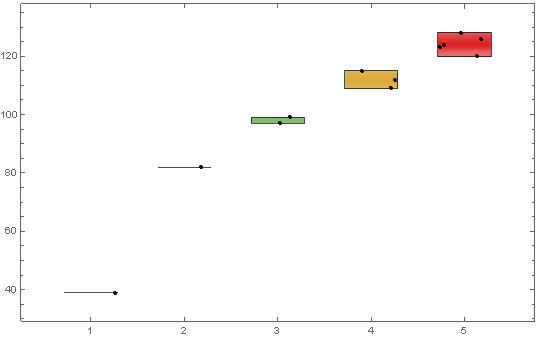 Update: We can use a custom ChartElementFunction to place points less randomly than the built-in "PointDensity" does: 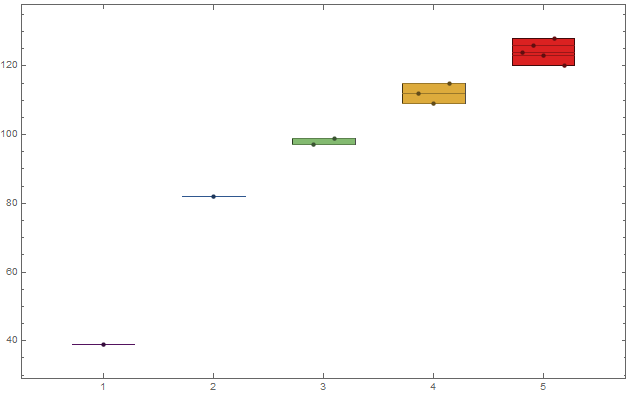 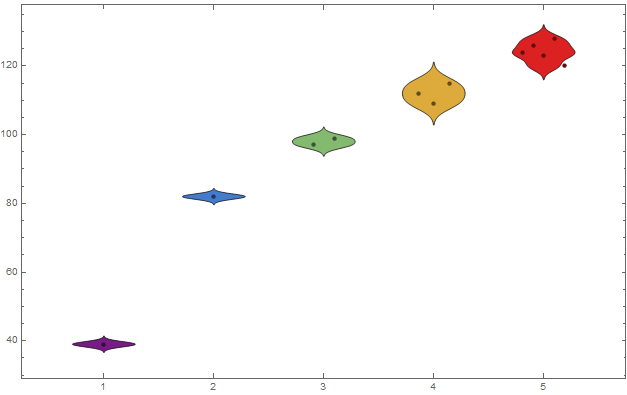 Not the answer you're looking for? Browse other questions tagged probability-or-statistics charts or ask your own question.

18
What is the average of rolling two dice and only taking the value of the higher dice roll?
3
How to place more than one ChartLabel in a BarChart
10
Probability: MultivariateHypergeometricDistribution broken with more than five categories?
4
How can I create a chart like CandlestickChart, but for non-financial data with something other than dates as the abscissæ?
2
How can one reflect the vertical axis and add a label for the vertical axis to reflect units when using DistributionChart?
1
Expectation value with respect to the binomial distribution
2
BoxWhiskerChart: How to combine more than one extra ingredients?
1
How to deal with more complex transformation distributions