From mobile, so not tested 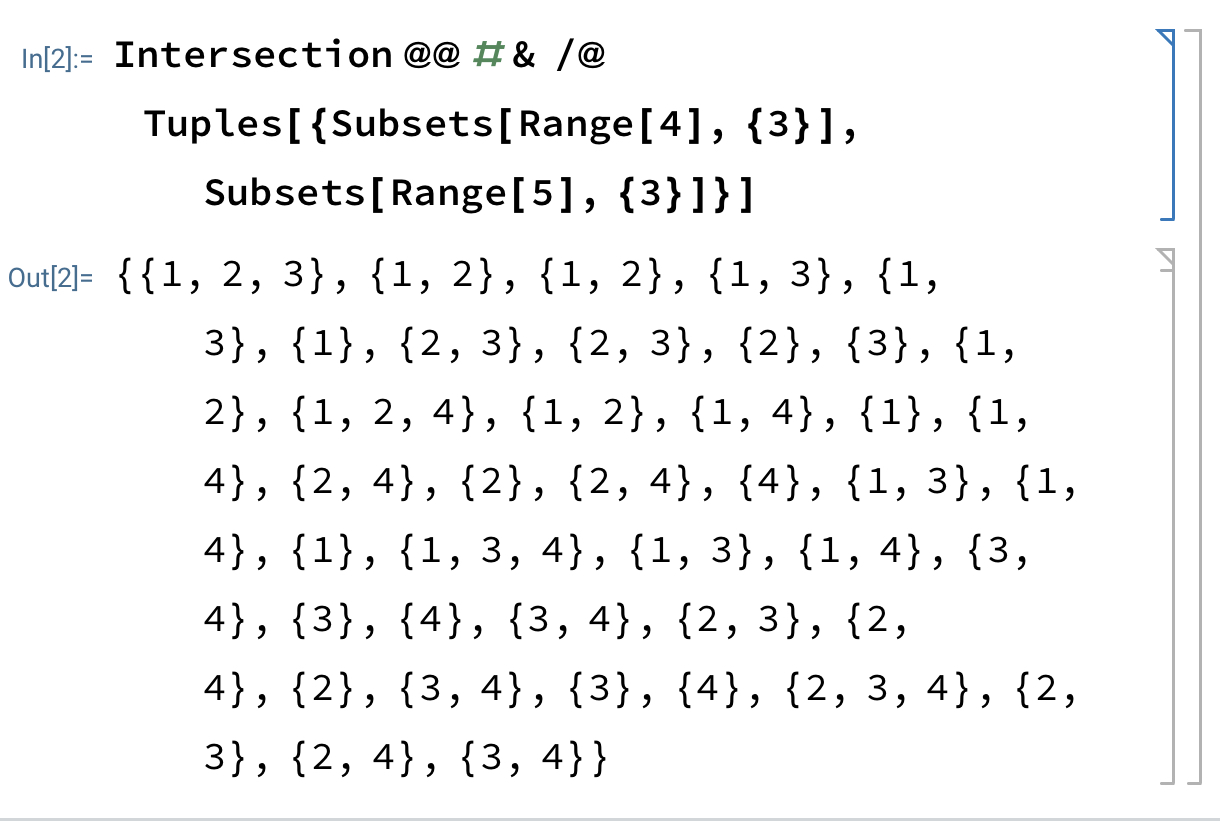 Update. Another solution, which preserves the inner/outer structure:

Here is the naive way (hoping for a more idiomatic, functional soln from someone).

Not the answer you're looking for? Browse other questions tagged list-manipulation combinatorics sets or ask your own question.