I'll show what I'm doing in the moment and after that I'll explain what I'm trying to achieve. I use the following code to generate a large number of Barabási-Albert networks, and after that I plot the degree distribution of these networks.

From the ListLogLogPlot command I get the following plot: 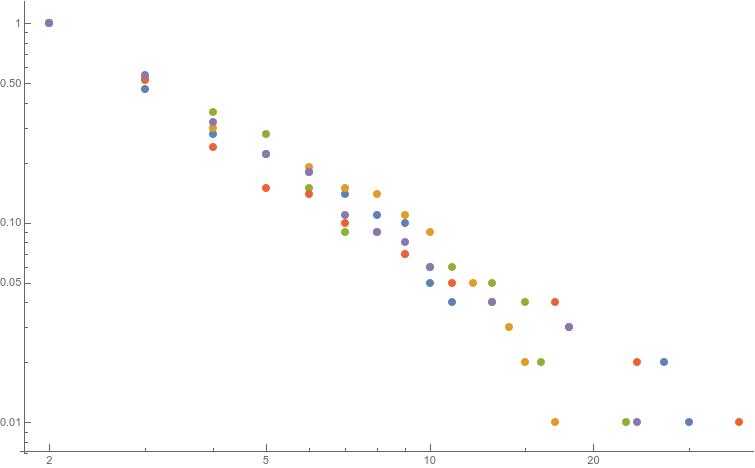 Each color represent a dataset from the code above. Since the graphs generated through the Barabasi model are random, I generate a large number of them in order to find the average behavior of the degree distribution in order to compare it with the degree distribution of other network models. However, I can't find a function that works in this kind of datasets, specially because they have different lengths when you are working with large networks (4000-10000 nodes). 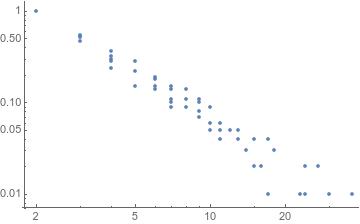 But even with a list with only one dataset the FitLinear and Interpolation functions won't work. Does anyone have a clue if I can find the average representation of these kind of datasets with Mathematica?

You are working with distributions. Instead of averaging, simply combine the data from multiple graphs before visualizing the distribution.

This combines the degrees from 1000 graphs:

Visualizing the "CDF from the right" (survival function) only requires reverse sorting the data. 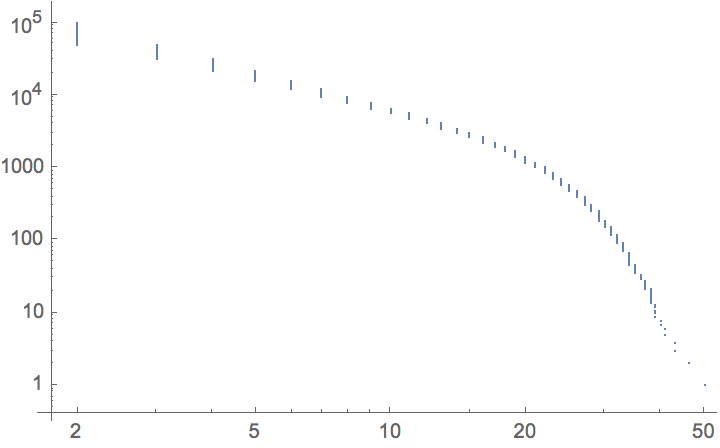 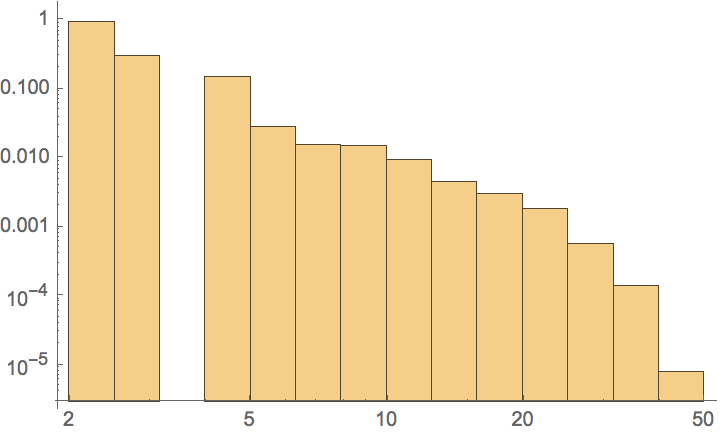 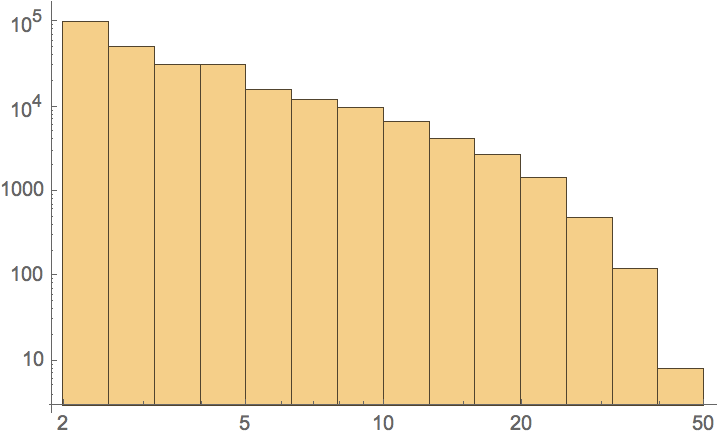 Not the answer you're looking for? Browse other questions tagged list-manipulation graphs-and-networks distributions averages or ask your own question.

10
Ηow to create an interpolated CDF from its samples?
3
Efficient Sampling of A (Countable) Discrete Distribution
1
PDF of sum of squared UniformDistribution (TransformedDistribution)
1
Degree distribution command in Mathematica
2
Testing if a Graph is Balanced
3
Looking for a better way use multiple pure functions to condense repetitive code
3
Connecting 2 graphs according to NearestNeighbor and degree distribution