Bug introduced in 12.0 or earlier and persisting through 12.1

Create a notebook having interspersed cells of figures and text:

But the page will still be broken at that point.

Page breaks can also be visualized without printing, by setting ShowPageBreaks -> True on the notebook and setting the Printout environment.

Why does Mathematica not respect page break instructions? How can I force it to not break the page between these two cells?

What I wanted was to create a figure caption cell style that stays together with the figure above, but I can't even get the page break options to work reliably when set explicitly on a cell, not to mention when included in a style.

The goal is to prevent addition of page breaks between the Caption cells with numbers and the next cells.

The code below demonstrates the problem: pay attention to the bottom of each imported page: the Caption cell number 6 at the bottom is separated from the next cell containing "line"s by the page break in the case of nb[2] despite the fact that every of the used options should prevent this according to the Documentation: PageBreakBelow->False and GroupPageBreakWithin->False and PageBreakAbove->False. But none of them works, as well as all them together! The case of nb[3] demonstrates the expected behavior for nb[2]: the caption cell number 6 is on the page 2 with the next cell - but it is achieved by using the option PageBreakWithin->False which shouldn't behave like this, according to the Documentation! 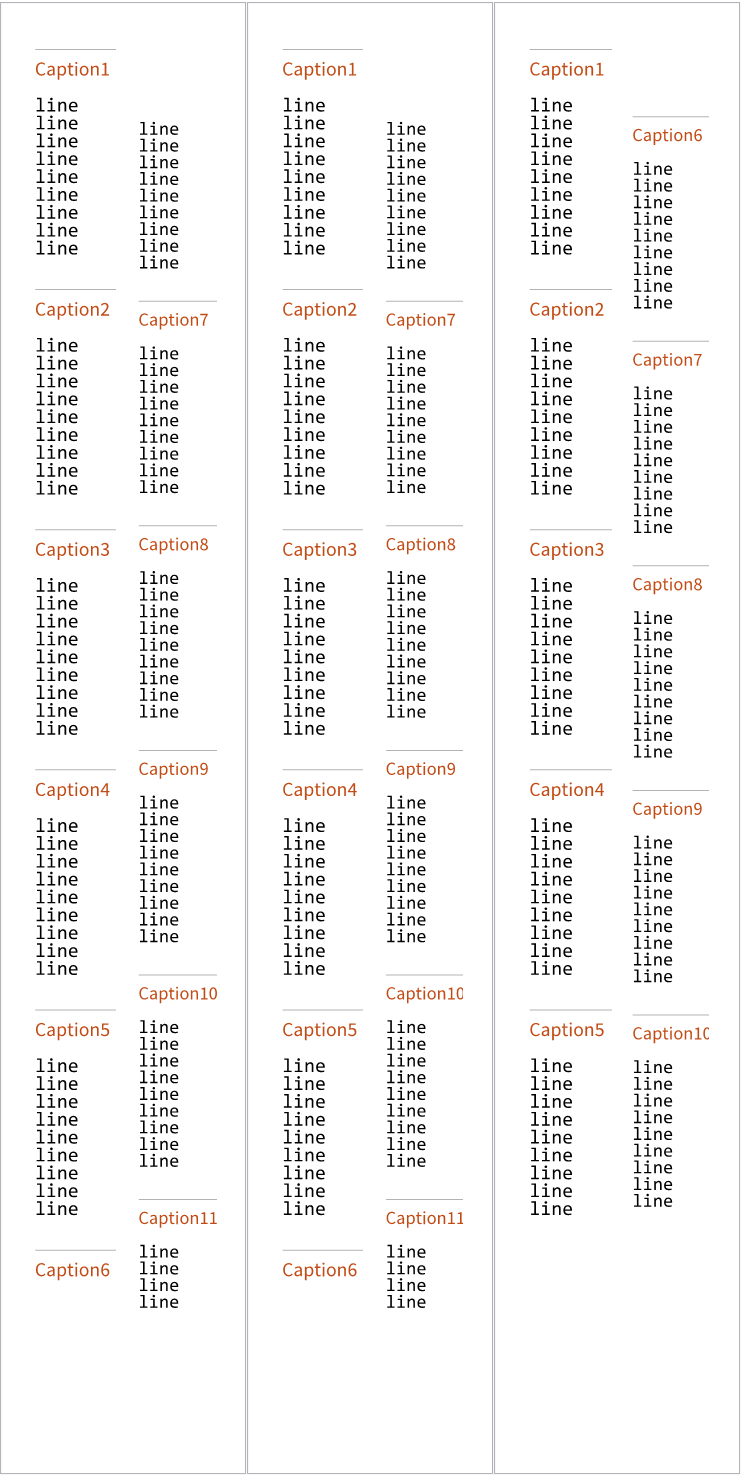 I have checked and found that GroupPageBreakWithin -> False options is ignored too, both for CellGrouping -> Automatic and CellGrouping -> Manual. Here are corresponding pieces of code:

In both cases the first break comes after "4", in full contradiction with the Documentation for GroupPageBreakWithin. Definitely a bug.

I confirm the problem with versions 12.0 and 12.1 on Windows 10 x64: both File ► Save As... ► PDF Document (*.pdf) and actual printing to a PDF printer don't respect the PageBreakBelow -> False and PageBreakAbove -> False settings. The same is true for the Export function: 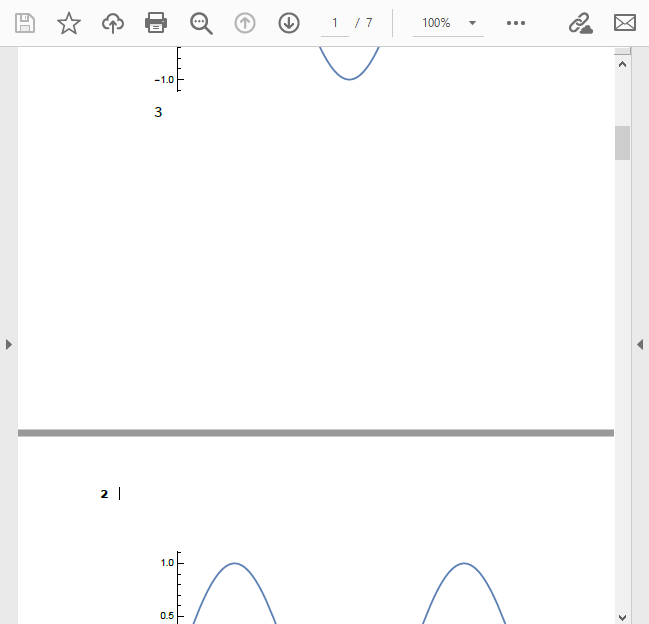 Worth reporting as a bug.

I also noticed that the File ► Print Preview... mode is very unstable and buggy: sometimes it visualizes the page breaks with ShowPageBreaks -> True, sometimes not, and even worse: this behavior and positions of the page breaks change with changing the Magnification. Here are screenshots of the same page (generated as described in the OP) in the "Print Preview" mode with ShowPageBreaks -> True set, but with different magnifications (the cursor is placed right after the cell containing "3" in the all cases): 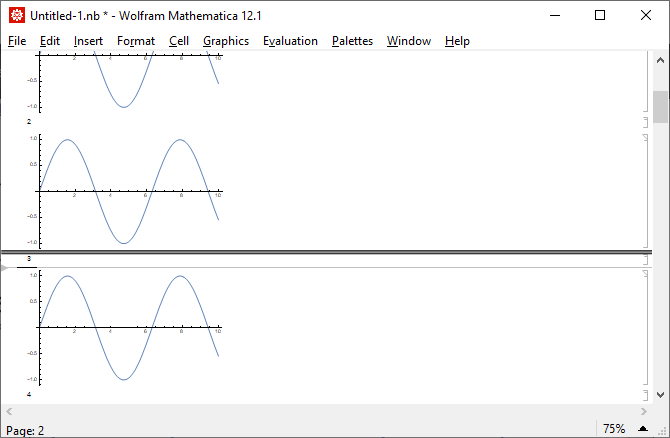 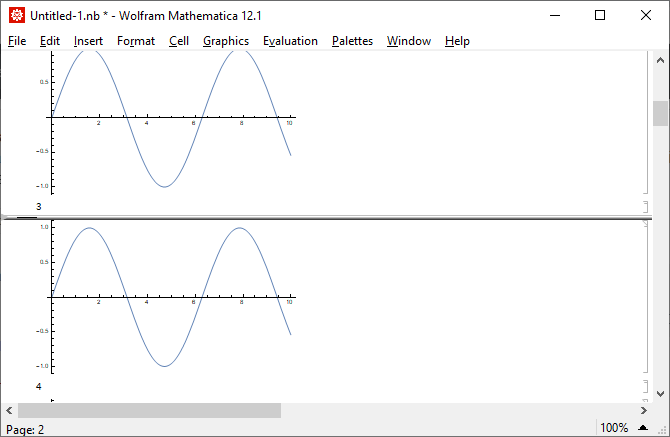 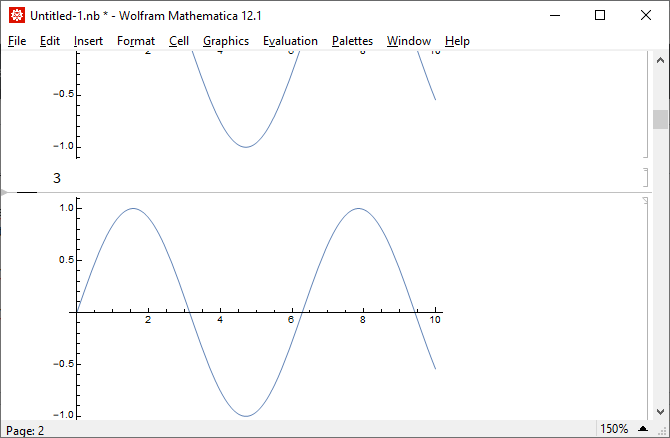 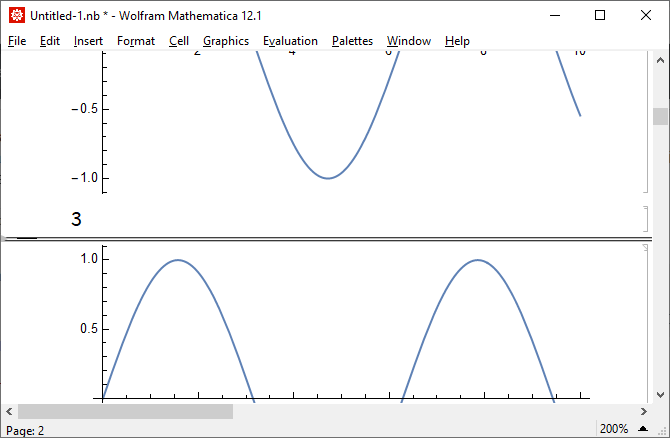 Not the answer you're looking for? Browse other questions tagged bugs export notebooks formatting document-creation or ask your own question.