How to visualize a spherical mesh on a squared plane?

I need to visualize the points of a spherical mesh on a squared plane (this question is different than this one, I believe). For instance, let us first generate points pts on a unit sphere. (Original question used a function from MathWorld to generate these points. The updated version has the more efficient way RandomPoint[Sphere[], num]).

Then, let us use the points generated to create a mesh (Delaunay Mesh in this case): 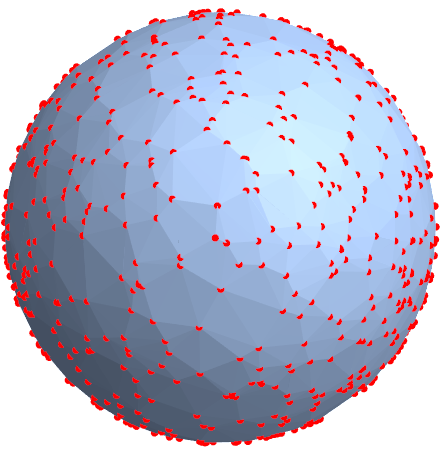 Is it possible to visualize a squared 'planar' version of the mesh while minimizing distortion? Any approximation will suffice since I perform computations on the sphere (the square is only useful for visualization).

I've tried creating a planar graph, but I realized that many meshes produced in this way are not planar. Then I tried making a graph with a SpringElectricalEmbedding layout (and others), but I cannot force these layouts to be 'squares': 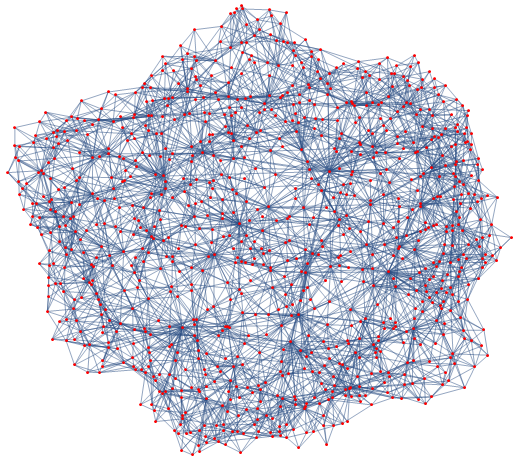 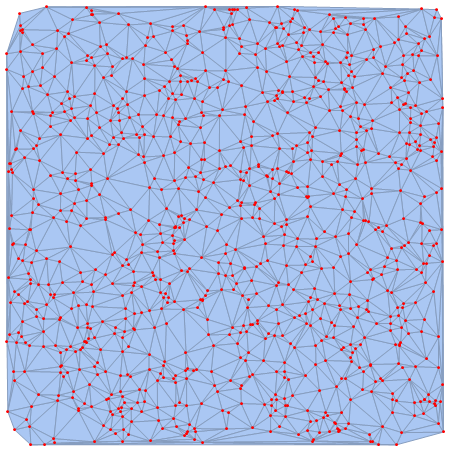 Any hints towards this goal will be appreciated. To be clear, I don't require a 'planar graph' to be created, that was only an idea I had at first. Any method of visualization would suffice, as long as it preserves the vertex connectivity. Even more, if the 'boundaries' of the plane representation requires it, we could remove the edges at the boundaries, and only visualize the connections for 'inner' vertexes.

I wouldn't try to do this on a square (assuming you want at least some sort of systematic correspondence between edges on the sphere and their projections), at least if you don't want crossings on square sides.

As @Szabolcs stated, you can't really do this without extreme distortion. You may use map projections, though, picking your poison (for the mesh boundary): 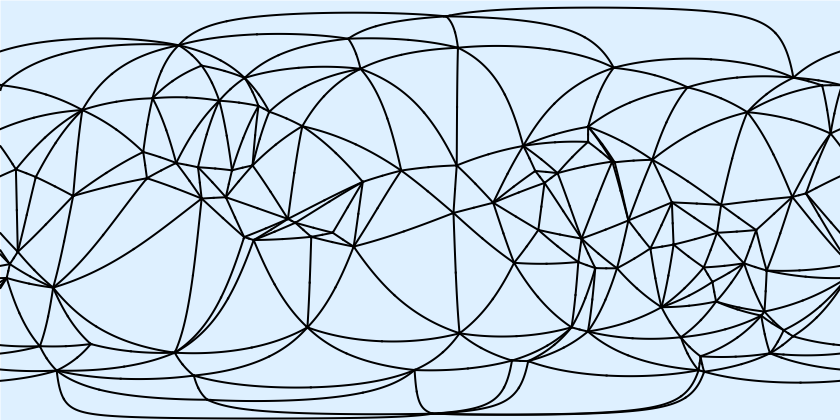 Here lines of the boundary of the Delaunay mesh are converted to geodesic paths between latitude-longitude points and are projected to an "empty" map, in this case choosing distortions of an equirectangular projection. Note that many graph edges cross the edge of the projection.

Instead of equirectangular projection, one can use, for instance, Hammer ("Hammer"): 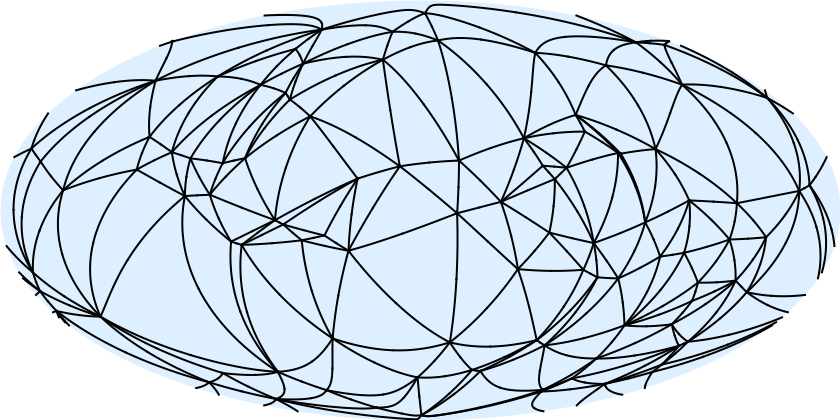 The azimuthal equidistant ("AzimuthalEquidistant") projection can avoid crossings of the projection boundary (although lines close to it tend to have rendering problems), but with extreme distortion: 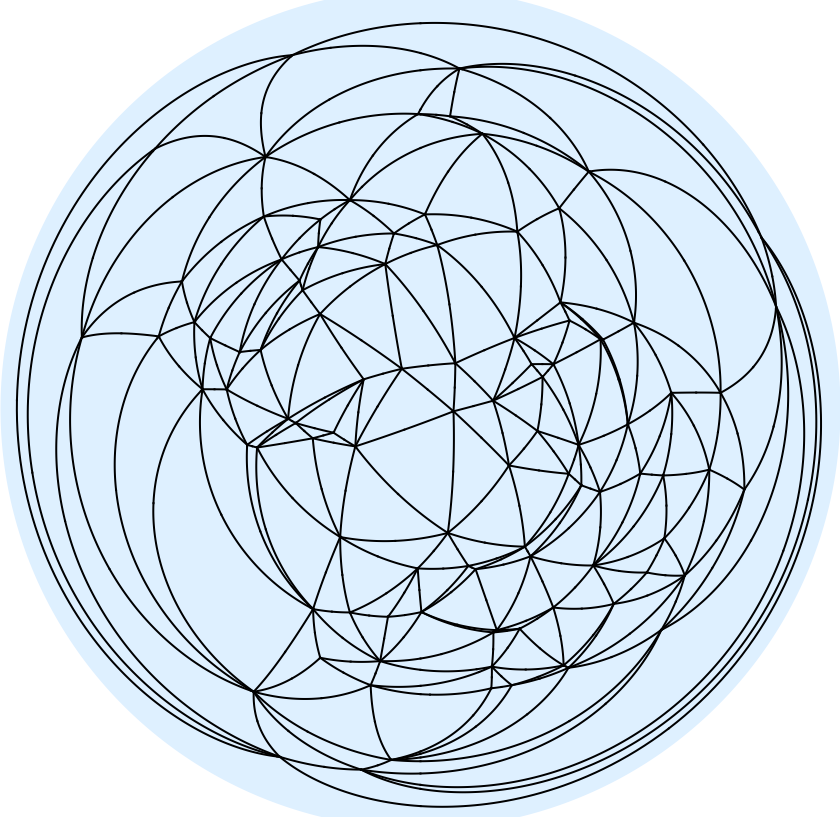 If you absolutely want to use PlanarGraph, you can do it on the boundary region, but it'll be laid out inside a triangle (because your boundary mesh consists of only triangles) with much worse distortion than the map projection: 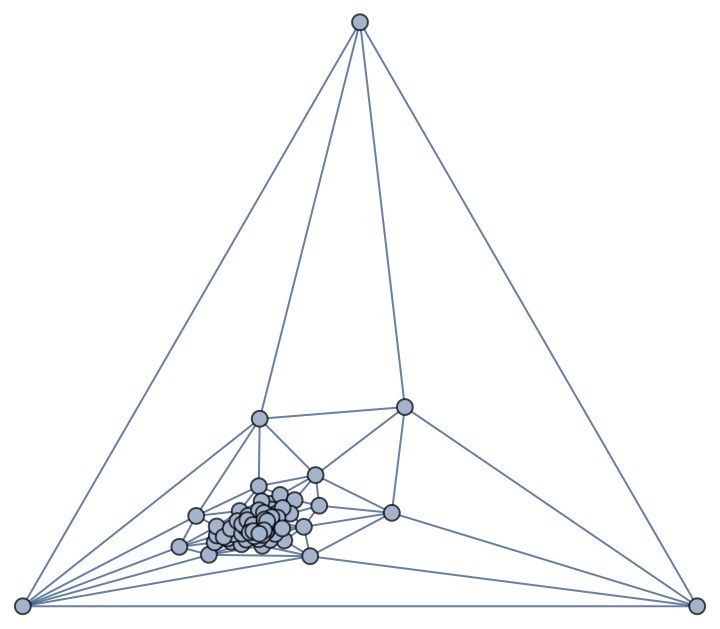 You might be able to apply some sort of function on vertex coordinates to spread them more evenly over map projections while maintaining graph properties, but that's too convoluted for this answer.

We can use a combination of GeoPositionXYZ and GeoPosition to get 2D projections of mc: 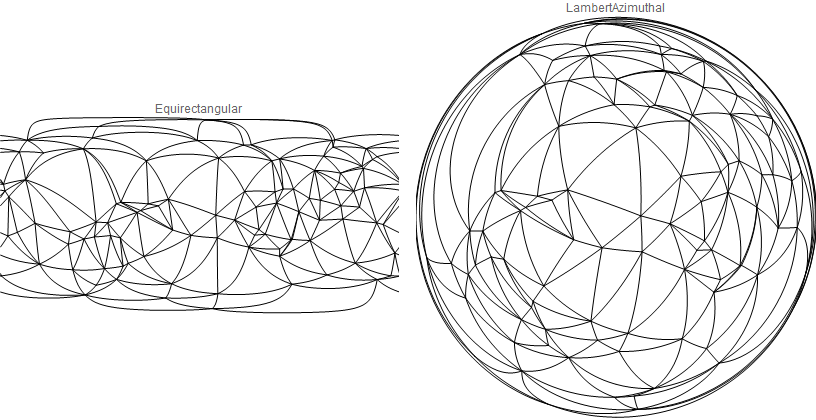 We can post-process to get straight lines: 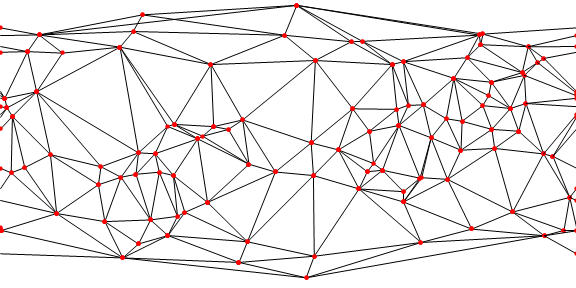 Not the answer you're looking for? Browse other questions tagged graphics graphs-and-networks computational-geometry mesh geometric-transform or ask your own question.

8
Triangulated Mesh from Voronoi Diagram
10
Visualizing subgraphs while specifying the locations of vertexes
3
How to calculate a Delaunay mesh nerve?
1
Angles inside of Voronoi mesh cells
25
How to plot planar graphs in a visually pleasing way?
4
duplicated vertices in mesh generation
22
How to obtain the cell-adjacency graph of a mesh?
2
Unwanted mesh line in spherical plot
4
Mesh with Prescribed Vertices