I realised that my previous post was a little vague so I hope this post clarifies any confusion. I've looked over the code much closer and I'm getting much closer to obtaining a solution. Currently the issue I face is I have 4 PDEs that I want to solve for using NDSolve:

However whenever I run the code to solve in NDSolve:

I get the error:

My question is how can I resolve this issue?

My attempts at resolving the issue

After a lot of attempts at resolving this issue, I discovered that changing the boundary condition:

I obtain what I think is the correct solution: 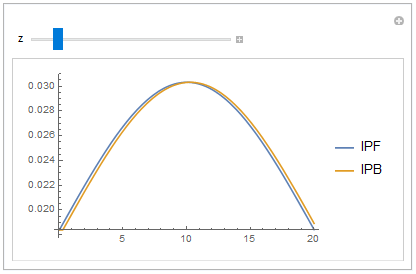 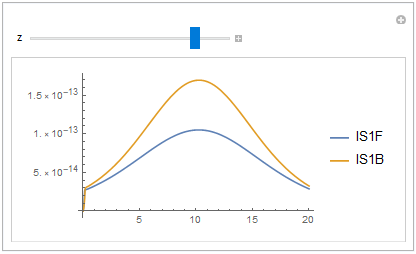 But the boundary condition that I replace is important because it means that IS1F is generated when IS1B hits the starting "wall."

Furthermore, I have looked closely into my problem and have discovered that omitting the fourth PDE and setting IS1B[z,t] = 0 (i.e only solving for IPF, IPB, and IS1F) gives me a reasonable answer, which strongly suggests that IS1B[z,t] is causing the issue.

Attempts at resolving the issue pt. 2:

By trying to incorporate the boundary condition that I want, I've discovered that changing the method in NDSolve to:

gets rid of the singularity error, but the graphs produced for IPB[z,t], IS1F[z,t], and IS1B[z,t] are clearly wrong: 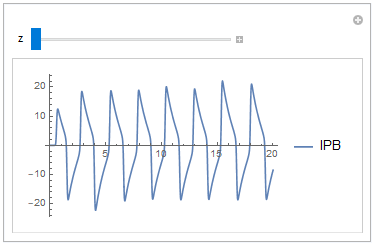 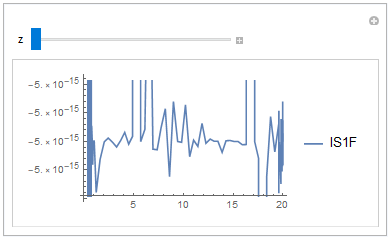 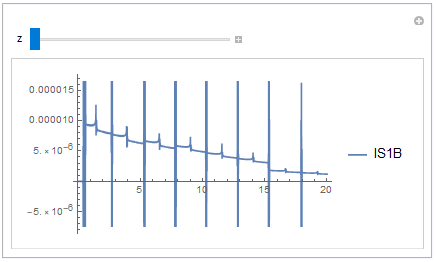 So I think that the issue is related to the accuracy of the numerical method used, but I'm unsure on how to proceed.

I think the error is to do with the boundary conditions, but I'm stuck on how to proceed. The PDEs are rate equations and the boundary and initial conditions are:

This is gaussian pump power being pumped into the 'cavity' at the input, z = 0, and is a function of time, t, and is travelling forward (to the right in positive z direction).

Power is leaking out of the system (ROCS1 = 0.5), and IS1F is being transferred into the backwards travelling first-stokes wave (IS1B). So I should be losing power in the system.

These are the initial conditions.

I'm super lost on how to modify the boundary conditions whilst keeping the physics the same. All help is appreciated

Browse other questions tagged plotting differential-equations numerical-integration boundary-conditions or ask your own question.

0
Using NDSolve and PieceWise for boundary conditions for coupled PDEs

16
What boundary is added when boundary condition is not sufficient?
5
Solving a second order coupled PDE system
5
Variation of heat equation with guessed initial condition
12
Why does NDSolve fail to solve the PDEs and spit out mconly warning?
7
Absorbing Boundary Condition for Complex/Coupled PDE
3
How to specify non-reflective boundary conditions when NDSolving two coupled first order PDEs?