How to draw a higher-genus surface

NB: By higher-genus surface, I mean a closed orientable surface of genus at least 2.

This question has come up before on math.SE, and even MathOverflow, but most posters suggested using either Blender or Inkscape. However, I would like to draw these higher-genus surfaces in Mathematica, because I am trying to create a Manipulate which takes as input a word in the fundamental group of such a surface, and outputs the corresponding geodesic, drawn on the surface.

So, for example, let's say I am trying to draw a genus 2 surface. What I am doing now is the following:

This gives me this (not-so-bad!) picture: 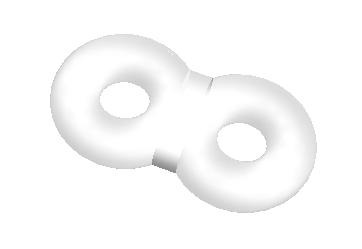 I am wondering what other methods there are for creating these surfaces, perhaps with a smoother finished product than the one I currently have.

And of course, ideally, I would eventually draw the two "building blocks" of all such surfaces, the once- and twice-punctured tori. Then I could dynamically build these surfaces on the fly...

If you dig through Eric Weisstein notebook you can find this well parametrized version. I changed parameters and styles a bit to get closer to your shape. 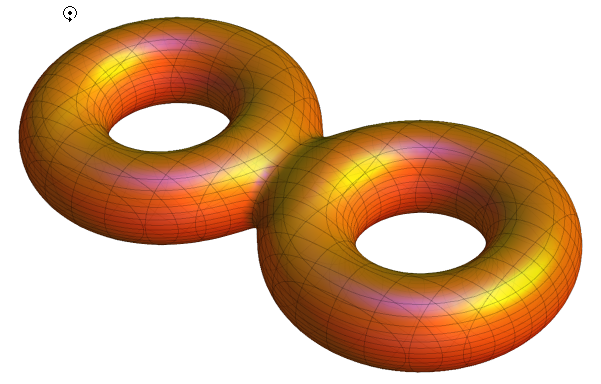 OK digging through Eric Weisstein another notebook I figured a "tentative" generalization, - at least it works with n=3 or n=4. The rest needs more time (also look here): 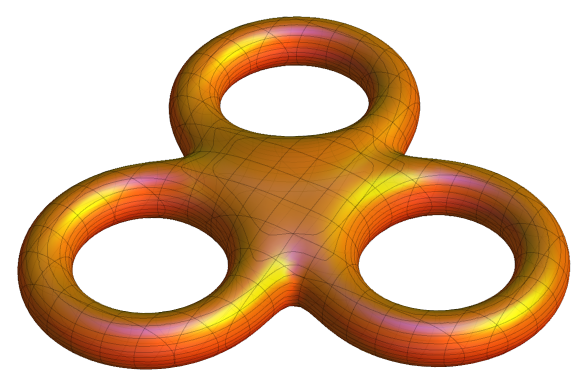 Quick and dirty: look at the boundary of a tubular neighborhood of a union of circles. 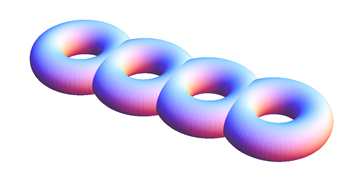 For smooth surfaces--albeit at a price--we may subvert RegionPlot3D to do our work. It's a similar idea, only now we apply a 3D buffer to a circular skeleton rather than using tubular neighborhoods of fixed radius: 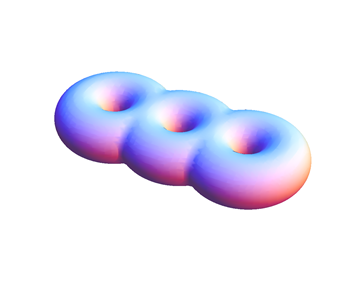 The argument x0 to d shifts the skeleton's center to x0 along the x-axis. Taking a contour of the shortest distance to a collection of circular skeletons does the job. 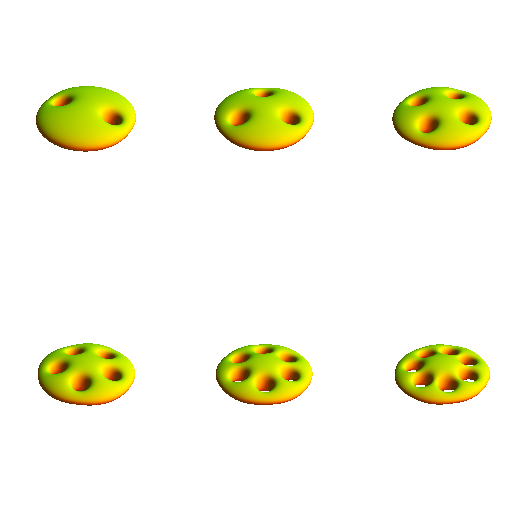 Note: The expression fn is $10\,z^2$ plus the sum over all points pts of $k\,d^2 + l/d^2$, where $d$ is the distance to the point (dropping $z$ coordinates) and $k$, $l$ are coefficients depending on the number of holes $n$. The upshot is that the function goes to infinity at the vertical lines through the points and as $(x,y,z)$ moves away from the points. 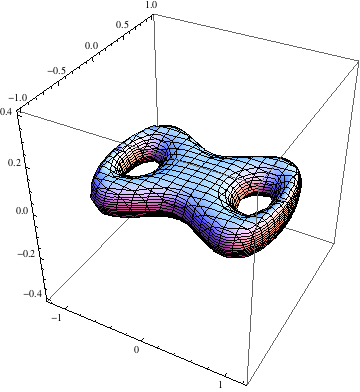 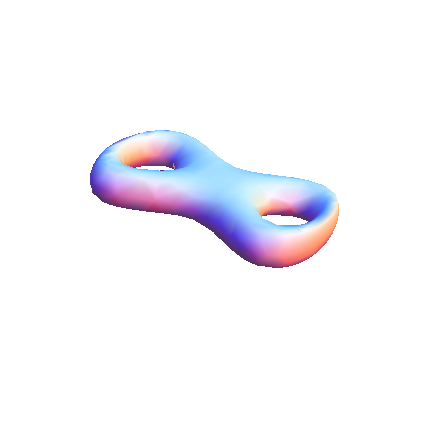