How can a set of rules be applied to edit strings within a list of lists while maintaining list structure?

In attempting to read a webpage ("https://www.house.gov/representatives#by-name") I have managed to import a table using

I've eventually been able to massage the text, which contains a number of line feeds and blanks and comas at different levels within the table as well as a variable number of columns in each row, into a single table of Dimensions[n,6] of which [11,3] are shown here. However, note that the now third column contains a rather inconsistent series of strings, which I would like to edit following each committee name by a linefeed ("\n") using a list of rules.

As one can see the committee names in the 3rd column are not in a columnar form for each representative and the names run together. Because in the larger list there are many combinations of committees that can not be easily replaced by a single StringReplace[table21,{"a"->"a\n, "b->b\n"...}] expression, I have created a list of rules using Thread as follows:

Although I can convert the entire table to a String by doing a StringReplace to effect these edits, in doing so I lose the desirable list structure and getting it back is complicated by the presence of comas used differently in different elements within the list of lists.

I've tried various combinations of Replace, StringReplace, Map, and MapAt trying to take into account the suitable levels and parts to edit this one column leaving all others the same. However, I have not met with success. A few other questions give hints but I am stumped. How can this be done? 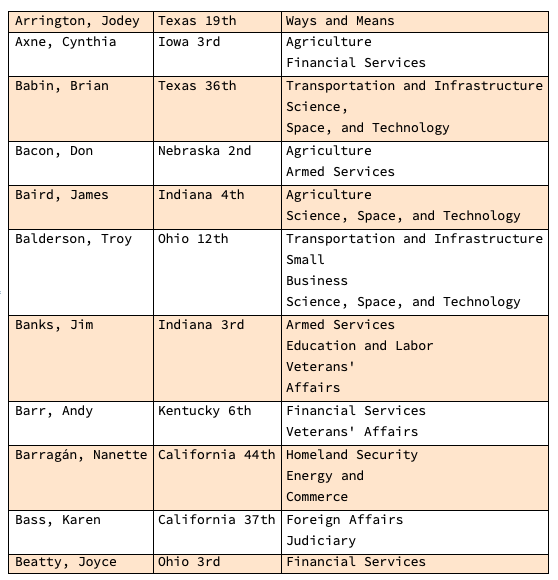 Based on comments, I think you can start defining a set such as

and then use that as follows 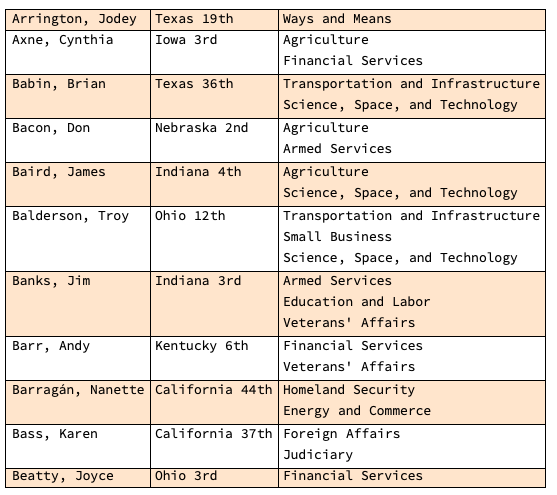