How do I plot a plane AND a graph in ONE 3D Plot?

I want to plot the Van der Waals-equations, specifically the part in which the Van der Waals loop is shown. First I tried plotting it with the Plot3D[] function, tho the upper edges are very uneven and even with MaxRecursion set to 15 I couldn't get rid of the problem.

When I used the ContourPlot3D[], I didn't had that problem.

Now I want to have a graph which a specific value for T (such graphs are called isotherms), which is plotted in the same ContourPlot3D. Also, I want to create a slider, in which I specify the value for T. I do know, that the Show[] function can be used, but don't know how to use it in this scenario since I want to plot two different things (a plane and graph) in one 3D plot.

Is there a way to to that? If yes, I'd be very thankful for your help :)

Thank you kglr! Tho does anyone understand why these uneven edges occur when using the Plot3D function and why there's a hole in the function plotted using ContourPlot3D? 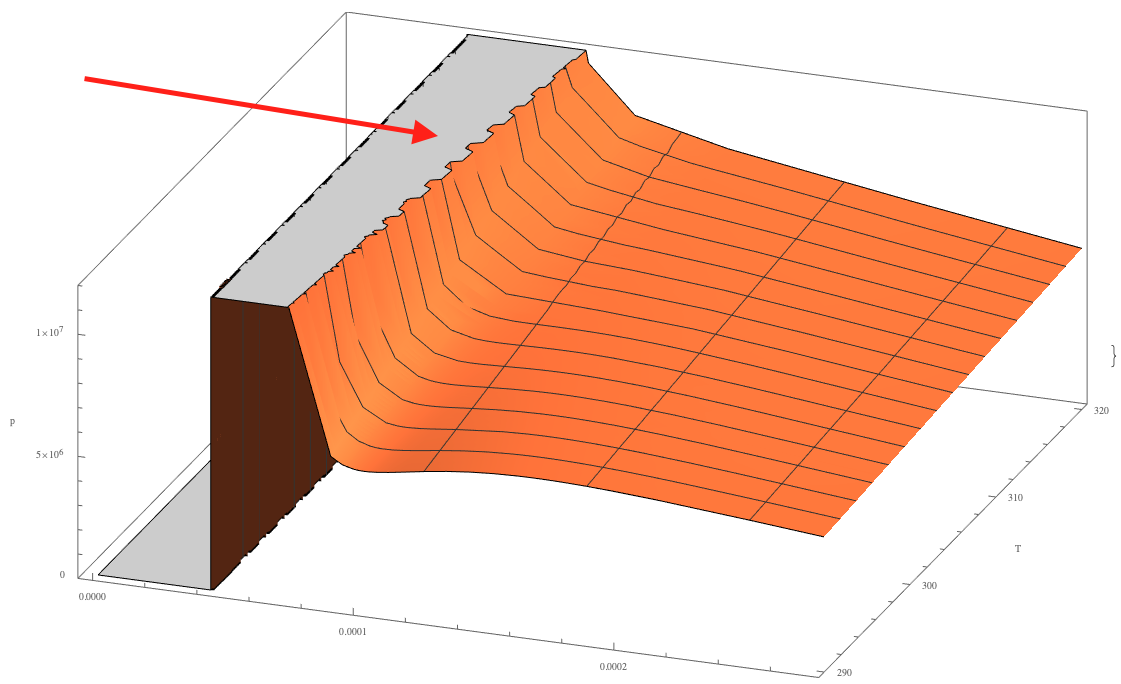 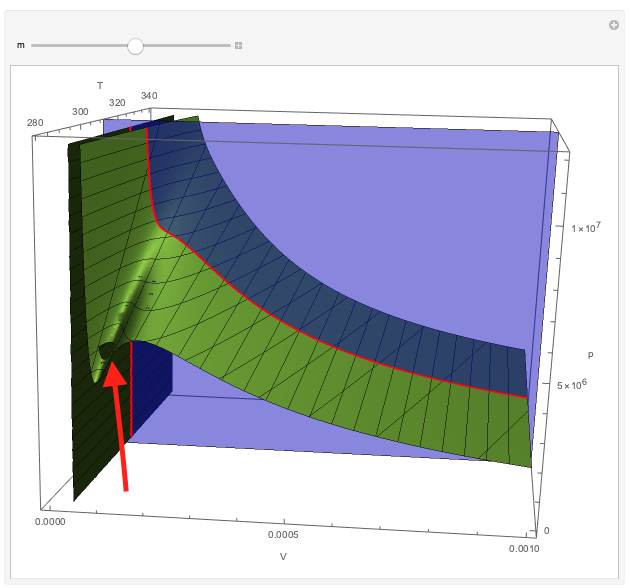 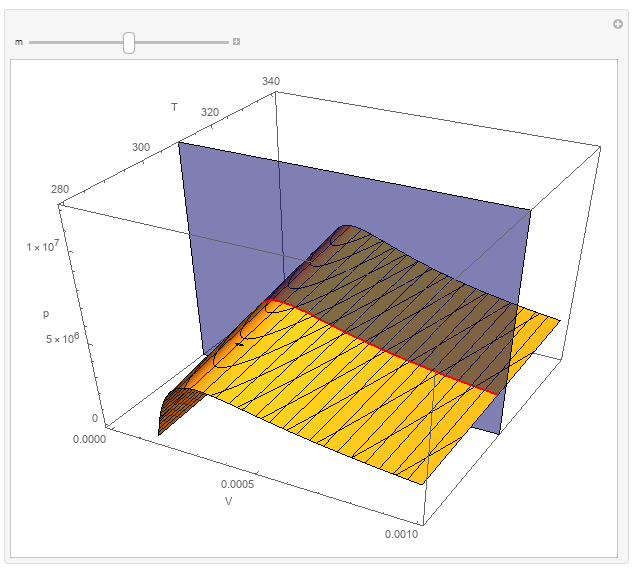